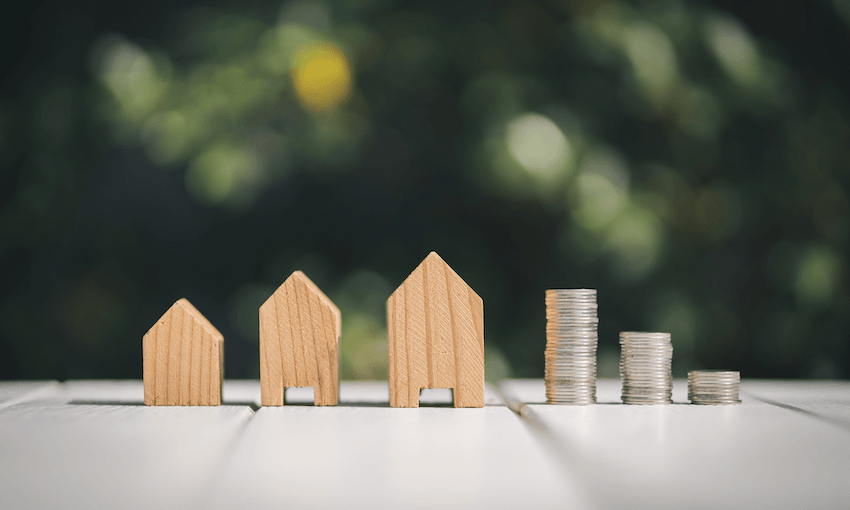 The life cycle of savings: Why debt isn’t the end of the world

Most of us see student loans and mortgages as a burden, but the NZIER public good team says debt can be part of a long-term savings strategy.

If you’re a young New Zealander, chances are you’re getting mixed messages about what to do with your money. On the one hand, you might’ve heard it’s your moral, patriotic duty to support local businesses (by buying their stuff) to help them through the shock of Covid-19. Or at least thought you heard it, and now suggest going to the pub “to support the economy” with a wry glint in your eye. But at the same time, you may be feeling the pressure to save, be it for a house deposit, travel (one day…) or an even rainier day. You might see your income get channelled in other directions, every paycheck based on decisions you made years ago – paying back a student loan, or building up savings through Kiwisaver. The point is, many of us spend our 20s to 30s not only in debt but also attempting to save for a house deposit so we can take on another debt (the mortgage).

If it’s any comfort, people have been spending their first half of life in debt for decades. In fact, some economists came up with a theory called the “life cycle hypothesis” back in the 1950s to explain how we manage money over our lifetimes, and it’s still relevant today.

The “life-cycle hypothesis”, coined by economist Franco Modigliani, explains how we spend and save over our lifetimes. Basically, the theory recognises that our incomes can change significantly over the course of adult life – in general, we earn a bit and as we get older we earn a bit more, then at some point, we retire and stop earning altogether. But we want to spread out the use of our entire lifetime of income more evenly.

We can break it down like this. When you first start work, you probably expect to be earning more in the future (unless you’re headed towards a major change, like reducing work hours or leaving the paid workforce). And following a period of higher income, most people intend to stop working, but carry on living, for some years. But while our income fluctuates over a lifetime, we still need stuff at a fairly constant rate (a place to live, food, clothes, and so on). The life cycle hypothesis suggests that we can make our spending much more consistent over our lives by borrowing when young, paying it back when older, and saving in those higher-earning years to fund retirement.

Now obviously, most people don’t sit down with a calculator on their 16th birthday and work out how to achieve the perfect mix of spending and saving over their lifetime. For a start, we don’t know what we will earn in the future until we get there. And, sorry to say it, but we also don’t know how long we are going to live for.

But you may have already taken steps towards a more consistent income without even realising it. For example, if you’ve got a student loan, you borrowed money from your future self to fund your studies. And if you’re earning money, it’s likely a bit of your salary is going to Kiwisaver, so you’re already also saving for your future non-working self.

On the face of it, the life-cycle hypothesis has serious individualistic vibes. But it’s actually a cycle on a national scale, with generations relying on each other at every stage. When people reach retirement and use their savings, those savings are often tied up as an investment which they need to sell to someone else. Typically, the buyer is a younger person in the savings stage.

It’s also got a lot to say about our overall national savings rate, which has major policy implications for issues which affect us all. In a country with a growing population, there are more younger people than older people, so that means more people are in the saving stage than the dissaving stage (spending money beyond your income). So on a national level, the total dissaving will be less than the total saving, making net positive saving. And if each generation is earning more than the one before, the young will be saving at an even higher rate than the old are dissaving.

This means that on a national scale, it’s the growth of total income, not the level, which matters for overall saving. That’s important because the national saving rate is the key to meaty policy questions – like to what extent is the government responsible for pensions? And what is the right retirement age?

So do we save enough?

On the face of it, New Zealanders save less than people in other countries. When you look at our ratio of saving to income, it’s below that of other small countries with comparable economies.

But this measurement doesn’t account for a popular Kiwi way of saving – buying property. With houses likely to be worth more in the future than they are today, they’re not only a place to live but also a form of saving. For many New Zealanders, homeownership is a key cog for a smoothly functioning financial life-cycle. By paying off a mortgage throughout earning years and downsizing upon retirement, many hope to use the extra money (from selling the house for a higher price, minus the cost of buying the smaller, cheaper house) to help through the non-earning years. In other countries, people use other assets to increase savings, like bonds and shares – we invest in these here, but to a lesser extent.

There are several theories about why New Zealanders tend to prefer property. For one, there’s no capital gains tax (a tax on selling property for profit). We also have low-interest rates, making mortgages cheaper. With banks not keen on lending cheaply to people without assets, mortgages are one of the only ways to access affordable loans. We may have got into the mindset that houses are a stable way to save. Or we might, you know, simply like houses.

But while house price increases are excellent for those at the later stages of the cycle, it’s not such good news for those who are trying to buy their first home. Saving for a deposit takes longer than it used to, so the average age of first-time buyers is going up. Both income and life expectancy are increasing, but not as fast as house prices, so we’re left with fewer years of earning to pay off the mortgage. Many first-time buyers are now relying on financial help from parents to get on the ladder.

In theory, this is great, because it’s just another way to transfer increased wealth between the generations, and makes up for the disproportionate house price increases. However, not everyone has a parent or relative in a position to lend. This worsens inequality, because those with parents who can afford to help get the opportunity to buy houses when they are cheaper, can pay off a mortgage earlier, and also save on years of rent.

So what should I do?

If the BOMAD (Bank of Mum and Dad) option is available to you, great.

If it isn’t, borrowing from your future self is still possible. Researchers in New Zealand recently showed that continuing education as an adult (aged 25–59) increases earnings, particularly for women. Of course, there’s still an onus on employers to invest in your future, and on the government to ensure loans are accessible and cheap. With student loans available up until you’re 55, education can be a sound long-term investment. Or you could make the most of the new, free apprenticeship scheme, where you can earn, train, and get formal qualifications, funded by the government.

Basically, don’t be scared to back yourself. If you’re already in debt from student years, don’t panic. It can take time to see the benefits, but chances are your future self will thank you later.

NZIER
Made possible by

How do we pay for the Covid-19 stimulus package?

Phrases like 'quantitative easing' and 'official cash rate' are becoming part of our everyday language. But what do they mean, and how do they explain the stimulus package?
By NZIER
Public Good Team