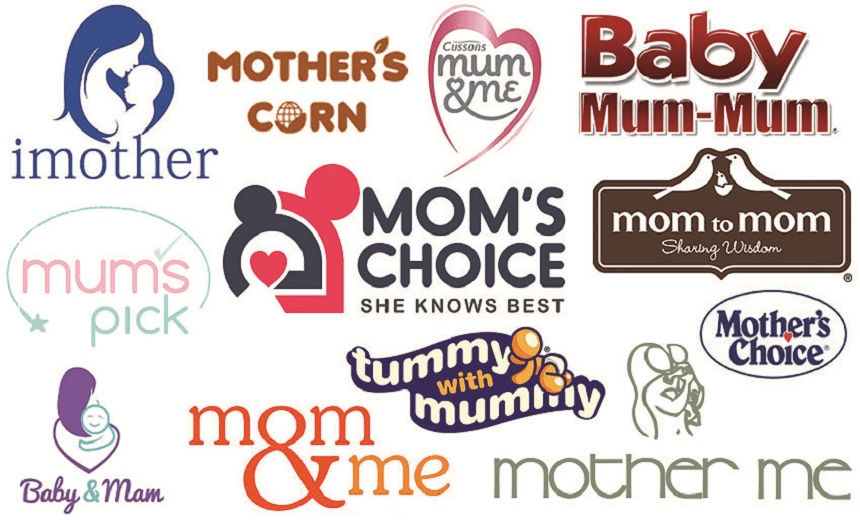 At-home dad Adam Mamo is sick of advertising around parenting brands. Why, he asks, does everything have to be so gendered?

Being a new parent is stressful, and becoming a fresh target for incessant parent-focused advertising only makes it more so. The very worst ads try to cultivate fears about your child’s health and development, but the ‘trust us, we know what you’re going through’ ads aren’t much better.

These sort of ads heavily target mothers – either in the brand name itself or in ad copy that uses phrases like ‘the first choice for mums’. And it’s unnecessary, exclusionary, and makes assumptions about who is making purchasing decisions. All in all, it’s just a bit bullshit.

At least that’s what I’m thinking while I put a Mum 2 Mum bib on my toddler before loading him into a Mother’s Choice stroller and handing him a Baby Mum Mum cracker. I’ll fill up his mOmma BPA-free water bottle and make note to visit the Mummum NZ website later to buy some new Mother’s Corn biodegradable plates.

What’s strange is how my simple dad brain can make sense of these intensely mum-specific products. And how do they not just break in my large coarse dad hands? Maybe because all these items aren’t actually designed for mums – they’re made for kids.

Mountain Buggy, now that’s a brand name. A name that says it’s a rugged buggy ready to go anywhere – even a freaking mountain. The smart heads at Mountain Buggy know that. But let’s imagine on brand naming day they weren’t so slick and instead named their new stroller range ‘Dad’s Bad-Ass Buggy’. Many of those around the meeting room table were men, and some were dads – so they knew their stuff, right? Then they included a killer tag line: “Made by bad-ass dads, for bad-ass dads”. Done.

Later at a mums coffee group, conversation turns to strollers:

Would it really go down like that? Of course not. Mums don’t roll like that. Yet dads just accept mum-centric branding, or at most cop it with a bemused “whadda you gonna do?” smirk.

But I knew what I was going to do. I was going full grumpy old man on this situation and write a letter. Well an email at least, sent to New Zealand business success story Mum 2 Mum.

For the record, I find Mum 2 Mum bibs and toddler wet weather gear to be practical and hard-wearing. But the brand name is unfortunate, because the products are well suited to my fast and loose dadding style. Under different circumstances I think Mum 2 Mum and I could be friends. But I had an email to send, and following suitable pleasantries I shared my thoughts:

I’m writing about your brand name ‘Mum 2 Mum’ as I feel it excludes fathers and the increasing work they do raising children in modern family environments. I understand the sentiment behind the name, and its link to the practicality and thoughtfulness in your products. However, as a stay-at-home dad, every time I see the label I’m reminded of the areas of our society that still view a father’s role as secondary in the day-to-day raising of children. This may not be your company opinion, but through brand names and advertising directed solely at mothers this is subtly and continuously reinforced.

While I think your gear is great, I won’t be purchasing anything with a Mum 2 Mum label again. I think all Kiwi dads need to push harder for a shift in perception that sees us recognised as having a parenting skill-set on par with mothers, and also take pride in being the first generation of NZ men to do so. To achieve this we can’t continue accepting branding and advertising that either portrays fathers as incompetent characters, or deliberately excludes them.

So how would Mum 2 Mum respond to the 1 Dad protest I had going on? Twenty days later I received a reply from the company and after suitable pleasantries my concerns were addressed:

Mum 2 Mum is the brain child of 2x Mums with 2x children (hence the name) that also have 2x full time dads and grandparents in their lives each and every day – we view our products as practical yet functional products that have been produced to simply make lives easier for ALL parents EVERYWHERE… and actually sometimes a parent can be a Mum, a mom, a dad, a father, a grandparent or even an aunt, a uncle of even a special person like a guardian.

On reading the response I immediately felt guilty. I’d selfishly forgotten that grandparents, aunts, uncles and even special people like guardians had also been excluded from the Mum 2 Mum brand name.

It was the perception of the brand name I wanted to discuss rather than its origin. But that was interesting too. I couldn’t crack the equation of 2x Mums + 2x children (each) + 1x brainchild = Mum 2 Mum. Perhaps I needed a scientific calculator, but I do words not numbers and that’s how I noticed Mum 2 Mum is a cute palindrome, and who doesn’t dig those.

Despite Mum 2 Mum’s kind yet vague response. I still feel that mum-themed branding isn’t a good fit with how parenting is today. Is it really that hard to replace the word ‘mum’ with ‘parent’? When we’re told that a product is “chosen by 9 out of 10 mums” why not say “9 out of 10 parents”? What’s the difference?

In the future there’s only going to be more dads making purchasing decisions for their children. But there’s alos going to be an increase in two parent families where neither parent is a mum – yep, my two dads. Are they really going to be excited by a Mother’s Choice car seat?

Dads shouldn’t have an issue with mum blogs, forums, coffee groups and playgroups or any support network between mothers. They should recognise the value of these resources during a challenging time for women. But these companies make tangible products, and not maternity bras either – products designed for children and the parents who use them. By using the word ‘mum’ in branding and advertising, they’re both cashing in on the goodwill of mum communities and also diluting it.

So what’s the answer for companies like Mum 2 Mum? Expensive rebrands that may damage their strong marketplace reputations? It’s extreme – but yeah. Rebrand now and make it known why: to be inclusive, to modernise, and to end the assumption that if you’re selling kids’ gear, only mums really matter.