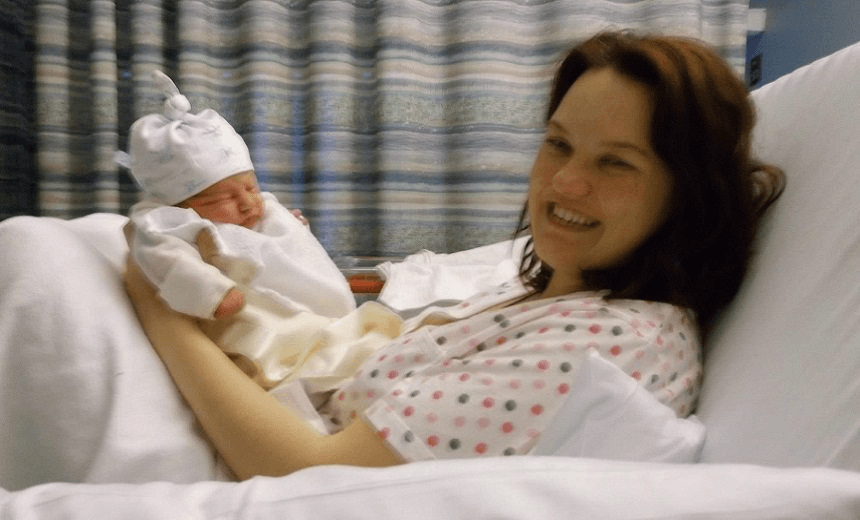 Emily and Eddie five years ago

Energy poverty is real in New Zealand. I’ve been there.

Emily and Eddie five years ago

One in five New Zealanders live in energy poverty, forced to choose between adequately heating their homes and other life essentials. Emily Writes looks back at her own experience raising a family in a drafty, cold, damp Kiwi home.

One in five Kiwis live in energy poverty. That’s not good enough, so our friends at Flick are taking responsibility for driving change. Thanks to your support they’ve hit their target of 10,000 Facebook shares for the campaign, and Flick will donate 10,000 LED bulbs to a household in need. Find out why you should Give a Flick.

When my first son was born my husband and I were renting a typical Wellington house. It was cold, a little bit damp, and you could only heat one room at a time. The windows leaked but on nice days the sun would pour in and dry the house out. So really, we were lucky.

When our little one arrived we moved our mattress into the lounge because that’s where the heat pump was. The three of us slept there with the heat pump cranking over night. As soon as we woke, we would quickly shut-off the heat-pump and put on jackets.

Before we married we had lived in a house without a heat pump, without windows that closed properly. We wore coats to bed and dozens of heavy blankets. We could not believe our luck that we were finally in a rental that didn’t require us to wear a coat to bed.

We bathed the baby under the heat pump and dressed him there too. The lounge was the only room in the house we could heat. We were in a much better position than many of our friends with babies.

We were both earning a decent enough income, but power bills were terrifying. One month I sold my computer to pay for a sudden $450 bill. Our house was tiny – barely two bedrooms and the kitchen could only fit one person. Yet we had to go to Cash Converters twice over winter. Ironically, one of the times was to sell our dehumidifier to pay for our power bill. As soon as we turned the heat pump off the whole house would be freezing in minutes. We hung heavy robes on the toilet door because even a quick slash would freeze your ass off.

When our baby was three months old we moved into a house that was warm and dry thanks to the generosity of my husband’s mother. We were incredibly lucky as our son was in hospital with a respiratory condition he had been born with. If we had stayed where we were, I can’t imagine what recovery would have been like for him. I can’t imagine returning to a cold and damp house with a baby who had just had surgery to breathe.

But this is the reality for so many families in New Zealand. I am immensely lucky that through family support I was able to get stable housing. I know many families who don’t have that. And many families who when winter comes along think ‘what can I sell to pay my power bill?’ or ‘If I put all of my kids in one room will I be able to heat that room?’

We have elderly in our communities who do not use their heater for fear of receiving power bills they cannot afford. Our most vulnerable are literally freezing.

There is a name for this: energy poverty.

The technical definition of a household suffering ‘energy poverty’ is one that needs to spend 10% or more of its income on fuel to keep the house temperature at a healthy level. But it’s generally accepted that a household is energy poor if they need to spend an excessive amount of their income on heating.

The World Health Organisation says that the healthy temperature for a home is 21 degrees in the main living area and 18 degrees in the rest of the house. If people are home all day, heating needs to be available for 16 hours per day; and in households where people are mainly away at study or work during the day, that heating should be available for nine hours per day.

Energy poverty is happening in New Zealand. In fact, New Zealand has the lowest space heating intensity in the developed world.

It is happening to many families I know. But this isn’t just anecdotal. The University of Otago has published research that says an astounding one in five New Zealanders have experienced energy poverty. And it’s killing our tamariki and our most at risk communities.

According to University of Otago research, energy poverty is thought to be a factor in New Zealand’s high rate of excess winter mortality. Over winter there are an additional 1,600 deaths a year. Winter hospitalisations account for 8% of all hospitalisations.

My children are just two of the babies born with respiratory conditions that mean they are very vulnerable to the damp and the cold. Over the past year more than 25,000 children were admitted to hospital with respiratory issues.

Respiratory disease has a strong correlation with unhealthy homes. Parents know this, but when we are trying to cover the cost of crushing power bills, where is the money to buy lined curtains and a dryer so you don’t have to hang your wet clothes inside?

So what can be done? It’s imperative for New Zealand to accept and then own this problem. It’s only then that we can really start looking at solutions and make these solutions to those that are most in need.

There are ways to save power. For example, energy efficient LED lightbulbs can slash 80% of a household’s lighting costs – around $400 per year, or 20% of the average household’s total electricity cost. LED bulbs also have an estimated 10 year life so the savings really add up over time.

But the upfront cost of energy efficient lightbulbs is prohibitive for most families suffering energy poverty. So it’s just not enough to say “buy these lightbulbs”.

It’s for this reason that Flick Electric, sponsor of The Spinoff Parents, has started Give a Flick, an initiative to meet those upfront costs so families in need can start saving money on their bills.

Until Flick launched, the only way to save money on your power bill was to use less electricity. I was told time and time again when I struggled with power bills to just “use less power”. This is a terrible message to people who are already going without.

With Flick, you can use the electricity you need to live well, but pay less for it by using it at cheaper times of day. On average, Flick customers pay around $389 less a year, even without energy efficient bulbs.

I will never forget sitting in a friend’s lounge with a blanket over my knees and my coat on while her baby coughed violently. We accepted this, because what else could we do? When power costs too much, you just can’t use it. It’s that simple for a lot of families.

Well, that’s not good enough. We should expect more – and frankly we should demand more. Wages should be higher. Power companies should be ethical. New Zealand should not be known for its freezing houses and its exorbitantly high power costs.

Families need to stand up for families. Nobody wants their baby or their grandparent to suffer so someone else can profit. It’s time to say enough and to do something about it.

One in five Kiwis live in energy poverty. That’s not good enough, so our friends at Flick are taking responsibility for driving change. Thanks to your support they’ve hit their target of 10,000 Facebook shares for the campaign, and Flick will donate 10,000 LED bulbs to households in need. Find out why you should Give a Flick.