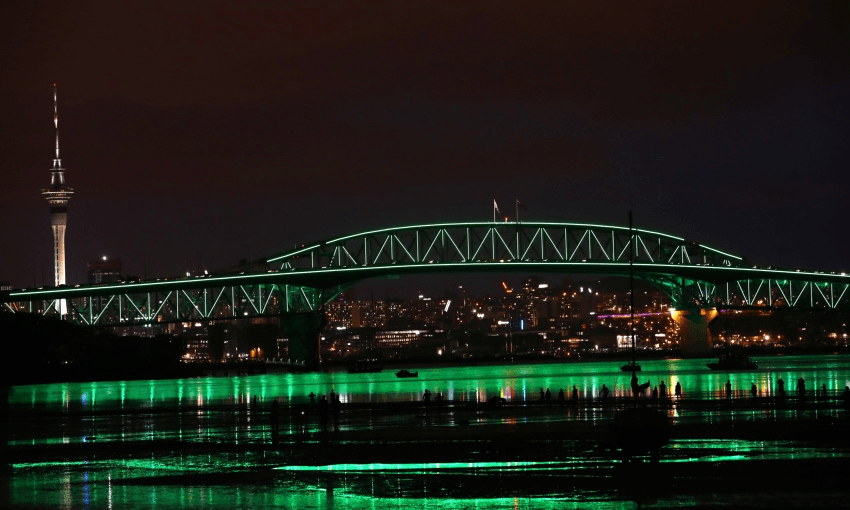 Is New Zealand actually, really ‘clean and green’ when it comes to energy?

World Energy Day has put a spotlight on New Zealand’s sluggish progress towards net zero carbon emissions by 2050. Vector’s Beth Johnson explains why the time is right to accelerate.

This week, Vector Lights on Auckland Harbour Bridge will celebrate the special occasion of World Energy Day by shining a light on the history of New Zealand’s energy supply.

The event is a chance for us all to stop and really consider whether we’re doing all we can as a nation to set ourselves up for the new energy future – and to have an honest conversation between us about whether we’re truly as clean and green as we’d like to be.

But first, a very quick brush up on our energy history.

Power to the people

When New Zealand was colonised by European settlers, they brought with them their ways of using coal and oil to produce energy which helped power their gold dredges. But dragging those heavy energy sources through craggy back country grew tiring. Instead, just casually, they pioneered some pretty incredible engineering that led to renewable (and carbon free) hydro-electricity (Shout out to Walter Prince and George Bullen.)

It was this number 8 copper wire ingenuity, literally, that spurred a hydropower revolution that set New Zealand on a course to renewable electricity awesomeness. Along the way we gave nuclear power the middle finger and discovered one of the world’s biggest gas fields. Today, 83% of our electricity generation is renewable, and 65% is carbon neutral. In all, we’re currently ranked among the lowest carbon dioxide emitting countries in the world when it comes to electricity generation.

Yet while most of that sounds neat, in principle it doesn’t count for much if the end game is to save the planet from annihilation. That’s because having heaps of renewable electricity is not the same as having a zero-carbon economy, and we need to have one if we’re to have a hope in hell of stabilising the environment for future generations.

What is a zero-carbon economy?

A huge proportion of the carbon we emit as a country doesn’t come from electricity: it comes from fossil fuels we burn for other purposes, like the carbon used by private and public transport (agriculture is another big contributor to greenhouse gases, but that’s a whole separate issue). To get to where we need to be, we are going to need to find a way to decarbonise transport and other uses of energy AND dump our fossil fuel addiction for good.

That means electricity will need to pick up the slack in other areas, like electrifying transport, which will bump up the demand we place on electricity storage, distribution, generation, and management. So we will need to get smart about how we do all of that to make the most out of our natural zero-carbon energy resources, like the sun and wind.

Striving for a post-carbon society will also be about accelerating uptake of technologies like solar and battery storage in our homes, businesses, and communities, so we can eventually get to 100% carbon neutral electricity. We also need to find ways to reduce our energy consumption at every turn, and invest in clever tech to ensure we’re making the absolute most of what electricity we’ve got.

There will still be parts of the economy where emissions will be inevitable (industrial high heat applications, etc) but we have environmental initiatives up our sleeve that we can lean into, like planting more trees and trading carbon credits until the technology arrives to remove these. If we can get most of this right, we’ll be nailing carbon neutral economy realness.

Where are we at now?

Outside of electricity generation, we’re not doing so well on the carbon neutral front. According to MBIE, only 11% of our total primary energy (energy in its rawest form) supply is zero-carbon, meaning there’s still plenty of fossil fuels being burned across many industries. That’s why it makes so much sense for us to convert as much of that as we can to a carbon-free electricity supply – it’s a quick win.

Central to all of this is the Zero Carbon Bill set to enter parliament next year which, once complete, will commit New Zealand’s emissions targets to legislation. The draft bill has already received more than 15,000 submissions, with a huge chunk of those coming from young people. Given the nature of our role as an electricity distributor, Vector put a submission in too.

Vector Lights for World Energy Day is going to be a yearly event to mark New Zealand’s progress towards getting our energy supply 100% zero-carbon by 2050. Vector Lights is part of a smart energy partnership with Auckland Council and on World Energy Day each year it will become a 90,000 LED barometer to remind us that together, we’re striving for a world where our grandkids arrive at our solar-powered homes by electric drone – as we “fire up” the induction BBQ, regaling them with stories of how we used to eat actual meat instead of these deliciously perfected heme kebabs, and how we used to worry if any of this would ever be possible.