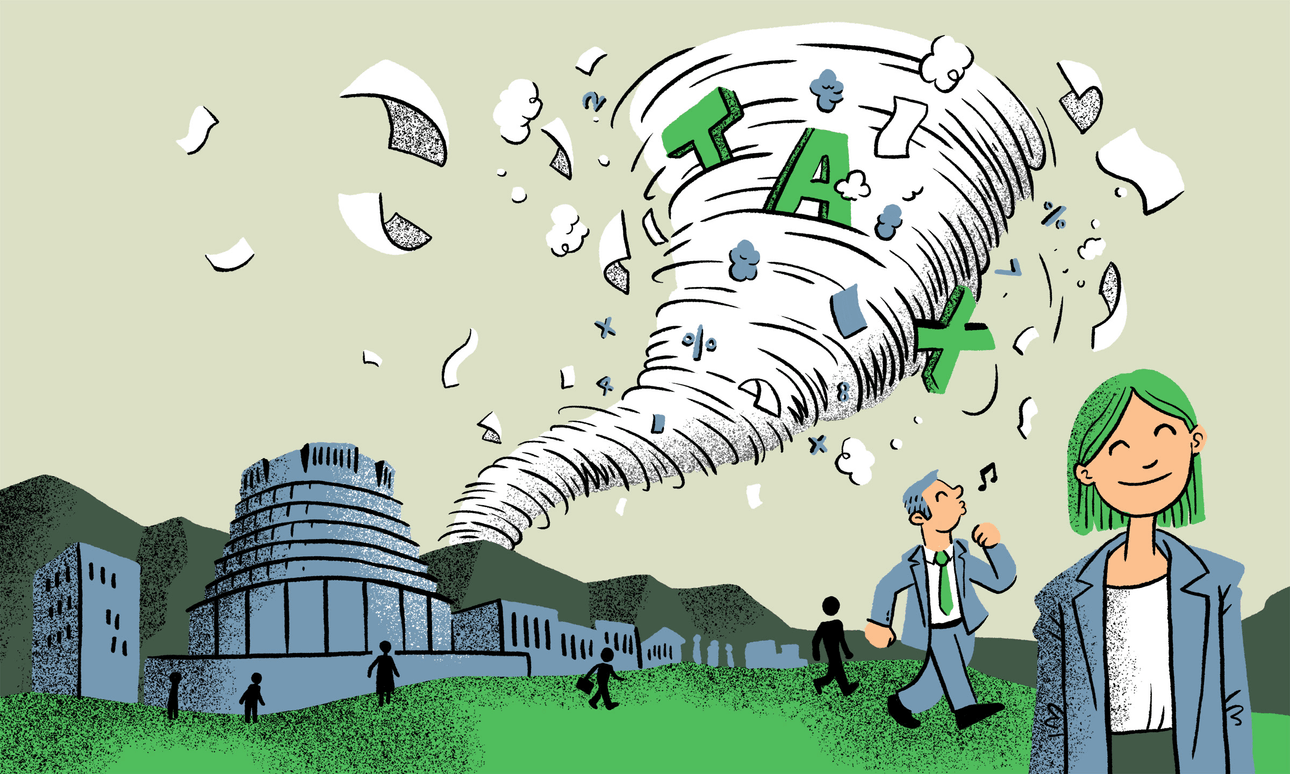 By Greg Thompson
Guest writer
Made possible by

Despite dominating the political agenda for much of the year, tax was barely mentioned in the budget. That doesn’t mean the work there is over, writes Greg Thompson of Grant Thornton New Zealand.

Budget 2019 was strangely silent on all things tax – odd given the level of investment and attention the Tax Working Group (TWG) received, not to mention the debate that raged about a possible capital gains tax.

The key areas of spending announced – mental health, improving child wellbeing, supporting Māori and Pasifika, building a productive nation, and transforming the economy – will largely be funded by tax revenue (and in some instances, borrowing).

The budget forecasts that tax revenue is expected to increase by over $25 billion dollars a year in a five year period to $105.6 billion per year. That’s a significant increase over a relatively short period of time, and the government is at pains to point out that the revenue as a percentage of GDP is expected to remain relatively flat. This indicates that there is an expectation of growth, both in the economy and particularly in wages, and a subsequent circular effect that increased wages will fuel increased spending.

Most of that tax revenue growth is forecast to come from additional wages and GST, with only a proportionally smaller rise in corporate tax collected; however, business growth is not being matched by business profitability which is another oddity arising from today’s announcement.

Of the additional tax, the largest part comes from wage inflation, a reflection of the tight labour market. Additional revenue is also generated from employment expansion, feeding off the underlying growth in the economy.

Critically, the government expects to collect $1.9 billion over that five year period in additional tax revenue from what is known as fiscal drag – rising income pushing people into higher tax brackets. Various governments have been confronted with this; the highest personal income tax bracket has been applied to earnings over $70,000, and that was back in 2008. Personal tax brackets have not been adjusted to reflect CPI increases or real wage growth and now many who would consider themselves middle-income earners are now well into the top bracket.

The government doesn’t seem to be in a hurry to address this issue, ignoring recommendations relating to tax bands made by the TWG. Given its inability to implement a CGT, any adjustment would hit tax revenue without much ability to make it back elsewhere. With an ambitious raft of social spending initiatives and the budget responsibility rules still in play for now, it really has little option but to allow brackets to continue to creep.

The critical issue facing New Zealanders is whether the radio silence about tax matters in the budget is merely the calm before the storm. Of the 99 recommendations made by the Tax Working Group, only a handful were explicitly declined by the government. The remainder were passed to officials to consider in the future as part of the tax work programme. And these were only matters that were within the scope of the Tax Working Group.

Globally, the tax landscape is in a considerable state of flux. International taxation rules proved inadequate to address corporate behaviour in the digital age, with multinationals structuring their entities to minimise or avoid tax. This is starting to be addressed by the OECD, and, along with changes in business practice, there is positive movement on these fronts.

The government had a reasonably robust position on these issues but has recently made legislative changes on esoteric but important areas like the hybrid, thin capitalisation and transfer pricing rules, and ongoing evolution of GST treatment. That said, with the globalisation of business opportunities and New Zealand’s desire to have a strong export focus, international taxation is equally as important as New Zealand taxation. With countries operating different tax systems to New Zealand, and taking a protective stance on their domestic economy’s position, the international turmoil for New Zealand businesses will remain for some time.

The amount of tax reform in the past few years has been significantly greater than in the decade prior. The government’s current tax work programme, unresolved issues from the tax working group, continued international tax reforms and the changing landscape of business mean that significant changes in tax will likely continue.

While this budget is relatively silent on tax, the business community should only take a small breather. It still sits in the eye of the tax storm, and there is no doubt that the maelstrom of continued significant tax reform will rumble on for years to come.