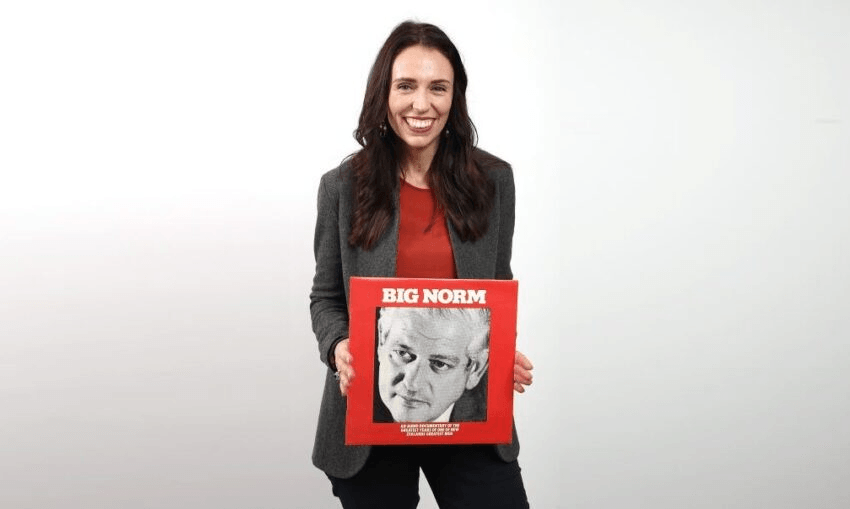 The famous words that Norman Kirk did not say

By George Andrews
Guest writer
Made possible by

Jacinda Ardern is one of many who invoke the venerated former Labour prime minister’s words ‘someone to love, somewhere to live, somewhere to work, and something to hope for’. The only trouble is, it’s unlikely that’s quite what he said. George Andrews, who interviewed Kirk at length, explains.

I was glad to see Jacinda Adern quote Norman Kirk while announcing the shift to alert level two, as she did again this week in a speech in Wainuiomata, and as she has so often elsewhere. But when she says that Norm said people just need “someone to love, somewhere to live, somewhere to work, and something to hope for”, the prime minister is perpetuating an oft-repeated error.

The words Norm actually used were:

I know because Norm said them to me when I interviewed him when leader of the opposition in 1969 for the NZBC. The misquote is pale beside the original.

I got close to Norm in 1969 when I was working for Checkpoint and TV’s Gallery. My wife, Ann, was seven months’ pregnant when she came with me to the Labour Party conference at the Wellington Town Hall in May. Norm noticed us as we were leaving, and came over to ask when the baby was due. We said July. Norm replied that he was expecting a grandchild around the same time. We should get in touch to wet the babies’ heads. Our son Julian was born on July 19. The following week Norm took leave from the House to come to our Thorndon flat. Somewhere I have my photo of Norm in front of our fireplace, cradling Julian in his big arms.

Soon after I had a tiff with Gallery producer Des Monaghan and quit TV to work full-time at Checkpoint. There really wasn’t enough for me to do. Current affairs boss Bruce Broadhead suggested I interview Norm for his obituary. We were to tell him it was for broadcast when he became prime minister. I don’t think Norm was under any illusions but agreed to do it anyway. He brought along his photo albums as a prompt.

We spoke for about an hour and a half on the portable Uher tape recorder of the time.

Norm didn’t win the 1969 election and Ann and I had already decided to go London where I could try a job with the BBC. The Kirk victory in 1972 was one of the reasons we decided to return to NZ. When he died in August 1974, I was a reporter on the documentary series Inquiry. Joe Cote and I made a tribute programme for Norm – returning to the rural communities that had helped elect him. I remembered Norm’s remarks about what mattered to people and retrieved the tape. I chose those words and laid them over footage from his visit to Taranaki in the Inquiry episode The Late Mr Norman Kirk. the first time those words were broadcast was on that programme, two weeks after Norm died.

I deployed them a second time to open the Big Norm LP that I produced later that year for the Labour Party.

Maybe the reason the words are so often misquoted is they have no verifiable source. Wikipedia continues to cite the wrong quote from the BBC after it was the inspiration for a four-part series Panorama made before the 2015 election in the UK. They may have been following TVNZ’s Sunday programme, which had done something similar. Reporter John Hudson says he got them from Mike Moore.

I had no idea of the currency his words enjoyed as I was cataloguing my radio and TV archive at Ngā Taonga Sound and Vision. TVNZ librarians told me the quote was the most-sought-after Kirk-related request and they were never able to find it.

The beauty of Norm’s language and its longevity makes it hard to imagine that he only ever used those words when he spoke to me. But until a better source turns up …

See also: The author of Diary of the Kirk Years on Norman Kirk, Jacinda Ardern and leadership.