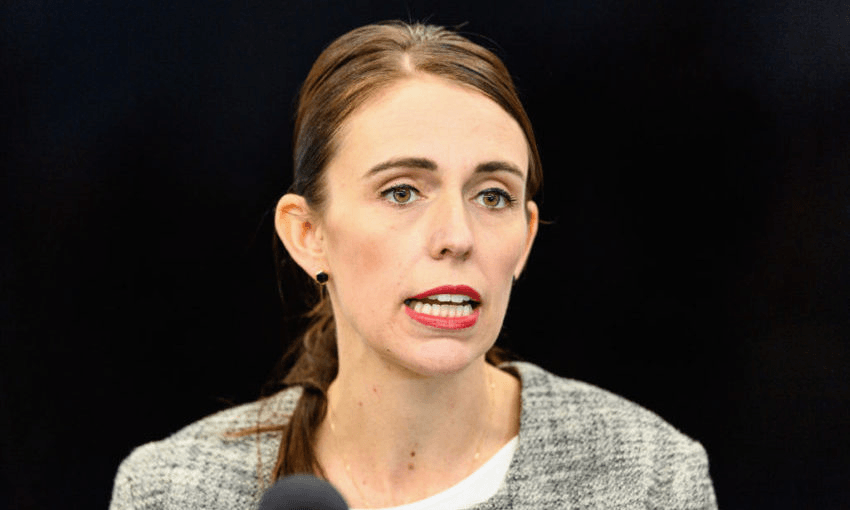 An alliance of groups is calling for an end to the law that can see people’s income support curbed if Work and Income NZ staff deem them to be in a relationship. Ricardo Menendez March of Auckland Action Against Poverty introduces the letter, which is published below in full.

Last week ActionStation, Child Poverty Action Group and Auckland Action Against Poverty, alongside groups from a wide cross-section of New Zealand, launched an open letter to the prime minister. We are asking her to change the law to end the use of outdated ideas of relationships which are depriving people of adequate income support.

The law doesn’t clearly define a marriage-type relationship, so it is left to arbitrary policy underpinned by outdated Victorian-era values of relationships. The Ministry of Social Development use arbitrary criteria to assess cohabitation, emotional commitment, or financial interdependence. This means close friends, flatmates, or new couples could be considered to be in a marriage-type relationship even though they do financially support each other. This affects over 300,000 people who receive support from Work and Income, who face the prospect of being pushed into further financial hardship, or completely losing their financial autonomy, because they’re considered to be in a marriage-type relationship. The consequences of this particularly affect people living with disabilities and women who may be experiencing domestic violence.

Each year thousands of people on the benefit are investigated by the Ministry of Social Development in order to determine whether they are in a marriage-type relationship. This includes invasively trawling through years worth of private details, interviews with third parties without your knowledge, or being asked about your intimate sexual life. Many of these investigations are started by an anonymous tip-off line where people can accuse beneficiaries of being in a marriage-type relationship. After being investigated by the ministry you may receive a massive debt or even be prosecuted.

We are asking the prime minister show true compassion and change this outdated law, ensuring people’s income support needs are determined on an individual basis. We are also asking an immediate end to investigations into the relationship status of beneficiaries and a review of related outstanding debts to the Ministry of Social Development.

The consequences of love: how finding a partner left me penniless

Her boyfriend abused her child. She was the one who was punished

No matter who we are or where we live, we all know that relationships and connections with other people are what help us through the hard times. That strong communities are formed when we can rely on each other.

When we lose a job, become sick, or our relationship breaks down, being able to ask the people who care about us for support, in the ways that meet each of our needs, is key to getting through those hard times.

Right now, the government is isolating people and punishing them for supporting each other during hard times, instead of encouraging people to build strong connections and support networks.

People in politics have written the Social Security Act so a person at Work and Income can decide to stop or reduce a person’s income support if they believe they have entered into a relationship “in the nature of marriage”.

What this means, in practice, is that people who start dating someone for up to six weeks, or have someone to stay up to three nights a week, or even people who have long-term flatmates, are having all their financial support cut.

This results in a random and unjust practice which lacks common sense. For instance, to determine if someone is reliant on another person financially, people have been asked by Work and Income caseworkers: “If they won the Lotto do you think they would give you some of it?”

This policy is eroding, not building, connections between people in our communities. It stops people developing new supportive relationships that over the long term help people live a normal life. It makes people fearful of connecting with others in case their income is cut by people in Work and Income, and harms their mental wellbeing.

Also, when people in government insist that a person becomes financially reliant on a new partner, it forces them, especially women, children and disabled people, into relationships that may be risky or abusive, without the financial independence to get out. It traps people in unhappy, dangerous and stressful living situations.

The government should instead be seeking to support strong connections between people and build strong, resilient communities. The solution is for people in government to change how relationships are treated by Work and Income New Zealand so people get what they need to live a dignified life that does not trap them in poverty and make them fearful to build relationships.

For instance, disabled people need to continue to get financial support to manage their health needs, regardless of their romantic status. And women raising children on their own need to have the financial independence to make decisions for the good of their children, whether they are in a relationship or not.

This government promised to overcome child poverty and overhaul a welfare system which is breaking – not making – connections between people. The government should be encouraging people to build strong connections because that’s what builds great lives, great communities and flourishing countries.

We are asking your government to individualise benefit entitlements to ensure that everyone can retain their financial independence, no matter their relationship status.

The Mental Health Foundation of NZ