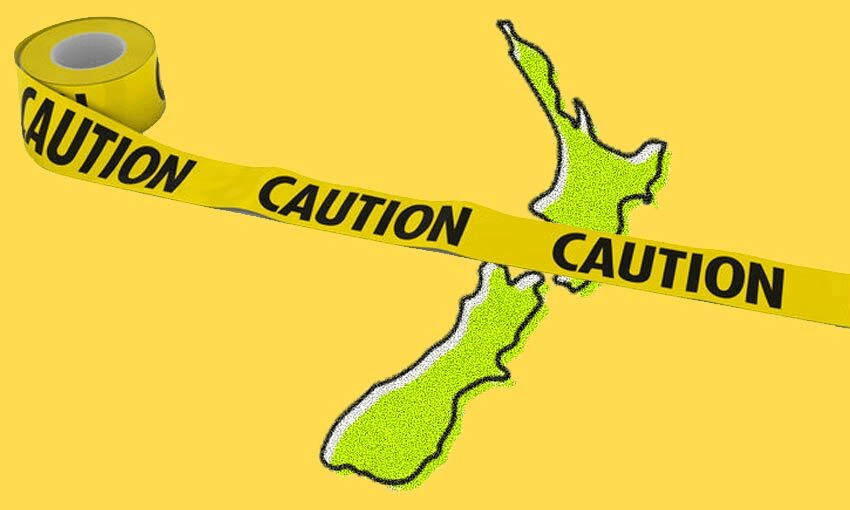 The government will unveil plans next week for how it intends to reopen New Zealand.

The government will unveil plans next week for how it intends to reopen New Zealand.

Mark August 12 in your calendar because it could be one of the most important discussions the country has this year: what does the end of Covid look like? Justin Giovannetti reports.

The big questions around the future of New Zealand’s Covid-19 response will take centre stage next Thursday when Jacinda Ardern unveils the advice she’s received around reopening the country’s border.

While the prime minister has reiterated over the past year that quarantine facilities and nearly shut borders won’t be with New Zealand forever, Ardern and her ministers have yet to speak in detail about when they might end. At a roundtable in Wellington next week, she plans to show her cards after months of work by a group led by Sir David Skegg.

While there’s a lot of gazing into a crystal ball, the government and Skegg’s work is guided by what’s been happening overseas, where some countries have shuttered their borders and reopened them in recent months.

Here are three of the big questions that Ardern and her advisers will need to answer:

When will enough of the population be vaccinated to loosen restrictions?

In the early months of 2022 all adult New Zealanders will have been given ample time to get two Covid-19 vaccinations, according to the government’s plan. That’s when the focus might start to shift from elimination to some form of living with the virus. It’s a central question the government tasked Skegg’s group with tackling and it should have a lot to say about the change.

Some modelling has shown that up to 97% of the entire population, which includes children, will need a jab to control more infectious strains like the delta variant. That’s unlikely to ever happen. But a double dose has been shown overseas to almost expunge the risk of hospitalisation from Covid-19.

Skegg was asked to design scenarios around vaccination rates for reopening, while also considering the risk to the non-immunised population from fewer restrictions. More travel, along with some vaccine hesitancy, could also have an impact on the health system. The epidemiologist has been asked to model that as well.

Reopening could be complicated if pockets of Māori and Pacific communities decide to forgo a jab. Early results from vaccines offered to border and health staff, along with people at greater risk, has shown lower than expected interest from both groups.

If that continues with the general population, does the government wait to loosen rules until a certain threshold is met or does it start an egg timer?

When does the country begin to ease travel restrictions for vaccinated travellers?

While Covid-19 response minister Chris Hipkins told reporters yesterday that “international travel is going to be expensive and difficult” for some time, air travel is picking up significantly over the Atlantic as countries on both sides of the wide ocean drop quarantine rules for vaccinated arrivals.

Despite some predictions to the contrary, including from former prime minister Helen Clark, a pent-up demand for travel is clear in the number of seats being snapped up on flights overseas.

New Zealand could start with fewer travel restrictions from residents and those returning from lower-risk countries, before opening up slowly to tourists and business travellers. There will still be a risk locally as emerging evidence overseas seems to indicate that vaccinated travellers can still carry Covid-19.

Australia’s four-phase reopening plan, unveiled in early July, envisages culminating with a return to pre-pandemic living. Each of the stages is based on reaching a vaccination milestone. It’s currently in phase one.

The country’s plan would increase travel numbers in the second phase, exempt vaccinated residents from travel restrictions in the third phase and finally, allow all vaccinated people to enter Australia without quarantine in the final phase. Even in a the fourth phase, which is being called a permanent return to normalcy, the Australians expect non-vaccinated travellers to show negative preflight and arrival tests.

When does MIQ end?

Some form of border facility will probably remain in existence for years, but New Zealand could begin loosening restrictions next year.

With a litany of problems in the booking system for New Zealand’s managed-isolation facilities in recent weeks, along with a strong desire for foreign workers from business, there will be a push next year or sooner to allow the vaccinated in without restriction.

First will be an expansion of travel bubbles, although the ongoing experience with Australia’s delta-fuelled outbreak could give the government pause to larger destinations. Instead, it is now focusing on low risk Pacific islands like Vanuatu, Tonga and Samoa that have barely seen any Covid-19 cases.

Ardern has been looking at countries opening up their borders overseas, calling them a series of “experiments” to inform New Zealand’s decisions. Those countries have broadly loosened restrictions down two tracks: One involves a reduction in length, cutting the time from 14 days to seven and then three, along with aggressive testing; the other is to start exempting arrivals who are vaccinated and returning from low-risk areas.

Much of the advice from Skegg’s group will centre around finding the balance between reopening and protecting public health. The country’s goal still remains keeping Covid-19 out at all cost. Yesterday, Ardern called that priority “a safe New Zealand”. The Skegg challenge is to offer a way to keep the country safe, while draining the moat that protects it.