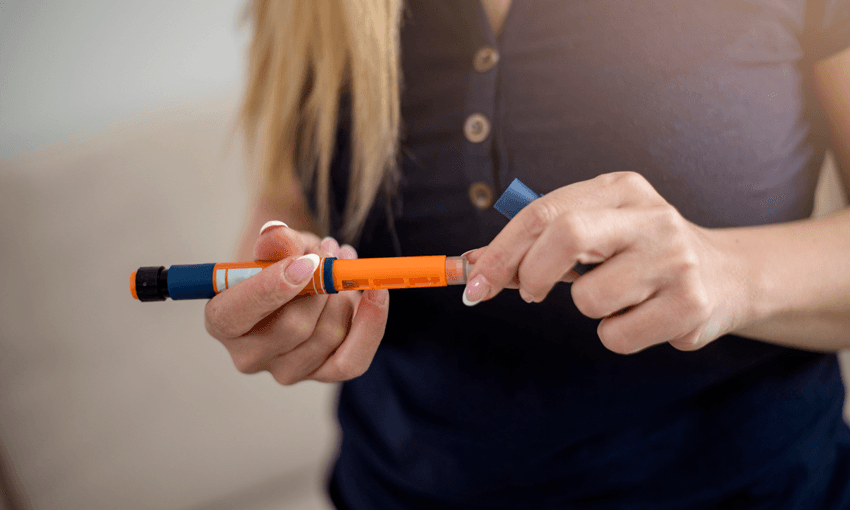 Diabetes treatment has an exciting breakthrough. Now the government needs to get on board

By Nicholas Agar
Guest writer
Made possible by

New technology could transform the lives of thousands of New Zealanders with type 1 diabetes, but the lack of government funding leaves much to be desired, writes Nicholas Agar.

I’m a type 1 diabetic writing this with a sense of excitement about a breakthrough in the treatment of my disease.

When I was diagnosed in 1990, my doctor cheered me up with the news a cure was on its way. Diabetes was essentially a solved problem. In five or so years, there would be an implanted device that would protect replacement pancreatic islet cells from the ravages of my malfunctioning immune system. A few years of injections and blood tests didn’t seem too much to endure.

I’m still waiting. My personal experience with diabetes is much like our collective experience with cancer. Ever since US President Richard Nixon declared war on cancer in 1971, we’ve been repeatedly told a cure is imminent. We get better therapies, but the cure is perennially delayed. And so it was with my replacement pancreas.

My current excitement is about something that, although far from the implanted device I fantasised about in the early 90s, takes significant steps toward one.

For a while now, diabetics fortunate enough to be funded by our government have had pumps that infuse insulin into their bodies replacing multi-day injections. The big news is about combining pumps with sensors that tell the pump how much insulin to infuse. This “closing the loop” takes much of the guesswork out of type 1 diabetes. Diabetics are no longer forced to oscillate between potentially lethal low blood sugars and organ-wrecking high blood sugars.

You’d think New Zealand’s type 1 diabetics would be supported to join diabetics in Australia and the UK to enjoy the benefits of this new technology. Think again.

Health Minister Andrew Little recently said: “I absolutely understand why New Zealanders suffering from type 1 diabetes and their families want affordable publicly funded access to the latest treatments and devices for the control of this disease … However, there does need to be good evidence to support the case for funding them. This government respects the independence and impartiality of Pharmac.”

The “independence and impartiality” of Pharmac matter for clinical decisions. In cases where the therapeutic benefits of an expensive medicine are disputed, it’s important Pharmac not be unduly swayed by patients’ desperation to give it a go. But no one here is disputing the therapeutic benefits from the new technology. The question is how much money Pharmac can spend on proven therapies. When deciding which medications to fund, Pharmac is required to prioritise. It explains: “Possible opportunities for new investment will always exceed the budget Pharmac has available; therefore prioritisation is an intrinsic part of Pharmac’s decision-making process.” And so we come back to Little.

He expects Pharmac to carry the can for a government refusal to pay for a costly advance. Aotearoa is a comparatively wealthy country, but poorer than Australia and the UK, which have the cash to splash out on their diabetics. Blaming the intermediary is convenient for a minister continually fielding the demands of sick people and their advocates.

There’s a limit to the amount of money that can be spent on new medical therapies. Along with the narrative about the search for a cure for cancer is another recurring story about the record-breaking prices for the latest cancer drugs. New Zealand cancer patients sometimes find themselves as collateral damage of drugs priced for deep-pocketed US insurance companies. And often the therapeutic benefits of these cancer tech marvels are disappointingly modest. If Pharmac paid whatever Big Pharma thought its cancer drugs were worth, the government might not have money left over for schools and roads.

But it’s wrong to view this latest advance in diabetes as similar to medical advances priced with an eye to US insurance companies. For a start, its clinical benefits are confirmed. Uncontrolled diabetes ends up costing New Zealand taxpayers a lot when they have to pick up the tab for kidney failure or blindness, expensive conditions whose political saving grace is they tend to be delayed, falling outside this electoral term.

Indifference to the plights of New Zealand’s diabetics will not be without consequences. Every time the government says no to deserving people, there is a crack in the solidarity that sustained us through Covid-19. New Zealanders really bought the myth of the team of five million. These cracks can accumulate like microfractures in glass causing an apparently pristine tumbler to abruptly shatter.

Nicholas Agar is a professor of ethics in the philosophy programme at Te Herenga Waka—Victoria University of Wellington.