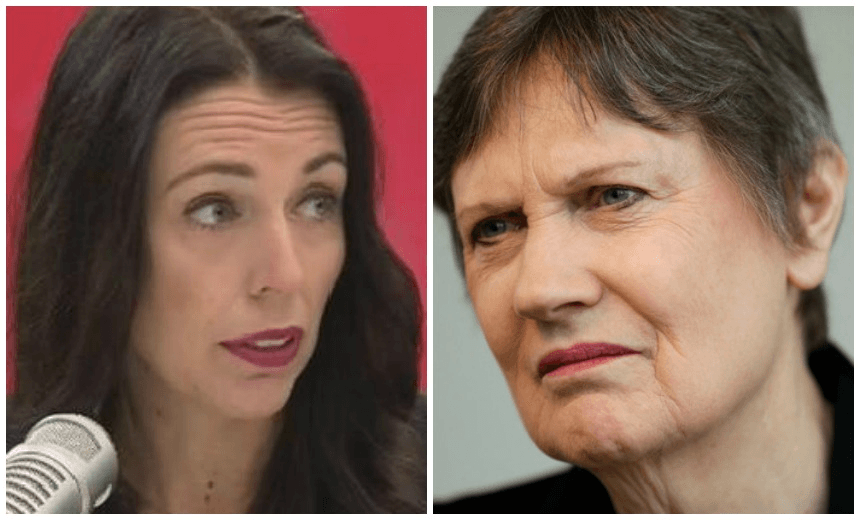 Jacinda Ardern is no Helen Clark – and for Māori, that’s a very good thing

Jacinda Ardern’s first week as Labour leader has brought a flood of admiring comparisons to Helen Clark. But Miriama Aoake argues that the comparison is false, largely because Ardern has proven more engaged with the concerns of Māori than the far more cynical Clark.

Jacinda Ardern last week became the Labour Party’s fifth leader since Helen Clark stood down in November 2008. She has, inevitably, drawn comparisons to the former prime minister, and I acknowledge comparisons are inevitable. They are, however, incredibly unfair.

New Zealand is under a web of inescapable settler anxiety that we refuse to accept, let alone digest. We laud Clark with the Aunty epithet, yearning for her return and bring the panache with which she ruled in domestic politics. We throw unyielding support behind her bid to contest the role of UN Secretary General. We love her accessibility and her down-to-Earth, Kiwi attitude for settling online squabbles and pub disputes. We absolutely refuse to acknowledge her abysmal and strained relationship with Māori, for which she has zero regrets and makes no apology.

Twenty thousand participated in the Foreshore and Seabed hīkoi in 2004, the largest support since the 1975 Land March hīkoi. Yet we don’t address its historical significance because it was categorised as a purely Māori issue. Māori issues do not warrant the same level of concern or understanding as ‘New Zealand’ issues; media outlets and state agents exhaust themselves maintaining polarity between the two.

Helen Clark’s Labour was in government at the time. Labour had usurped a Court of Appeal decision that vested jurisdiction in the Māori Land Court to decide customary title for Ngāti Apa in the Marlborough Sounds. Customary title was guaranteed as per Article two of Te Tirīti o Waitangi. Clark allowed the promulgation of a dangerous myth that Māori, as kaitiakitanga of the foreshore and seabed, would refuse access to the general public.

We won’t admit it, but Clark manipulated the legislative and executive branches of government to override the will of the judicial body. She breached our founding document to seize control of the foreshore and seabed which has always and will always belong to tangata whenua. Her actions prompted the resignation of Dame Tariana Turia, and the birth of the Māori Party alongside the formidable Pita Sharples. Māori are overdue an admission of fault for the Foreshore and Seabed debacle at worst; and a public apology and material policy on water ownership would be better.

Under Clark’s Labour, New Zealand was one of only four countries that refused to sign the United Nations Declaration on the Rights of Indigenous Peoples in 2007. Labour ensured New Zealand remained a non-signatory until Pita Sharples flew to New York in secret to sign in 2010 under National. New Zealand only caved to mounting pressure after it was revealed the US, Canada and Australia, the remaining non-signatories, would sign. Then-prime minister John Key stressed the declaration was non-binding and wouldn’t impact the Crown’s treaty negotiations, despite the heavy criticism of the treaty process in UN special rapporteur Rodolfo Stavenhagens’ 2006 UN report on the rights on indigenous peoples in New Zealand.

The Māori Party were justified in not committing to support Clark’s 2016 bid for the role of UN Secretary General. In May 2016, at the UN’s Permanent Forum for Indigenous Issues, indigenous rights advocate Tina Ngata spoke about Clark’s lack of concern, support and action for indigenous rights. The Māori Party rightfully endorsed Ngata, and became subject of a public furore. The submission was labelled a stunt, punitive justice that amounted to little more than political utu.

Clark said in 2016 that she has absolutely no regrets about her decisions as leader. Her inability to acknowledge her mistakes with Māori no doubt impacted her campaign for Secretary General, through circumstances she created. Worse still, Māori faith in Labour to uphold their rights has been justifiably diminished.

Thankfully, Jacinda Ardern isn’t Clark. Ardern has the capacity to learn from Clark’s mistakes, and must if she has any desire to appeal to Māori voters. She has shown some promise in recent months, being the only non-Māori MP to meet with Ngā Morehu, who suffered traumatising abuse under state care and are demanding a state inquiry. She has however, already frustrated some voters by refusing Metiria Turei solidarity, and a ministerial portfolio if elected. Turei’s transparency in revealing her miscommunication to WINZ to feed her tamariki appealed to voters on the margins, who feel neglected by National’s lack of action on poverty.

Perhaps, with Te Tai Tokerau MP Kelvin Davis at her side, Ardern can overcome the cracks in Labour’s relationship with Māori. Davis has been staunch in Northland, organising hīkoi in Kaitaia to challenge domestic violence in the region. He was the face of the opposition to National’s silence on Malcolm Turnbull’s controversial decision to deport a number of New Zealanders with convictions who consider Australia home. When asked if he would consider working with the Māori Party if it is elected, Davis responded “Kei te tuwhera tonui” – “[the door] is still open.” This shift signals a potential to mend the wounds between the two parties, and a step forward for Labour’s coalition. He said Labour would not bow to Winston Peter’s demand for a referendum on the Māori seats. Instead, Ardern and Davis announced Labour would seek a mandate to entrench those seats. This newly-forged partnership is necessary to challenge National, and the ghost of John Key.

With Davis alongside her at the helm of Labour’s campaign, Ardern has the potential to right past wrongs and redefine the terms of her party’s relationship with Māori. Jacinda Ardern is no Helen Clark. Memorialising Clark and positively comparing her to Ardern needs to stop. Clark’s government was disastrous for Māori and irrevocably damaged the relationship between Labour and Māori, which has stood since Rātana. Māori have every reason to be wary of pre-election lip service from Labour. Ardern has to be willing to accept, listen, and respond to criticism from Māori voices in developing policy. For the Ardern-Davis partnership to live, Clark’s Labour must die.