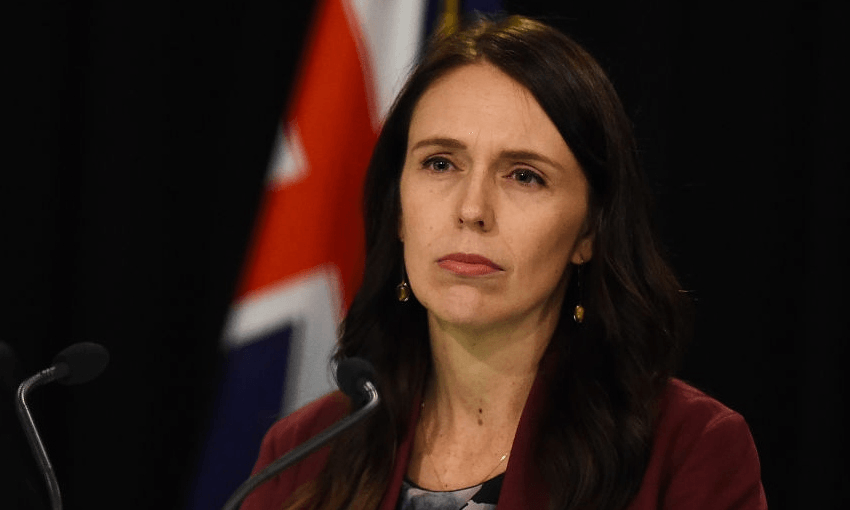 Jacinda Ardern has spoken emotively about her party having let young people down. Now that it has done so again, it is on her to decide what the consequences should be (Photo by Mark Tantrum/Getty Images

Editorial: Labour has failed vulnerable young members for a second time. There must be consequences

Jacinda Ardern has spoken emotively about her party having let young people down. Now that it has done so again, it is on her to decide what the consequences should be (Photo by Mark Tantrum/Getty Images

Opinion: in a feature published today on The Spinoff, a Young Labour volunteer detailed a traumatic sexual assault she alleges was committed by an influential Labour staffer. It marks the second time in two years that the party has badly let down its most vulnerable.

In the aftermath of revelations about an alleged sexual assault at a 2018 Labour youth summer camp, party leader Jacinda Ardern fronted the media to express her dismay. Both at what had happened, and how her party had responded to it.

“We failed the young people who told us they had been hurt – this failure left them feeling abandoned and I am deeply sorry for that,” she said.

Ardern and the party president Nigel Haworth vowed that such an experience and outcome was unacceptable, and when an inquiry was launched, announced that its scope would not simply be limited to the events at the camp, but open to other historical allegations, too.

Watching all this unfold was a young Labour member who had her own harrowing experience within Labour. Hearing their words, she found it within herself to approach the lawyer appointed to lead the investigation. After hearing from the lawyer that the summer camp allegations were taking priority, she met with the party president and assistant general secretary, who formed a panel to investigate her claims.

As The Spinoff’s reporting showed this morning, some of the experiences which motivated the young Labour members to get in touch were incredibly harrowing. The allegations they carried with them were about a single party member, and ranged from bullying to abuse of power to assault to sexual assault.

The very fact of engaging with the party was intimidating. The man they were speaking out about was an influential staffer, well-connected within the party and its parliamentary wing. The fact that it was the same party investigating made them worried about the security of their information, and unsure about where loyalties lay. Yet they fronted up on a Saturday in March, and told their stories to a panel comprised of three members of Labour’s governing council.

It’s here where perceptions around the central story described in our feature widely diverge.

Sarah – not her real name – showed us emails in which she provided two documents which outline the broad shape of what she went through. Not only do they include a description of a sexual assault, the term “sexual assault” is used in one of the file names.

The Labour party disputes that it received the documents. It is adamant that the documents were not read by the panel or party representatives, that the inquiry was established to investigate claims of bullying, and that it would never fail to act on such serious allegations as those Sarah describes.

Sarah is adamant, too. She told us, repeatedly, that she read directly from the notes and referred to her own allegation of assault in unambiguous terms.

That there could be such differing versions of events is deeply unfortunate, but not impossible to imagine. Sarah described a broad range of behaviour, that which she experienced, witnessed and had been conveyed to her. The entire interview took just an hour and the panel, by Sarah’s account, evinced no obvious expertise in dealing with victims of trauma.

In the aftermath, Sarah and the others who met with the panel that day heard little. In the communication void, their fears grew.

An emotionally charged email to the panel seen by The Spinoff reads “just reiterating that the accusation is… workplace bullying and sexual assault”. This email was acknowledged as received by a panel member. Yet the panel and party say that all references to sexual assault were presumed to be of a historical nature, and experienced by members other than the seven who met with the panel.

In a growing state of concern, Sarah emailed in late May, asking for assurance that she could “at least see my own script from the meetings” so as to verify what they contained and their accuracy. The panel chair replied “I am happy to provide a copy of your notes”.

Had this happened, the rickety process might still have achieved its putative goal: establishing a version of events which accurately represented the volunteers’ experiences. This could have been taken to the governing council and used to make something resembling an informed decision.

Instead, the notes were not provided to Sarah – nor, it seems, any of the other complainants – before the council met to issue its verdict. (This did not apply to the man at the centre of the allegations; he received their testimony well ahead of the meeting, and according to Sarah he told her he had them.)

As we now know, the governing council heard the panel’s version of events, and elected to take no action. A process which had begun over a year earlier ended with a perfunctory email from party president Nigel Haworth informing them of the decision. He also told them that the party constitution provided no grounds for appeal, and noted that he was immediately leaving on a month-long holiday.

The party remains wedded to the idea that it had no idea that the allegations included sexual assault. It needs to ask itself why that is the case. Whether the onus was on the young people to get such traumatic information out with no opportunity to check that it mapped their recollections. Or on the party to design a process which would ensure that there was no way anyone could be in any doubt about what was being alleged.

As reported on Sunday by Stuff, the alleged perpetrator remains in his role. And Haworth, who has now presided over two acknowledged failures, remains in his.

He, and his party, need to quickly decide whether that is a state of affairs which should continue. At the very least they need to pledge immediately and unequivocally that all future inquiries will be run by qualified individuals independent of the party.

It has been a long and torturous process. A process which began when a young woman decided to come forward after hearing the most senior individuals in the party encourage her to do so. At the time the party acknowledged having “failed” its young people. Unconscionably, another group of young people are today living with that same sensation – of a party which they loved having badly let them down.