A decision on who should represent Auckland Council on the government’s light rail project board has sparked debate about whether Phil Goff is doing enough to ensure gender equality in the ranks.

One of Auckland’s longest serving councillors and former mayor, Christine Fletcher, has questioned mayor Phil Goff’s leadership appointments, claiming “he is inclined to run [the council] as a bit of a boys’ club at times”, which the mayor strongly refutes.

Fletcher’s comments follow Goff’s nomination of planning committee chair Chris Darby as council representative on the government’s establishment unit board for the Auckland light rail project. When Fletcher asked during April 29’s governing body meeting whether he might instead appoint a female councillor to the role, Goff quipped, “For heaven’s sake, you’ve got the prime minister, the chief justice and the governor general, are you going to leave the guys with something?”

The establishment unit is a government-appointed body that will help shape the massive light rail project. The council has the ability to nominate one member of its governing body and potentially one local board chair to the unit.

During the governing body discussion on the nominations, Goff noted that while the chair of the planning committee is currently a man, that could well change in the new term.

“We have seen progress on gender balance on this council and that’s good, and if I was appointing it on the basis of an individual, I would have absolutely made a different decision,” Goff said.

“But we’re doing this on the basis of positions, and we know when those positions change then that situation will change,” he said, a reference to next year’s local body elections.

This is a weak excuse according to Fletcher, who ran on the right-leaning Communities and Residents ticket. She told The Spinoff she thinks Goff favours loyalty over ensuring a range of perspectives when making decisions.

“Phil is of that generation that you’re either with me or you’re against me, and he is inclined to run it as a bit of a boys’ club at times, and it’s a pity,” Fletcher said.

“There’s no contest of ideas. Ultimately we all want the same things, we just have different ideas how to get there, and the more you can embrace diversity, the better.” 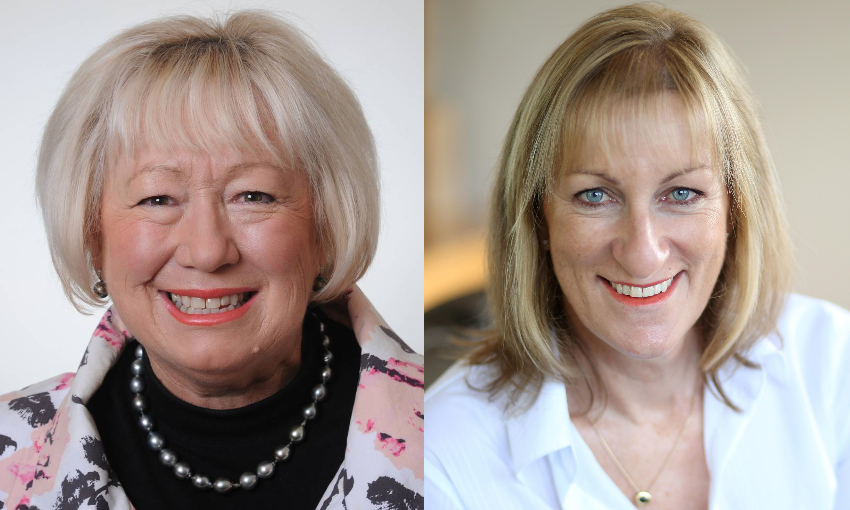 During the council meeting discussion, councillor Linda Cooper lent her support to Fletcher’s position. She said women around the governing body table weren’t being given the same opportunities as their male counterparts.

“When you get to a certain age as a woman you become invisible,” Cooper said.

“Even our chairs group are predominantly men. And [the establishment unit is] going to be by default a male-dominated board. There’s something good about having a mixed group of people on a board but over and over again it’s the blokes, and we need to be looking at that.”

In Goff’s last two terms in charge, only councillors Penny Hulse and Desley Simpson have been given chair roles on the key committees holding the largest sway in council, out of a possible seven positions.

Following the meeting, Cooper reiterated her position, saying although the mayor and deputy mayor worked “extremely hard” in this area, “there is a feeling from my fellow women councillors that a better balance to these discussions could add value when speaking directly to ministers”.

“I believe it’s important that more experienced women politicians in council be part of panels and working groups engaging and negotiating with government,” she said. “At present, especially in transport discussions, the makeup is very male heavy.”

Councillor Angela Dalton, whose name was being pushed by Fletcher as an ideal candidate for the project’s board, said she sympathises with Fletcher on this issue but has found Goff supportive to her requests for greater responsibilities.

“If you look at the committees of the whole, it’s mostly men chairing,” she said. “I think when he [Goff] did that, he put people there that he trusts, rather than people he’s unsure of, and the newbies didn’t get roles. But I’ve spoken to him about ambitions to do a bit more, and he’s been really receptive.”

Alf Filipaina, who was the first Sāmoan to hold a chairing role when he was asked to head up the Parks, Arts, Community and Events Committee, said one solution would be to ensure Māngere-Ōtāhuhu Local Board chair Lemauga Lydia Sosene had a spot.

“I understand trying to get the gender balance right but sometimes the gender balance gets pushed and pushed, and the ethnic balance is not looked at. Given this project will be heading to Māngere, I believe our local board chair should be part of it, as she’s at least one Pacific voice, and she’ll help close the gender gap as well.”

A spokesperson for the mayoral office said the overall makeup of the establishment unit board was out of the mayor’s hands but that he had nominated Darby because planning was the portfolio most relevant to the light rail project.

“This decision was supported by all but one councillor and no other names or positions were put forward formally for consideration or contention,” the spokesperson said.

“There is also likely to be a local board member added to the establishment unit, though the process to do this has not yet occurred.”

And regarding Goff’s quip, “…are you going to leave the guys with something?”, a spokesperson said the comment “was said in jest but was intended to highlight and celebrate that the three most important roles in New Zealand’s democracy are currently occupied by women.

“The mayor’s record demonstrates his commitment to ensuring equity around the decision-making table. Fifty per cent of the chairs and deputy chairs appointed by the mayor to the council’s four main committees – the committees of the whole – are women. Over 60% of the chairs and deputy chairs of the council’s eight reporting and other committees are women. The mayor has achieved a high level of equity in his committee appointments despite women making up only 42% of members elected by Aucklanders to the governing body.”