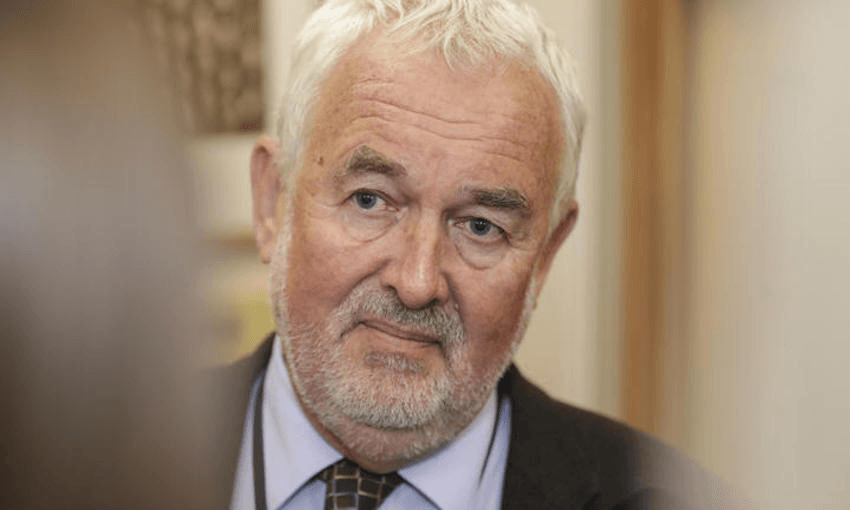 The president of the Labour Party, Nigel Haworth, has resigned following serious allegations relating to a Labour staff member and an inquiry he oversaw which has been angrily criticised by the complainants who took part.

“In the last 48 hours I have read incredibly distressing reports of an alleged sexual assault involving members of the Labour Party,” said Jacinda Ardern in a statement.

“This morning I was provided some of the correspondence from complainants written to the party several months ago. It confirms that the allegations made were extremely serious, that the process caused complainants additional distress, and that ultimately, in my view, the party was never equipped to appropriately deal with the issue.

This morning The Spinoff revealed a second email from a complainant was sent with attached documents that provided clear references to her own allegations of sexual assault.

The Labour Party has steadfastly insisted the allegations were not made known to the inquiry. The statement indicated that stance is unchanged as far as Haworth is concerned.

“I discussed the correspondence with the Labour Party President this morning. Whilst he stands by the statements he has made on this matter I believe mistakes were made,” said Ardern.

The prime minister and party leader also offered a message for the complainants.

“Raising an allegation of sexual assault is an incredibly difficult thing to do; for additional distress to be caused through the way those allegations are handled is incredibly upsetting. On behalf of the Labour Party I apologise to the complainants for the way this matter has been dealt with,” she said.

“I have made it clear that I want the QC led appeal process to resolve this matter. I also want to assure myself that appropriate victim support and advocacy have been put in place around the complainants and ensure the terms of reference in the appeal covers the entirety of the process.

“I have previously said I would be happy to meet with complainants, and that remains the case. I will take steps to make that offer available to them if they wish to take it up. I want a justice system in New Zealand where people feel comfortable coming forward and are listened to, but I also need to ensure the Labour Party lives up to that expectation too.”

In a separate statement from the Labour Party, Howarth said: “I’ve come to the conclusion that regardless of the outcome of the appeal process into complaints about a party member, fresh leadership will be required to take forward any recommendations from that process.

“I have greatly enjoyed my time as president and will continue in my lifelong support of Labour and its principles. I will be making no further statements about this decision.”

The sexual assault allegations, detailed on The Spinoff on Monday, were made by a Labour volunteer who says she was violently attacked by a party staffer at a private meeting in his home in early 2018. She first told the party about the assault, she said, in a meeting with Nigel Haworth and Dianna Lacy in October that year, and again during the March 9 panel investigation in 2019. The allegations were also referenced in documents, seen by The Spinoff, sent to the members of the investigation panel.

She is one of at least seven people who made formal complaints in relation to the individual, ranging from bullying, intimidation and sexual harassment through to sexual assault.

Read the Spinoff’s investigation here, this morning’s news here, and a timeline of events here.