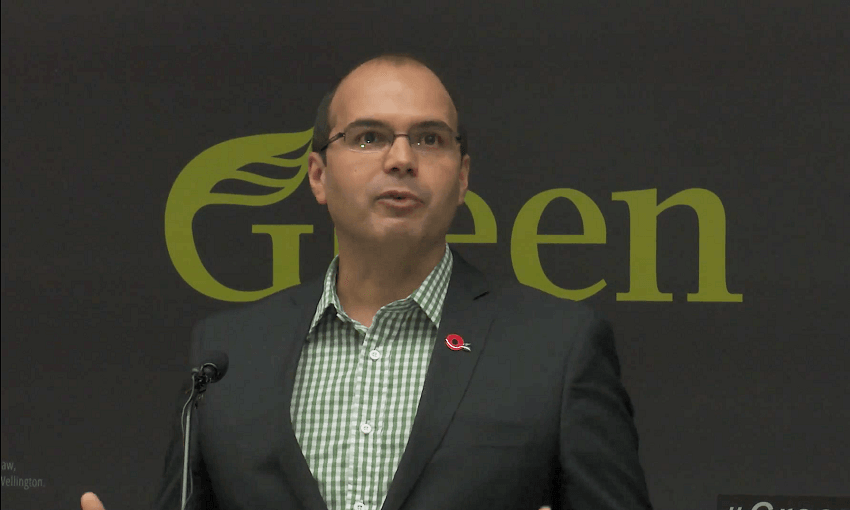 A former Green MP on the new Sustainable NZ party

Vernon Tava, the leader of the Sustainable NZ party, used to be part of the Greens. So how did he fit in there? Former MP Catherine Delahunty shares her impressions of him from then, and analyses where his new party will fit in.

I first met Vernon Tava when he joined the Greens in Auckland. He seemed to be a bright young law student whose passions were apparently veganism, animal rights and Te Tiriti o Waitangi based constitutional issues.

I thought he brought some good energy to the party, even though I was not a vegan campaigner. It was good to have someone with a legal background who might support the work for Te Tiriti based constitutional change.

Listening to him now launching his new party for “the environment” and attacking social justice politics, I have to smile. Some people start out in politics with a degree of idealism and find it is not a fast track to power. They quickly join the mainstream with an adjusted rhetoric. They are darlings of the right-wing media because they can be used to attack the aspects of the green left that are about fundamental change.

Vernon tried to win the co-leadership of the Greens in 2015, running on a blue-green narrative. The attempt failed. James Shaw was so much better at articulating a virtually identical narrative. So what could he do?

He could start a new party for “ the environment” to help maintain the status quo economy. The Opportunities Party tried to do a version of that at the last election, with poor results. But Vernon is clearly undeterred.

I really wish that the Greens were the hotbed of anti-capitalism that Vernon describes. I wish there was enough strength in the Greens to clearly stand for an end to growth based economics and capitalist materialism.

The Greens have some very good policies and good people but are not a united force for fundamental change. They are, however, a party that recognises the interconnection between environmental and social justice, while the new Sustainable NZ party actively denies this.

It is ludicrous to talk about ‘the environment’ as separate from people, as if the sabotage of biodiversity, the climate and clean water is magically separate from corporate agriculture and forestry. As if poverty and indigenous rights are less important than protecting rare species.

It does, however, make sense if you are only talking to the upper and middle classes – and to hell with everyone else. This is hardly a new political angle.

Vernon could have achieved promotion of “the environment in a box” idea from within the National party, but perhaps it would take too long to get up the rankings. However, the National party will welcome this attempt because MMP, damn it, requires parties to have friends.

There is a romantic appeal to greening capitalism. It is clean and tidy, there is no difficult analysis required. You can make the argument that clean technology will save us all.

There is no need to talk about system change or anything uncomfortable. Consensus now means we will work with anyone on our issues and ignore what giving them power does to everyone else.

I loved the comment that the new party would basically support action on climate change but not upset the farmers, despite supposedly putting the environment first. However, Sustainable NZ has a problem here. Why vote for them when all the parties actually in Parliament have already said they would try and do exactly that?

They’d be better off having a cup of tea and a think for a more original premise. Perhaps romantic capitalism, in a green sustainable cotton outfit, led by privileged people, can be spun again.