The health minister’s stonewalling of any attempt to fix our woeful drug laws doesn’t only fly in the face of overseas trends, but what’s currently happening in and around our own parliament.

Yesterday, more than two dozen health and social service organisations, including the NZMA, the Public Health Association and the Mental Health Foundation, published an open letter calling on the government to “adopt a compassionate and evidence-based approach to drug law by repealing and replacing the Misuse of Drugs Act 1975 to ensure drug use is treated as a health and social issue”.

It was a timely and well-crafted letter, citing the conclusions of multiple official reviews and the intent of New Zealand’s own National Drug Policy. The government’s response was absurd.

Or perhaps that should be the response of health minister Andrew Little. Little has behaved strangely since the narrow defeat of a referendum on an ambitious proposal to legalise and regulate cannabis last year. Within an hour of the provisional referendum results being announced – no waiting for the special votes here – Little, who was then minister of justice, declared the result meant that the government was ruling out all drug reform for “the foreseeable future”.

The government had promised to honour the referendum result however it fell, so it could not be expected to simply pass the Cannabis Legalisation and Control Bill anyway. The legalisation of cannabis was out for at least this term. But that’s not what Little was saying: his interpretation of the result was that it was an instruction for the government to refrain from any drug law reform at all.

That lasted less than a month, before the prime minister announced that her government would fulfil a promise to amend the Misuse of Drugs Act to permit festival drug-checking in time for the summer. That turned out to be a crucial and very probably life-saving decision, as the event season was flooded with a dangerous drug, eutylone, being sold as MDMA. Last week, Little himself announced that the interim legislation was “already proving to keep people safer from drugs” and would be made permanent. 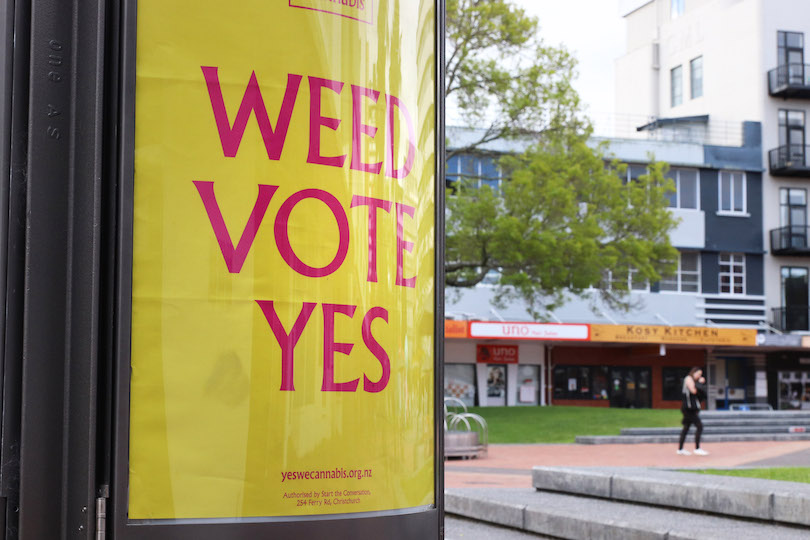 A poster promoting a ‘yes’ vote in the cannabis referendum in Hamilton in October 2020 (Photo: Lynn Grieveson/Newsroom via Getty Images)

You or I might have been experiencing some cognitive dissonance by now, but Little seems undeterred in his position that the cannabis referendum result means an end to all drug reform, even though none of his colleagues seem inclined to publicly join him in saying so. Yesterday, he added a new wrinkle. Even if, at some point, after an undefined period in which undefined things happened, the government moved to overhaul the 45-year-old Misuse of Drugs Act 1975, there would still need to be … another referendum.

This is nonsensical, ahistorical bullshit. There have been three overarching drug laws in my lifetime. The one we’ve had since 1975 has been amended repeatedly. Little’s own government has made three significant amendments to the act itself – covering medicinal cannabis, police discretion and drug-checking. No referendums were required. Our drug laws have never been changed by referendum.

Is there something about actually redoing the Misuse of Drugs Act that means it requires a national referendum but subjecting it to a thousand cuts doesn’t? No, there isn’t. The act should actually have been reviewed and rebooted as a normal parliamentary process by now – it was in theory supposed to be done in the 2014 term, before anyone dreamed of a referendum. It is the job of parliament to do it.

Little declared yesterday that there would need to be “public debate and scrutiny” before our ageing drug law could be addressed, but offered no means by which that should happen. In reality, there is a very conventional way to facilitate that debate: authorise a select committee inquiry. This has been done twice before around drug policy – and both times the committees reached past partisan divides, proposed reform and were studiously ignored by the executive. Would that happen again? We surely deserve a chance to find out.

What we don’t need is another independent review. Yesterday’s open letter cites the conclusions of the Government Inquiry into Mental Health and Addiction, the Safe and Effective Justice Advisory Group, and the Law Commission’s 2011 legislative review. All have found that drug use should be a health, not a criminal, issue, and that our current law cannot achieve that goal.

The mental health inquiry’s report is particularly clear. It repeatedly calls for decriminalisation of all drugs, and even cites the example of Portugal, which did just that more than 20 years ago and radically reduced not only drug harm and mortality, but broader youth drug use. Really, what part of “the current system is hurting people and making it harder to help them” needs a referendum?

Little’s stonewalling on the government’s behalf comes at a time when the world is moving to end the drug war. Voters in Oregon opted last year to decriminalise the personal use and possession of all drugs – and, in place of criminal prosecution, to fund new drug health services out of the burgeoning revenue from legalised cannabis. The state assembly in Massachusetts has introduced a bill to do the same and you will see other states follow in the months ahead.

Norway’s parliament is well into the process of passing a comprehensive decriminalisation bill, covering all drugs. Legislators in Australian Capital Territory (ACT) have introduced a bill doing the same. Overnight, a cross-party group of British MPs and peers published a call for the repeal and replacement of their country’s Misuse of Drugs Act, declaring that “it has failed to reduce drug consumption. Instead it has increased harm, damaged public health and exacerbated social inequalities”. 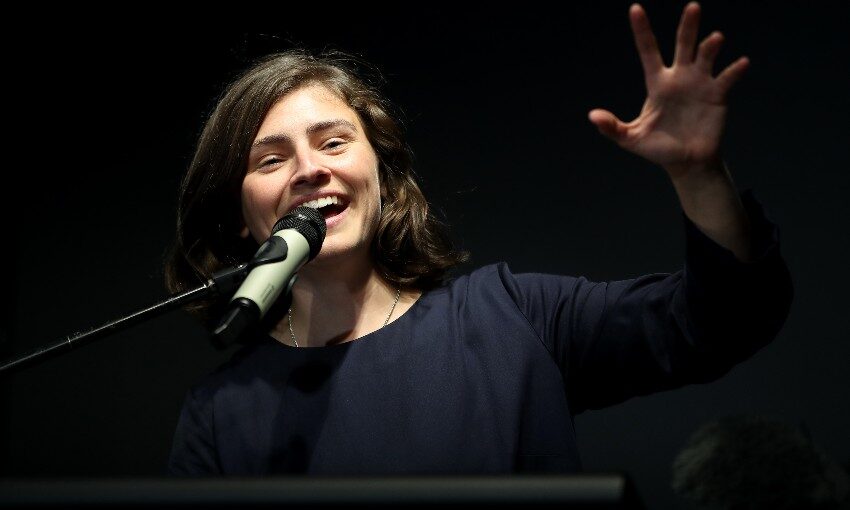 Little’s position doesn’t only fly in the face of overseas trends, but what’s currently happening in and around our own parliament. Since Little’s replacement as justice minister by Kris Faafoi, the new minister indicated the government would not stand in the way of a cannabis decriminalisation bill. Green MP Chlöe Swarbrick has been doing the numbers on a member’s bill, which would need 61 votes to bypass the traditional ballot. More than one Labour MP has privately sought feedback on what such a bill should look like. Cabinet has quietly asked government agencies to report on regulatory issues.

And why not? While only 48.4% of voters were ready for retail weed stores in the referendum, polling indicates that some form of cannabis decriminalisation is supported by more than two thirds of the electorate. Labour Party members the length of the country are crafting yet more ambitious remits. This isn’t going to go away – and Little’s colleagues may be less willing than him to go to war with their party members.

A fix for 2019’s Misuse of Drugs Amendment Act directing police discretion – something Little himself promised when he was justice minister – isn’t in the public consciousness in the same way, but would be politically cost-free. As Helen Clark has pointed out, it really only requires the removal of New Zealand First’s obfuscatory language and a clear direction to police (who would, frankly, welcome it) to make a health-based response the default in cases of personal use and possession. Which was, after all, the intention of the 2019 bill in the first place.

In summary, there are four things the government can do today: authorise a select committee inquiry to consider submissions on reform and replacement of the Misuse of Drugs Act 1975; reiterate that it will not stand in the way of a cannabis decriminalisation bill in this term; announce it will amend the 2019 bill to make it clear that the default response to drug possession will rest on public health and not prosecution; and begin on establishing the long-term form of the health response itself. To do so will not only spare pain and suffering, it will save taxpayers millions of dollars every year.

If Andrew Little cannot bear to front this himself, he should be moved aside by his prime minister. The drug control role has traditionally been allocated to an associate health minister – Labour only placed it with the minister of health himself in the last term because it was wary of the Greens’ Julie-Anne Genter having too much influence on the medicinal cannabis law – and it could easily be so again. Just give it to Peeni Henare.

However much the government might be comfortable with its extreme circumspection on anything that might generate political risk, it is dishonest and irresponsible for any of its ministers to pretend their hands are tied. They are not. In the words of yesterday’s open letter: “There is no consensus in favour of inaction.”

In the latest episode of Gone By Lunchtime, Toby Manhire, Annabelle Lee-Mather and Ben Thomas discuss the latest stories in New Zealand politics, including temporary travel bans, drug reform and more. Subscribe and listen on Apple Podcasts, Spotify or your favourite podcast provider.