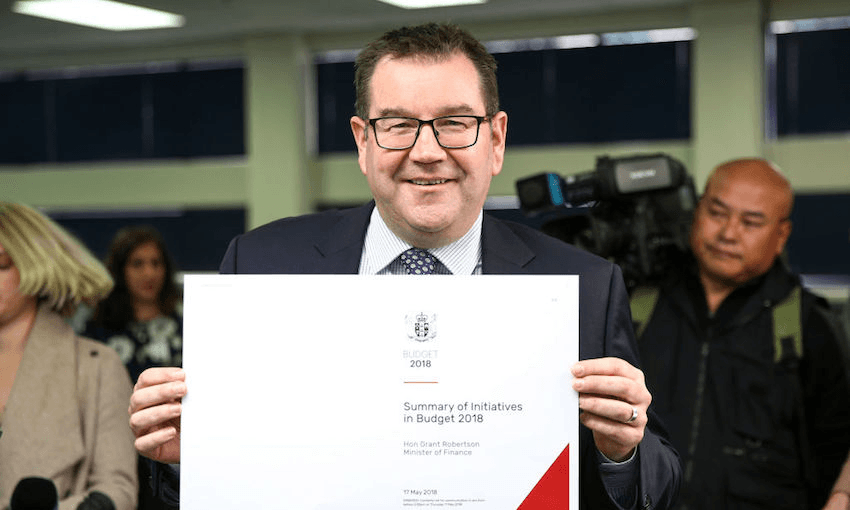 The Labour-led government has delivered a restrained and cautious Budget in its first year, keeping money in the kitty instead of a major spend up, writes Craig McCulloch in this summary via RNZ

It is investing more money in health, education and housing while also forecasting a more than $3bn surplus this year.

“The government is placing the wellbeing of people at the centre of all its work,” Mr Robertson said.

Anyone living in state housing or receiving the accommodation supplement or income-related rents will now also be eligible for one of those cards.

That will cost more than $360m in new funding over four years.

The Budget delivers free doctor visits for more children, with under-14s now eligible, up from under 13-year-olds. That means about 56,000 more young people will be eligible, but it won’t kick in until December.

Ahead of the election, Labour had promised to slash the cost of doctor visits for everybody by $10 by July this year, but had since conceded it wouldn’t meet that goal.

The government announced a big boost in spending to help rebuild aging hospital and health infrastructure. District Health Boards will also have $100m to draw on if they need it.

The government is committing to build 1600 state houses a year – up from Labour’s original promise of just 1000.

That will primarily be funded through more borrowing – up to $2.9 billion from third parties – and a further $900m from Housing New Zealand’s operations. The Budget commits another more than $230m over four years.

The state housing initiative is in addition to the $2bn announced in last year’s mini-Budget for the government’s KiwiBuild programme and Housing Commission.

A new insulation programme will be rolled out, providing grants to tens of thousands of low-income families.

The $142.5m commitment over four years delivers on a pledge in Labour’s confidence and supply agreement with the Green Party to increase the number of insulated homes in New Zealand.

The bulk of education spending goes to keep up with the growing number of enrolments. About $450m goes towards new schools, and $370m will be used to hire another 1500 teachers by 2021.

Special education gets a $270m boost over four years.

Schools and early childhood providers will get an inflation-linked increase to their funding however universities and polytechs will not.

Quick-build units housing 600 inmates will be built by the end of 2019 to help cope with the burgeoning prison population.

That will cost an almost $200m extra over four years.

About $58m has also been set aside over the next four years to provide housing for more than 300 people a year on bail or parole.

Another $83m will go towards probation and community services – including hiring an additional 270 probation officers by 2022.

No decision has yet been made on whether to proceed with the proposed Waikeria mega-prison.

The government has committed more than $300m over four years to the police to recruit an extra 920 officers and 240 support staff.

This is part of Labour’s promise to roll out 1800 new officers by the end of its first term.

The Department of Conservation will get the largest boost in its budget for more than a decade – more than $180m over the next four years.

That includes a previously announced $81.3m for predator control and $76m for biodiversity initiatives.

The government is setting up a special insurance tribunal to resolve outstanding Earthquake Commission and insurance claims.

A public media advisory group has been given $15m in 2018/19 to allocate to Radio New Zealand and New Zealand On Air.