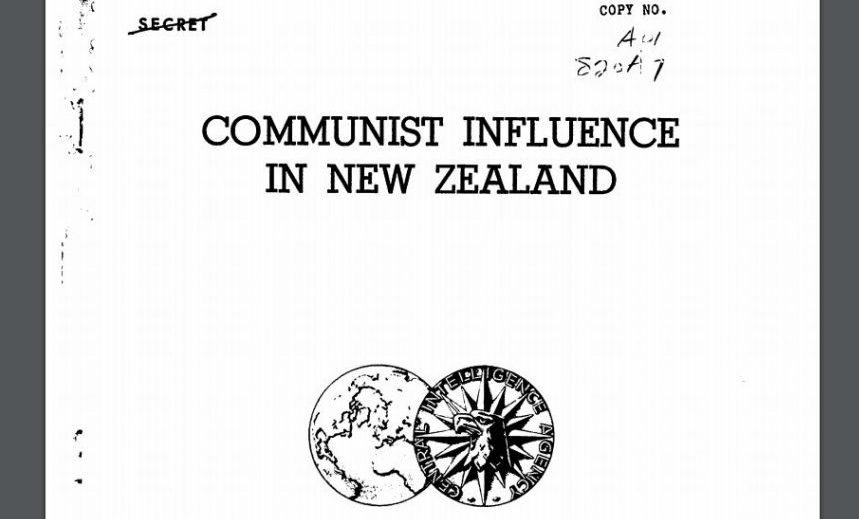 The American foreign intelligence bureau yesterday posted online for the first time millions of pages of declassified documents. Toby Manhire scrolls through some of the intel published on New Zealand

And yesterday the CIA delivered a data dump to rival WikiLeaks – publishing online nearly 12 million pages of records, spanning 50 years of declassified documents. For more than two decades, documents over 25 years old have been declassified and publicly available – but only if you could make it in person to the Maryland archive.

No longer, however, need researchers unpeel their pyjamas: it’s all on the information superhighway.

There are reports on the JFK shooting and possible assassination attempts on Fidel Castro; there are acccounts of UFO sightings and cryptic references to “body language [which] resembled that of a pretzel”.

You’ll be relieved to hear that New Zealand is not ignored. The CREST (CIA Records Search Tool) database returns 3,659 items that give us a mention.

In some documents, such as the 1984 intelligence assessment titled “New Zealand’s Robert Muldoon: A Combative Politician”, the really tasty stuff is, presumably, hidden behind the redaction boxes …

A 1985 paper, “A Profile of Labour at the Helm” makes interesting reading, particularly in its focus on David Lange and Jim Anderton, characterised respectively as “the spirit” and “the architect” of the Labour Party.

From 1987, a 13-page report “Bracing for the election” examines the state of the anti-nuclear stance and ANZUS, with the Bolger-led opposition party described throughout as “the Nationals”.

A 1988 paper carries the title “Racial Tensions: A Growing Factor in New Zealand Politics”, and notes the surging popularity of the National opposition’s Maori Affairs spokesman Winston Peters, who “has scored the Lange government for pandering to Maori demands”, and whose “attacks have helped National hold its large lead over Labor in opinion polls … he is now the most popular opposition member of parliament”.

And then, of course there’s the red peril, as documented in the 1949 “COMMUNIST INFLUENCE IN NEW ZEALAND”.

Breathe easy: the CIA determines that the NZ Communist Party influence is modest and on the wane, with nil penetration in the ruling Labour Party and limited presence within the trade union movement – oh, and “New Zealanders have shown a notable lack of interest in Russian cultural exhibits”.