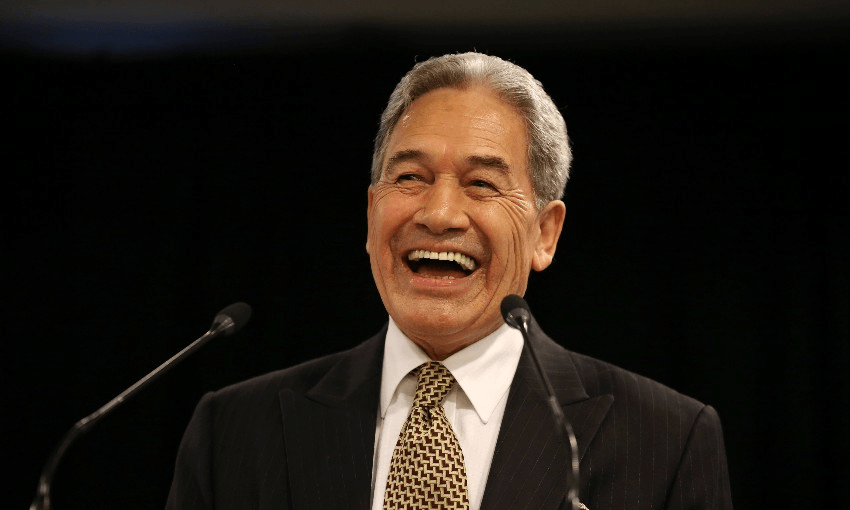 Where to now for Winston Peters and New Zealand First?

By Josh Van Veen
Guest writer
Made possible by

With only 2.7% of the vote, NZ First will not be returning to parliament this time. But as Winston Peters’ former researcher Josh Van Veen writes, the party’s legacy is too enduring for NZ First to be gone for good.

Ambition and ideals are at the heart of politics. More often than not they conflict. What is good for one’s political career may not be good for the conscience. It is the ability, or inability, to reconcile these two poles of motivation that defines a political leader. In the case of Winston Raymond Peters, I believe history will judge that he did better than most. New Zealand First is the successful embodiment of both his ambition and ideals. But it represents a lot more than just that.

The party was born out of a deep-seated frustration with Labour and National in the early 1990s. Both were perceived as betraying what, for many, was “the New Zealand way of life”. It was characterised by fairness and equality of opportunities. Anyone who worked hard was entitled to the fruits of their labour, but those who fell on hard times would be cared for. In those days, politicians were as much social workers as lawmakers. The government was there to serve the needs of ordinary people first and foremost.

As a 1954 National Party pamphlet advertised, New Zealand was a “land of plenty, from which fear and insecurity have been banished.” That was the world in which Winston Peters grew up and began his political journey. But during the 1970s, these fortunate isles were undermined by historical forces. Globalisation meant we could no longer insulate ourselves from the rest of the world. Peters’ mentor Sir Robert Muldoon fought against change but lost. New Zealand was exposed to global capitalism and the government became more removed from our daily lives.

The fourth Labour government transformed the country with its neoliberal economic agenda. For the educated middle-class, it was a time of unbounded freedom and growth. But many New Zealanders felt a sense of loss or alienation. Whole communities were destroyed, the social fabric ripped apart. Equal opportunities for education and employment were promised by the elite but never came. Māori in particular suffered the most. Those on pensions and other benefits were treated as a burden by the state.

In the 1990s Peters became a voice for those forgotten people. The left will never admit it, but he has been a powerful and effective advocate for social justice. Policies such as the “GoldCard”, free doctors visits, and regional development aren’t transformational but they can make a difference to those on the margins. That is part of the reason why some 60,000 still voted for NZ First in 2020 despite a media narrative that it was finished. They are the “true believers” Peters spoke to throughout the campaign.

Outgoing MPs Fletcher Tabuteau and Tracey Martin are the quintessential true believers. They have been with NZ First since the party’s inception. It will be an enormous source of pride for Peters that both were able to serve in government under his tutelage. He knows that if the party is to survive him, it needs experience and credibility in the halls of power. Tabuteau and Martin can now offer that, should the party return.

But there are many others like them. The last time NZ First was in the political wilderness, a cohort of young members brought new energy and ideas. Activist and blogger Curwen Rolinson became spokesman for the party’s nascent youth wing. For a time, Rolinson was close to Peters and had a significant influence on the 2011 campaign. Although he is now estranged from the party, Rolinson’s legacy was the formal establishment of Young NZ First in 2015.

In recent years the leading light of the youth wing has been 24-year-old Robert Gore, the party’s candidate for New Lynn. An eloquent speaker, Gore has done more than anyone else in NZ First to articulate a coherent vision of the future. Another asset to the party is digital strategist and businessman, Oliver Woods. In reflecting on its loss the party may question why it underutilised Gore and Woods during the campaign. Both understand that no political party can rest on its laurels forever. When they contest the 2023 general election, NZ First will need to inspire young and old alike with the promise of something different.

At 75, many anticipate Peters to finally leave politics. Dr Jon Johansson, his outgoing chief of staff, is reported to have written a valedictory speech. But it is worth remembering that Democratic presidential nominee Joe Biden turns 78 next month. For now, at least, there is no reason other than ageism to dismiss the notion of Peters running in 2023. If the party membership is willing to rally behind him then he may well do it. With nothing left to prove, Peters’ main motivation would be ideals rather than ambition.

But the question of leadership succession is inevitable. Of his likely immediate successors, Tracey Martin is the most plausible. The 56 year old would have both the profile and credibility to make a strong debut. Her innate understanding of the party, its philosophy and constituency, means she has conviction. That she is perceived as left-leaning would also be a strength. Although it is too soon for a definitive analysis, there is strong evidence from polling that NZ First lost more than a third of its 2017 voters to Labour. They will need to be won back.

A liberal feminist, Martin may even broaden the party’s appeal with women. After all, there is an important distinction between the cultural conservatism of NZ First and the moral conservatism of the New Conservatives. The former is about preserving heritage and respect for national symbols. It seeks a New Zealand identity that celebrates what we have in common rather than divides us. In NZ First, this has led to a marriage between old liberal values and a progressive nationalism.

Despite the glib analysis of some commentators, NZ First is a political party rich in history and meaning. There is no other like it. In the next three years many voters may come to recognise this. Those who voted Labour but dislike political correctness and worry about racial separatism will miss having a voice in government. Whether it is Peters or Martin standing on the debate stage in 2023, expect NZ First to be there.