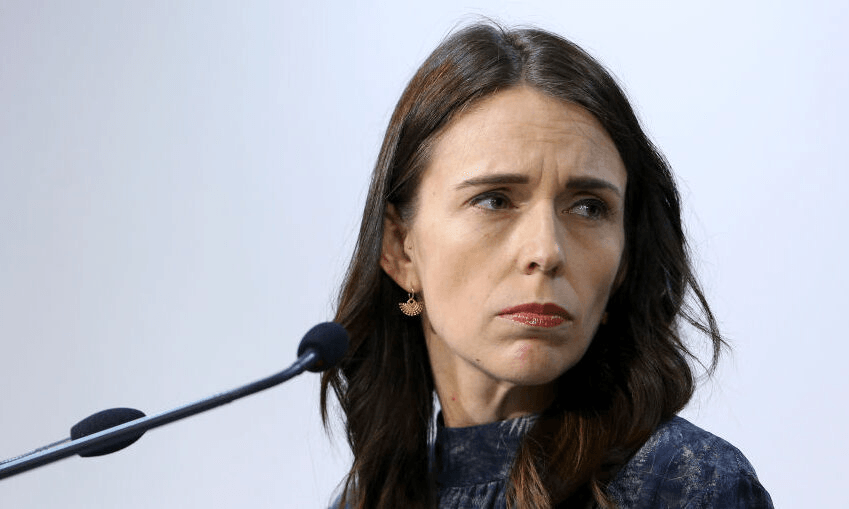 The prime minister has announced the lockdown status will come to an end in a week, with alert level three to remain in force for at least two weeks.

New Zealand will exit alert level four in a week, at 11.59pm on Monday April 27, Jacinda Ardern has announced at a Beehive press conference. Alert level three will then hold for a minimum of two weeks. Further decisions will be made by cabinet on May 11.

“We have done what very few countries have been able to do,” she said. “We have stopped a wave of devastation.” The director general of health was “confident there is currently no widespread community transmission in New Zealand,” she said.

Ardern said cabinet had looked at a range of data. “We looked at the gains we have made in our results, but also our systems,” she said.

“We considered that the longer we are in lockdown, the less likely it is we will need to go back. We also considered moving alert levels on April 23, which is in just 48 hours’ time. The sacrifice made to date has been huge, and cabinet wanted to make sure we lock in our gains, and give ourselves some additional certainty. Waiting to move alert levels next week costs us just two more business days, but gives us much greater longterm health and economic returns down the track. It means we are less likely to have to go backward. ”

It was a “balanced approach”, she said, and one which Ashley Bloomfield “not only supported, but also recommended”.

This week businesses will be allowed to take preparations for opening, which meant employers could re-enter premises to receive stock if necessary, as long as they adhere to distancing and “bubble” requirements. “This is not an early move out of alerts – it is merely a matter of preparation,” said Ardern.

She said around 400,000 people were expected to return to work at alert level three.

Schools and early learning centres would be accessible this week for cleaning, maintenance and other preparations. “The current plan is for schools to be able to reopen for a teacher-only day on April 28 as part of their preparation and we expect those who need to attend to be able to from April 29,” she said.

The announcement follows a meeting of the full cabinet, also attended by the director-general of health, Ashley Bloomfield. At the press conference, Bloomfield addressed testing capability. “These are now among the highest in the world,” he said.

“In the coming weeks we will continue to focus on testing people with symptoms suggestive of Covid-19, and hunting out any undetected cases that might exist. We will continue to undertake community and other sentinel testing as part of our ongoing surveillance.”

Testing on asymptomatic workers at places where recent cases had been recorded would be scaled up, he said.

The contact tracing system was being “transformed”, said Bloomfield. What had been a “very local, manual process” was becoming a “national, automated system, with scale”.

When Ardern announced the four-week lockdown last month, it was provisionally set to end at midnight on Wednesday April 22. Simon Bridges, the leader of the opposition National Party, said the decision to delay that shift was down to government failure.

“Unfortunately the government hasn’t done enough and isn’t ready by its own standards and rhetoric. New Zealand is being held back because the government has not used this time to ensure best practice of testing and tracing and the availability of PPE hasn’t been at the standard it should have been,” he said in a statement.

“The rate of testing for the first half of lockdown was low, work has only just begun on surveillance testing to confirm whether community transmission is occurring. Tracing is the biggest challenge and experts have identified major shortcomings in the methods being used by the government.”

He added: “This is a real shame as businesses will suffer further damage and that will lead to poor health outcomes as a result of the huge stress this will cause for a lot of people.

Ardern characterised level three as a “recovery room”. It sanctions, in some specific situations, for people to widen their bubbles, “to reconnect with close family / whānau, or bring in caregivers, or support isolated people”.

Level three did come “with higher trust and high expectations of New Zealanders not to lose that trust”, said Ardern. She said police would continue to enforce the rules. “People will still be asked questions when they’re moving around … but there is more trust at alert level three.”

Under level three, businesses that can ensure physical distancing and a lack of any contact with customers are able to open. The emphasis shifts from “essential” to “safe” businesses. Public bars, cafes, malls and retail stores would for the most part be required to remain closed, however. Weddings, funerals and tangi would become permissible, but with a cap on attendance of 10 people.

Recent days have seen pushback from teachers about plans for reopening, with the Early Childhood Education Council writing to the prime minister last night urging her to reconsider, and keep centres closed until a downgrade to alert level two.

Asked about these concerns, Bloomfield said: “Covid-19 doesn’t affect children and teens in the same way as adults. [They] tend to have low infection rates, they don’t become as unwell if they do get infected, and they don’t tend to pass the virus onto adults.”

Among the materials examined by cabinet was a report by the public health expert Ayesha Verrall on New Zealand’s contact tracing. It contained “very constructive feedback and guidance on how to further build our contact tracing capability and capacity to ensure it achieves our aspriation of ‘gold standard'”, said Bloomfield.

The report is now available on the Ministry of Health website here.

Along with contact tracing and confidence around community transmission, the two other criteria outlined by Ardern yesterday were robust self-isolation, quarantine and border measures, and the capacity of health system, including the availability of protective equipment, or PPE.

Ardern also noted the cabinet would look at “evidence of the effects of the measures on the economy and on society more broadly”, including “public attitudes towards the measures and the extent to which people and businesses understand, accept and are overall complying with them”.

Speaking to RNZ this morning, Shaun Hendy, who has been leading a modelling project for the government at Te Pūnaha Matatini, suggested that the best course in pursuit of the elimination strategy would be to extend the lockdown by a full fortnight.

“It would make sense to delay lifting the lockdown as we know level four works,” he said.

“If it was up to me, I’d be leaning towards taking a little bit longer, making sure those numbers were coming down and heading to zero.”

His modelling suggested that “another two weeks is the safest”, but suggested that at least extending to the end of Anzac weekend would “split the difference”.

The total of confirmed and probable cases in New Zealand is 1,440, but two-thirds of those of those – 974 – are now classed as recovered, leaving an “active case” total of fewer than 500.

Twelve people have died in New Zealand with Covid-19.