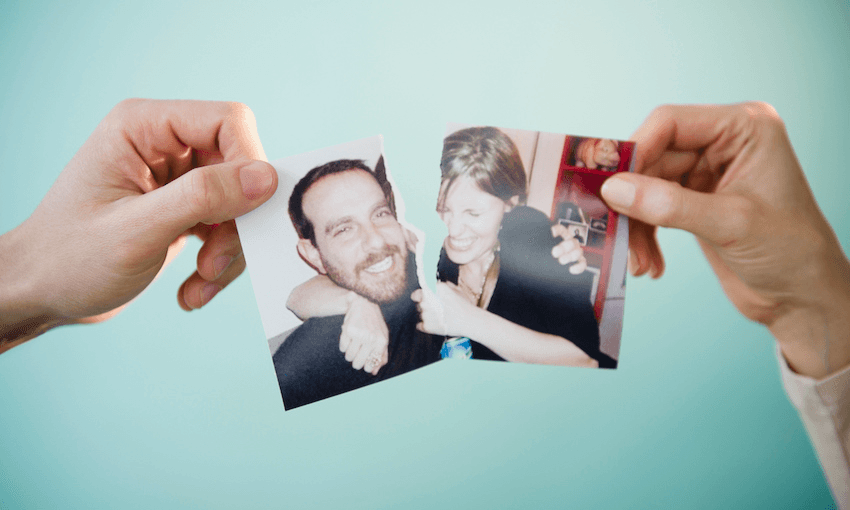 While New Zealand’s Covid response has been the envy of the world, its strict border policy is exacting a heavy emotional and financial toll on the many couples and families it has split apart, reports Branko Marcetic.

On March 15, Paola and Tim (not their real names) were in a beach house in Peru with her family, celebrating her birthday. The two had met in New Zealand in May 2019, moved in together, and, with her working holiday visa expired, organised a move to Australia, from where they would apply to return and live in New Zealand as partners. A visit home was just one pit stop in a world tour before they settled in Melbourne at the end of the month.

Then it all went wrong. That day, they watched the president of Peru announce on television he was closing the country’s borders. Within days, Australia and New Zealand followed suit. Having quit their jobs and in sore need of an income, the couple decided to put Tim on a repatriation flight on April 13. Six days later, Paola found out she was pregnant.

Paola applied again and again to get into New Zealand before her baby’s late September due-date, only to be swiftly denied, told it didn’t qualify as “critical travel”. As the pandemic raged in Peru, a pregnant Paola was stuck in quarantine, with no job, no health insurance, and her partner an ocean away. Then in May, she suffered a miscarriage.

“It was heartbreaking, and one of the most difficult things I have experienced,” she says. “More than ever I needed to be with my partner. I applied for an exemption and of course I got denied again.”

“It was so hard to be there for her,” recalls Tim. “If she needed me, it wouldn’t be until midday, when I was awake.”

Paola has now been in strict lockdown in Peru for more than 150 days, and is experiencing depression and having trouble sleeping. Tim is back home working and paying for her health insurance. The couple feel stuck in limbo, with no idea when they’ll see each other again.

Paola and Tim’s story is just one particularly tragic case of the toll New Zealand’s border policy has taken on Kiwis with family overseas. While the government’s pandemic response has been the envy of the world, these Kiwis feel frustrated, forgotten, and trapped.

One is Rob, who served in the army for four years and decided to move from Brisbane to Christchurch before the lockdown with his partner of three and a half years. Having secured work, Rob got a head start on the move, leaving his partner to get her ducks in a row before eventually making the journey herself — only for the borders to shut.

Since then, his partner has unsuccessfully applied for border exemption multiple times, and he’ll most likely have to pay for a return flight to Australia in the hopes of bringing her back with him. It has also put her new job in Christchurch in peril.

“I think what New Zealand has accomplished with regards to Covid-19 is nothing short of exceptional,” he says. “The only downfall? That myself along with many others are unable to enjoy this Covid-free New Zealand to its full potential due to the anxiety and stress caused by not knowing how long it will be before we see our loved ones.”

It was a similar story for Nicola (not her real name), a teacher who, after five years in the UK, decided to move back home with her husband. Like Rob, Nicola left early, to be back in time to start the new school year, while her husband stayed behind and prepared his residence visa application, submitting everything a week before New Zealand’s lockdown.

Hoping for speedier approval, Nicola says her husband applied for a partner visa in late May, only to find out after lockdown that processing hadn’t even begun. Despite being together nearly eight years, two of them as husband and wife, border exemption proved a dead end, as did seeing her local MP and hiring the lawyer he recommended.

After eight months’ separation and at her wits’ end, Nicola has now booked time off without pay to fly to the UK and pick up her husband — a plan that could fall through if he’s denied a border exemption again, or if it’s not approved by the time of her return flight. Between visa and lawyer fees and the quarantine charge she and her husband will have to pay if they successfully return, she estimates they will have spent upwards of $12,000 for the ordeal.

Vinny and his partner, who lives in India, have likewise been apart since getting married this past March. After four years together, including a year of long distance, they started the relationship visa process shortly after getting married, only to hit a wall like the others, when Immigration NZ told them they weren’t processing applications. The uncertainty has been the source of a lot of anxiety for the couple.

“You feel very frustrated because you have no sense of control,” he says. “Our whole lives have been put on hold. The unpredictability hurts so much.”

Others are immigrant families whose plans to move here permanently were derailed. Francois and his wife “invested everything into coming here”, he says, planning and saving for two years to depart South Africa and provide a better life here for their teenage daughter. He waited months in New Zealand for them to be able to apply and have their visas approved, only for them to be turned away at the gate two days after lockdown began. This, he says, despite INZ assuring him twice in the two days preceding that his family was still good to go, and that they’d personally confirmed it with New Zealand border control.

It’s now been five months, one of his daughter’s birthdays and 30 rejected border exemptions, and Francois’ wife and daughter are still living in the one-bedroom cottage 40 minutes outside Durban they found to stay post-rejection, living out of suitcases and with their winter clothes already in Christchurch. After spending what Francois estimates was NZ$40,000 on the move, they are now “running two households in two countries on one income,” he says, with his wife unable to find work or qualify for government benefits.

Their already tight budget is being pushed beyond its limits, forcing them to use money they’d borrowed for the move to cover basic living costs. And with a volatile situation in South Africa, Francois worries about getting a call that something’s happened, and about the stress this has put on his daughter, who calls him her “emotional support animal”.

“What makes it difficult is the uncertainty of it all: when is the situation going to be resolved, when is someone going to realise just how much this is affecting us?” he says. “It is not about coming to New Zealand for a job, it is about getting families reunited.”

Many of those interviewed had respect and gratitude for New Zealand’s handling of the pandemic. But the lack of guidance from Immigration NZ has been a sticking point for most.

“We have no timeframe to go off, no one seems to know anything either,” says Rob. “They are as useful as an ashtray on a motorbike to be completely honest.”

Several expressed disbelief that Immigration NZ had simply stopped processing visa applications over the lockdown, when most of the country was stuck at home and immigration had ceased. And some bristle at the “high-value” foreigners, like America’s Cup teams, Avatar sequel film crews and golf course “shapers” allowed in, many with their families. The fact that the restrictions and accompanying uncertainty has derailed their own job prospects, sometimes forcing partners to turn down employment in case they need to leave, makes it doubly frustrating, they say.

New Zealand inspires many around the world right now as the polar opposite of cruel, incompetent governments, in both its handling of the pandemic and treatment of its people. The forced separation of Kiwi and immigrant families, however, severely tests that image.