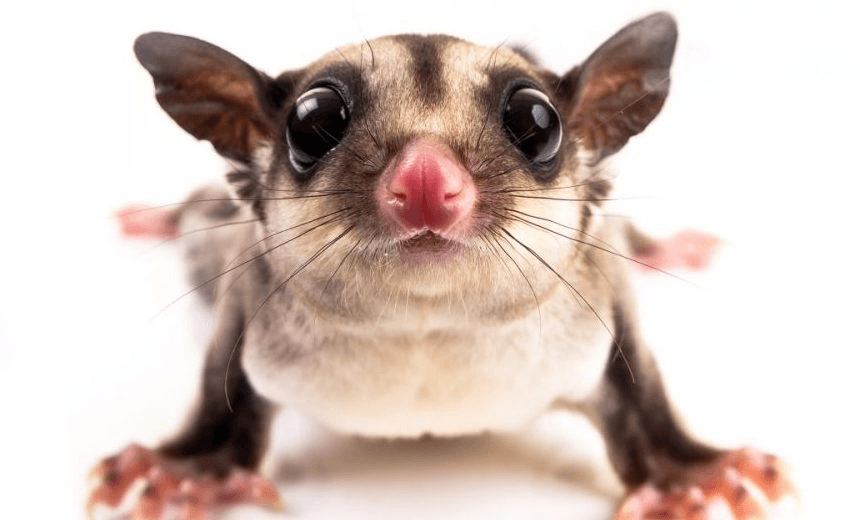 A close up of a sugar glider

Rejoice: a predator-free NZ is no longer a dream. Now, let’s talk about the money. And the cats

A close up of a sugar glider
Opinion

The government endorsement of a predator-free nation is cause for real cheer. But it’s only a start, writes Gareth Morgan.

The Government has formally endorsed a bold vision for a Predator Free New Zealand by 2050. They are investing $28m over four years into projects that will remove rats, stoats and possums from around a million hectares of land. The plan is to triple their spending by working in partnership with communities, Councils, the private sector and philanthropists.

Predator Free New Zealand is not a new idea, but it has picked up steam in recent years. The Morgan Foundation first got involved following the Our Far South trip to the subantarctic islands and Antarctica, where we discovered that removing predators was the most cost effective thing we could do to help our threatened species. When we returned from that voyage we launched the Million Dollar Mouse project, which aimed to get mice off the Antipodes Island.

When we returned from that voyage, Sir Paul Callaghan – who had wanted to participate in that voyage, was literally on his deathbed. He had mooted the idea of a predator free New Zealand in the last months of his life, referring to it as our version of putting someone on the moon. When he visited me in his final days in 2012 he implored me to provide some energy to the cause and get as many New Zealanders as possible in behind the goal.  That conversation led to the establishment of the Predator Free New Zealand Trust which has been focused on facilitating a grassroots, community-based national effort to give effect to Sir Paul’s vision. Today’s announcement is a terrific shot in the arm for turning that aspiration to reality.

It certainly is a massive challenge, but New Zealand leads the world in killing predators. We have shown over the past few decades that we can increase the area of predator eradications by a factor of ten each 10 years. The first eradication was the one-hectare Maria Island, accidentally cleared of rats by Forest and Bird volunteers in 1960. The last large eradication was in 2003 on Campbell Island (11,300 hectares).

Since then there has been a bit of a hiatus in predator eradications until the Million Dollar Mouse campaign. This, the latest in New Zealand’s legacy of predator eradication projects, was completed by a DOC-led team a few weeks ago. We now have to wait two years to see if the operation was successful, so fingers crossed.

Hopefully this new fund will support a pipeline of projects for our predator eradication specialists to work on in the future. Otherwise our talented specialists will once more disperse to work on eradications all over the world. This is not the only export to come out of our predator free goal; companies like Wellington’s Goodnature are also exporting their innovative self-resetting traps around the world.

There are many other massive economic benefits here. Tourism is our No 1 export for starters, and nature is our main attraction. Our other exporters lean on the 100% Pure brand, and if we eliminated predators and restored our native biodiversity we might actually live up that promise. Of course predators like rats and possums cost our farmers and businesses $3.3b a year, so any solutions will benefit businesses here and around the world.

Is this announcement enough?

Of course, $28m will not make New Zealand Predator Free, nothing like it. For starters it is the usual Government trick of summing money over years – so this is $7m per year. No doubt a chunk of that will get tied up with administration rather than getting the job done.

But there is no need to be churlish; this money is a good start. Much like has been achieved with solar power and electric vehicles, we need to invest to show that the goal is doable, and to reduce the cost of achieving it. Hopefully this funding will kickstart the process; which is no doubt why the Government wants to see the fund deliver a number of scientific breakthroughs.

There are a lot of promising ideas out there. Hawkes Bay Regional Council is aiming to manage predators on farmland at a large scale. New traps are emerging to keep Goodnature on their toes. Zero Invasive Predators are using traps to create barriers for predators without the need for expensive fences. Otago University are looking at how gene editing technology might help a species breed itself to extinction. In working with the community of Crofton Downs we’ve shown that suburbs can be predator free just by getting one in five households trapping.

Of course, more government money will always help, but my point is that to achieve this we need all of New Zealand behind the vision. As a source of income long term I’ve suggested slapping an environmental levy on tourists to help pay for infrastructure, tracks, huts, even the search and rescue service they use when they get lost. Even $10 per tourist would generate $30m per year, which would be enough to control predators and over time eradicate them completely.

Of course, by exterminating all rats, stoats and possums, this will leave cats as the number one threat to our biodiversity. This will show up the glaring gap in the current approach: if we don’t prevent the wandering of cats in areas with native wildlife then all this will be for naught.

Gareth Morgan is a New Zealand economist and commentator, and a Predator Free NZ trustee.