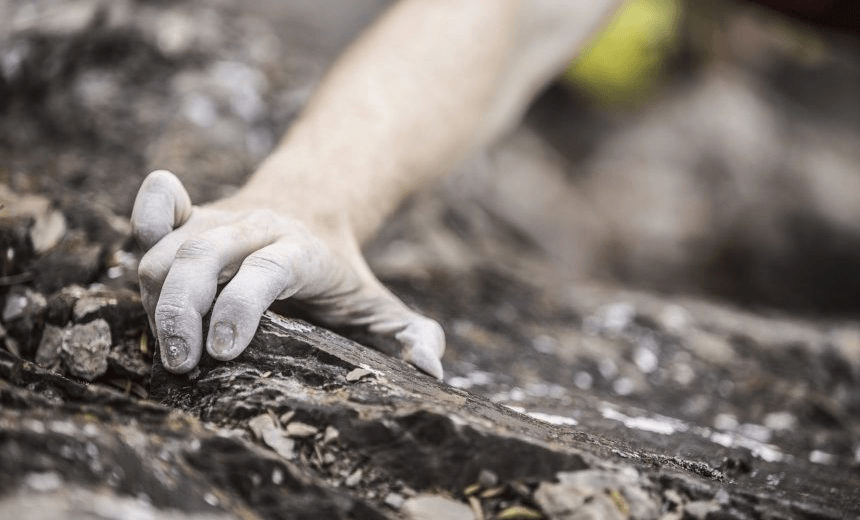 By Max Rashbrooke
Guest writer
Made possible by

It is well-known that poverty and inequality have soared under National. Well-known – and unsupported by the evidence. What matters is at the extremities, writes Max Rashbrooke

Yesterday’s Household Incomes Report, the annual record of inequality in New Zealand, is a confronting read for those who think everything is getting worse. Take the figures for poverty, as measured by the number of households living on less than half the national average (for a household their size). That means having less than $275 a week for a single person (after housing costs are deducted), or $510 for a couple with one child.

In 2009, 14% of New Zealanders – one in seven – were under that line. In 2016? Still 14%. In the last seven years, the poorest fifth of the country have seen their incomes grow by around 12%. That’s only just keeping pace with other New Zealanders – but it refutes the idea that the poor are getting poorer, as a whole.

Take another poverty measure, the number of children living in households that can’t afford basic things like buying decent shoes or heating their house. In 2009, 16% of children were in that group. In 2015, the figure was 14%.

But, the government’s critics might say, even if the poor aren’t getting poorer or falling behind the middle, aren’t the rich pulling away? Aren’t they creaming off an ever-growing amount of cash? Not really. Income inequality, on most measures, has increased a little under National, the Household Incomes Report shows: the rich have done a bit better than the poor; CEO salaries have outpaced those for ordinary staff. But that rise has only been large enough to cancel out the slight fall in the 2000s under Helen Clark, when Working for Families and other schemes tilted the balance back towards fairness. There simply hasn’t been a huge rise under National.

What about wealth, though? Even if the distribution of income – salaries and benefits – hasn’t shifted much, maybe that of wealth – stored-up assets like houses, cars and cash in the bank – has? (Income and wealth improve people’s lives in different ways, so the distribution of both matters.) Again, it’s not clear. The wealthiest tenth’s share of household assets arguably rose from 55% in the mid-2000s to 60% in 2015. But those figures come from different surveys, so care has to be taken in comparing them, and whatever increase occurred was probably driven by the housing boom benefiting some more than others, a process that was well underway under Labour.

There definitely is, nonetheless, a charge to lay at National’s door – but it requires people to hold two different ideas in their heads at once. Within the poorest fifth of New Zealanders, who have seen some improvements under National, there is a group of the very poorest – and they have received quite different treatment.

They are mostly people on benefits grappling with multiple problems, and they have been subject to a punitive regime of benefit-cutting sanctions, often applied inexplicably and probably harming the thousands of children in their care, although the government can’t be sure because it hasn’t been concerned enough to check. (It has equally little idea what has happened to all the people who have moved off the benefit in recent years – whether they are actually better off or have just disappeared from the system.) These people are the first to feel the effects of the housing shortage, and the help offered them has been woefully weak.

That’s why families have started living in cars, Auckland’s rough sleeper population is at a record high, and the number of people seeking help from charities like Wellington’s DCM has doubled. Core benefits may have increased by $25 a week for some last year, but, given the scale of the problems, relying on that is like using a bit of four-by-two to prop up a collapsing tower block.

In short: overall poverty hasn’t increased, but its most extreme forms have. In a way, what the government has done is to revive the old and false idea, never far from middle New Zealand’s intellectual surface, of the distinction between the “deserving” and the “undeserving” poor. The in-work battlers get carrots, the beneficiaries who make “poor choices” get mostly sticks. It’s a “distinction” that gets you nowhere, though, because those struggling the most are generally facing even tougher battles or have even fewer informal supports around them, rather than being lazier or more feckless.

The other point, of course, is that just maintaining poverty and inequality at their current high levels is a colossal failure. Under Labour both were falling, albeit slowly; that progress has been lost. The New Zealand Initiative likes to point out that our big increase in income inequality – the developed world’s largest – happened in the 1980s and 1990s, as if that diminishes the problem. In fact it intensifies it. Unfair inequality divides society, creating concentrated neighbourhoods of wealth and poverty, reducing people’s empathy for each other, and lowering trust. Poverty denies people a fair chance to succeed and leaves permanent scars on children. Every day those corrosions are left unchecked is a day lost, a day in which a child’s life is damaged and the social fabric is further rent. The fact that these problems have compounded for twenty years makes them worse than if they had sprung up yesterday. And such extremes – one in seven children living in poverty, while the wealthiest tenth have 60% of all assets – are neither necessary nor justifiable.

So there certainly are strong reasons to criticise the government – for failing to tilt the balance back towards fairness, and for taking a largely punitive approach to the very poorest. These are real failings. But they are obscured, not illuminated, by wild claims that all forms of poverty and inequality are soaring under National. Those claims should be avoided, mostly because the truth matters but also because the public knows on some level that they are false, that there has been some sharing of the recent prosperity, and so the claims serve mainly to discredit those who make them. The truth is bad enough; no exaggeration is needed.