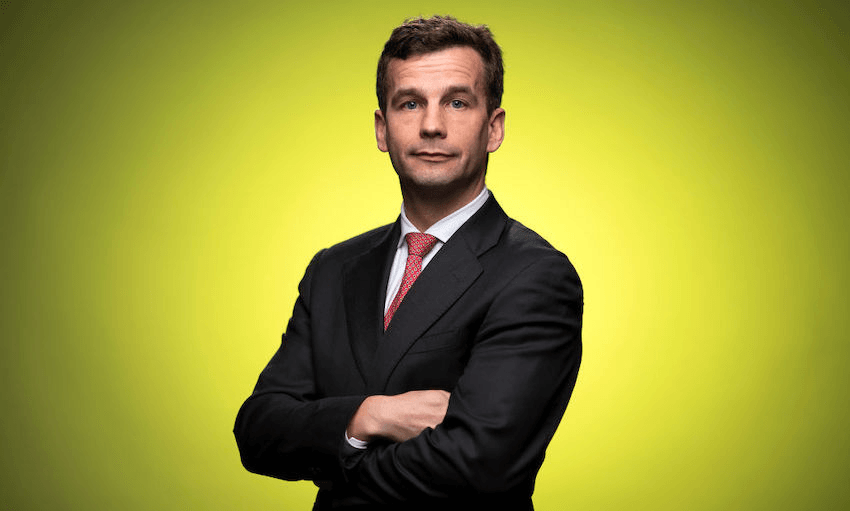 Act up: The simple strategy behind the party’s surprise resurgence

All it took was a laser focus on gettable centre-right voters, writes Ben Thomas.

Act has previously called itself the “party of the individual” and, since 2011 with only a single MP, that has been quite literally true. Luckily for its long-time – and long suffering – supporters, this year that individual is the rising star David Seymour.

Offering any opinion on the comparatively meteoric rise of Act in the current election is an unavoidable self-own, since I worked on a short term contract in the party’s 2017 campaign when it registered a mere 13,000-odd votes nationwide.

I can only throw my hands up and plead historical context.

The party was founded to complete the Rogernomics economic reforms begun in the 1980s. Douglas, the fourth Labour government’s finance minister, came from the social democratic tradition. While his free-market based policies were a far cry from that heritage, his unwavering belief in the perfectibility of society through policy settings would still fit right in.

The inaugural Act leader, Richard Prebble, was an economic liberal but a political populist. He knew full well that even barely a decade removed from Douglas’s heyday, the percentage of the population who backed the completion of the reforms was small. Prebble welded together a coalition of activists comprising free marketeers, businesspeople, farmers, RMA critics, school choice activists, religious conservatives, genuine libertarians and, yes, gun enthusiasts to take the party over 5% between 1996 and 2005.

Prebble’s Act campaigned on tax, law and order, and Treaty issues, and being the “real opposition” to Helen Clark’s Labour government when National was at a low ebb, to mop up votes from the public.

Seymour arrived as MP for the Act stronghold of Epsom in 2014 after the brief and curious tenure of former National Police Minister John Banks (who exemplified exactly none of the party’s liberal roots), which in turn followed the disastrous implosion of the party between 2008 and 2011.

That was the three year period in government when “perk busting” leader Rodney Hide was busted for taking perks, law and order spokesperson David Garrett was busted for having stolen a dead baby’s identity, John Boscawen executed a deputy-leadership coup of Associate Defence Minister Heather Roy, and the resurrected Douglas finally gave up on politics for good.

In 2017 Act (possibly because of overseas consultants who had little familiarity with New Zealand politics) pitched at big issues which, understandably, were seen as the key issues for the majority of voters, such as housing, but which were already vigorously contested by the major parties. There was also a persistent and perplexing belief that current Green voters could be brought into the Act camp because of sympatico values of social liberalism, deregulating urban development, and the cost of superannuation for already rich old people.

As such, trademark Act policies were merged with pitches for these votes. The proposed sell-off of farming state owned enterprise Landcorp was classic Douglas; using the proceeds to pay for a conservation fund would (so the logic went) appeal to wavering urban liberals.

It’s likely that no matter how well Act campaigned in 2017 its vote would barely have flickered. National was still polling huge, retaining the lion’s share of the centre-right vote it had consolidated since 2005, and the English-Ardern “drag race” sucked up media oxygen. But the reality is Act was trying to compete with the big parties, and where it wasn’t it was targeting voters who simply weren’t in the market for a centre-right party.

Seymour’s principles have not changed since 2017. But his electoral focus has.

Choosing those groups is key. So while policies on the minimum wage and super have been reclassified as “inactive” in this campaign while attention goes into the groups most likely to yield votes.

A key moment for Act was the aftermath of the Christchurch shooting, when almost all parties, including National and New Zealand First, joined Labour in speedily reforming gun laws, an inevitable reaction to the tragedy – one strongly supported by the public and most gun owners.

Act opposed the reforms on first on procedural grounds, opening up a channel to the firearms lobby, and drawing a sharp area of differentiation from National and NZ First on an issue that part of the electorate felt strongly about. (Some of the reforms, such as the government’s refusal to exempt historical firearms from the buyback, seem obscure but rouse the passions of collectors and enthusiasts).

This was the significant driver in Act’s colonisation of the now almost completely destroyed NZ First vote – but in a way that was consistent with both the liberal and conservative strains of its history.

The demise of National’s support (in 2002 and now after the simmering tyre fire of the past five months) is of course the sine qua non of Act’s rise: as centre-right voters look to put more steel in the opposition to a probably inevitable Labour government.

But the other key difference since 2017 is Seymour’s public profile and perception.

In 2017 Seymour was established in Epsom and a press gallery favourite thanks to his deadpan interviews (most notably “French love the Coq”), but mostly anonymous with the public. This July, however, a Colmar Brunton poll had him placed as the second most trusted part leader after only Jacinda Ardern.

He’s put a human face on what has since its inception been seen as a party of business fat cats.

Instead of writing a book to raise his profile in this parliamentary term, the Act leader contested Dancing With the Stars – showing off his self deprecating style but most crucially making him a household name.

The “personal freedom” philosophy espoused by Act, in the past, tended to focus on hip-pocket questions like taxation, or a general disdain for government regulation. Matters of human liberty that encroached into the traditional realm of morality were put in the too hard basket, or sidelined entirely so as to not alienate conservative supporters.

Seymour’s End of Life Choice Bill demonstrated a commitment to personal freedom and choice in a way that was unrelated to economic efficiency or market outcomes, and more connected to, of all things, compassion.

He has also (unlike Jacinda Ardern) publicly confirmed he will be ticking yes in the cannabis referendum, further burnishing his liberal credentials. He points out it is a personal vote rather than a party position. In a caucus of one, that’s perhaps a moot distinction.

Being joined, on current polling, by up to nine other MPs, drawn from among the various interests that Act is representing in the current election, may make such clarity more difficult in the next parliamentary term. Seymour will have to prove that, unlike Hide, he can manage a party of individuals.