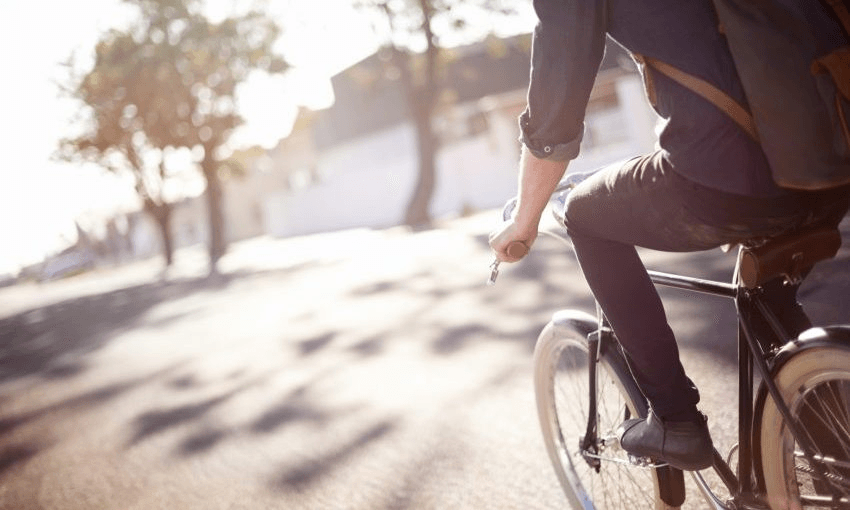 How can councils cut the number of people dying early? Be more like Wellington

By Caroline Shaw
Guest writer
Made possible by

Can your local council stop you getting heart disease and cancer? Our research into the way people get around New Zealand cities suggests it can, writes public health expert Caroline Shaw

Local and regional councils are important. They arrange for the rubbish to get taken away, deal with water on our behalf, make decisions about what can and can’t be built and, of course, make decisions about transport in our cities. They have a hard job, and often don’t seem to be pleasing anyone.

Overall NZ is one of the most car dominated countries in the world, and our transport greenhouse gas emission levels are shameful. However, we also know the way in which people travel varies across our big cities. The six largest NZ cities have had different histories and priorities, which, over time, has led to quite diverse transport arrangements. For example, a higher proportion of trips are taken by bicycle in Christchurch, walking is most common in Dunedin and Wellington, and levels of public transport are highest in Wellington (although let’s face it, it’s a low bar).

What sometimes tends to get overlooked is the cumulative effect of these decisions about transport planning and services (and how our cities are designed) on our health. We recently undertook some research estimating the effects of differences in transport systems between NZ cities on the health of citizens, and on the levels of greenhouse gas emissions. We wanted to know what would be the benefits for residents of Tauranga, Auckland, Hamilton, Christchurch and Dunedin if these cities had the same use of sustainable transport as Wellington city (where around 35% of trips are taken by walking, cycling or public transport).

What did we do?

We used a clever tool called the Integrated Transport and Health Impacts Model (ITHIM), an approach that we adapted for New Zealand. This tool helps us model health impacts (death and disease specifically), and carbon emissions, caused by transport-related injury, air pollution and physical inactivity, by transport patterns. We did this for the six NZ cities’ current transport patterns. We then used the tool to “model” changes in health and carbon emissions, if all cities had the same higher public transport and active transport rates as Wellington (see table above). For the full methods read our paper.

Getting people out of cars benefits everyone (even car drivers)

The results of this “Wellington” scenario on deaths avoided and carbon emissions reduced are shown in the table below (disability results can be seen in the full paper). All cities would reduce the number of people dying prematurely if they were more like Wellington. In Auckland, Hamilton and Tauranga between 49 and 57 fewer people would die each a year. Light vehicle carbon emissions would reduce by 20% in Auckland and 32% in Hamilton. Most of the health benefits arising in the other cities as a result of shifting to Wellington’s transport patterns would be due to more people doing more physical activity (from more walking and cycling), but also importantly due to fewer people being hurt by cars, trucks, buses etc. This may seem counter intuitive since we know that cycling or walking has higher injury risks per km than travelling by motor vehicle (and this model does take that into account). However, getting people out of vehicles into other forms of transport means fewer vehicles on the road and this means overall fewer crashes resulting in death or injury.

This research shows that the decisions that are made by local government about transport (and urban form) are really important for our well-being. These numbers are not trivial; we could prevent the premature deaths of 200 people (mothers, fathers, parents, children, friends, colleagues) per year with this scenario. This is equivalent to around half our annual road toll, and not dissimilar to the number of deaths we might expect a bowel cancer screening programme to prevent each year.

We are not saying that the Wellington transport system should be the one that other cities in NZ aspire to. We know that cities globally have been able to achieve far greater increases in sustainable transport levels than those that are modelled here, often in short time-frames. For example in Vancouver about half of trips are using cycling, walking and public transport- this makes for an incredibly liveable and much safer city for everyone. Much of the increase in sustainable transport there is due to a rapid increase in cycling over five years after the setting of some ambitious targets in 2012. However we know that Wellington transport patterns are achievable in NZ, and they would be a good target to start with.

What do councils and people need to do to make this happen?

We need to totally reverse the funding balance we currently have – in which private cars not people in our cities have been privileged with the funding. Walking, cycling and public transport require much greater financial and policy support from central and local governments to achieve some really positive outcomes for our health and the environment.

Local and regional councils need be explicitly accountable for the health and environmental impacts of their decisions (using a model like ITHIM is one way they can do this). It’s unacceptable (that’s an academic way of saying total bullshit) in 2018 for all options being consulted on in a 10-year transport plan to have “no significant change to greenhouse gas emissions at a regional level” . Government needs to lead here. Politicians need to provide a directive to their own agencies that the transport system has an important role to play in determining the health of New Zealanders and the ability of our country to meet our carbon reduction commitments.

We need a transformation in our thinking about transport; it’s not just about moving trucks, it’s about building better lives for everyone, car drivers and bike riders, walkers alike. And other cities show us this is utterly do-able – even enjoyable.