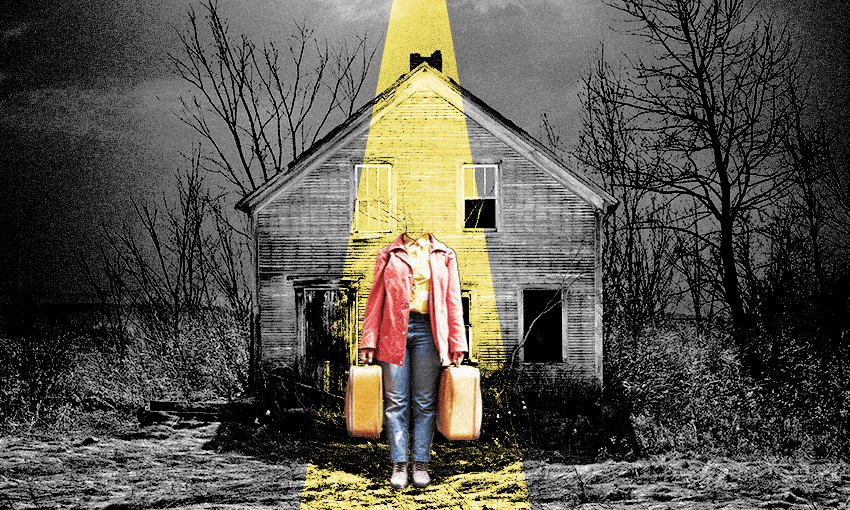 Abortion is not just about the life of a fetus, writes one woman who got an abortion to protect her own life.

Once upon a time, I identified with the pro-life movement. After all, this was the only life I knew, coming from a predominantly Catholic upbringing in my schooling and coming from a country whose national sense of pride came from its Catholic identity. On family vacations overseas, highways would be lined with billboards of embryos from pro-life lobby groups decrying abortion, and even contraception, as murder. All around me, people talked about how the process for abortion was the result of reckless people who couldn’t face consequences. It was July 19, 2017 when I would become the so-called “reckless” woman my world branded with their scorn.

I was a high-achieving student all my life living a strict and sheltered lifestyle, which I would later realise as having hallmarks of family violence. I fled at 22.

1) Do the household chores.

In my life, the message was to obey my family, no matter the cost. I was to fall in line or receive physical or verbal violence, which my family saw as necessary to control my rebellious nature. In addition, family shame from teen pregnancies in my extended family saw my immediate one double down on this treatment. For most of my university education, my main social networks were work colleagues and friends from university clubs. Outside of university or work, I required permission to leave the home, which was often denied. I also did not have access to my bank account. For the longest time I put up with this and thought it was normal. That is, until I fell in love.

Anthony* came into my life like a shooting star. On the day of a test, I overslept and was running late to a test thanks to an argument with my father the previous night. With puffy eyes and mismatched shoes, I ran to catch a random train in the hopes of making it to university on time. That’s where I met Anthony. He started a conversation after noticing my books sprawled on the train seats and my panicked self, telling me that whatever happened, it would be alright if I trusted myself. This set the tone for our relationship.

Anthony and I saw each other on a casual basis as I knew for sure that my family would respond badly. He was the first person I met who made me feel like I mattered beyond what people wanted from me. He cared deeply about justice and encouraged me to think about my emotions, my autonomy, always emphasising my self-worth. Anthony encouraged me to tell my parents about our relationship so he could meet them and alleviate their worries. So I did, and the ensuing fall out was like nothing I could have predicted.

My family refused to recognise my relationship with Anthony. They disapproved of me dating outside my ethnicity and because they were convinced that he would distract me from university. On top of this, they were infuriated that I had decided without their vetting. For three hours I was confined to a room while my parents screamed at me for being stupid, a bitch and a whore. They were shocked at the expectation of autonomy. My parents would go the path of full destruction. I faced the possibility of being beaten as punishment. A suicide threat was used to force me to break up with Anthony. I was threatened that if I stayed with him, I would be pulled out of university and made to work. I would be interrogated on a regular basis about my virginity and checked for marks on my body. I closed my teary eyes and started to rock myself in a fetal position, imagining myself underwater. But I was dragged by the undertow. I would lose my only access to the outside world. I was completely shattered as a person.

My Pākehā friends didn’t quite understand. “Why don’t you just move out and live with him?” “Are you crazy?! I don’t want to get honour killed!”

Waterlogged with tears, I decided that expecting complete obedience was not the same as respecting your children and that I couldn’t live the rest of my life like this. Anthony and I continued to date in secret. He became my confidant and paramour. He personified the freedom, gentleness and patience I never received in my regimented life. I loved him and he loved me. With great love comes great responsibility. With great Metro-magazine-featured Catholic school comes a not-so-great abstinence-only sex education. But I was lucky, wasn’t I? I still made sure I was informed about using protection. But that doesn’t help much with a split condom..

I missed my period. So there I was, 19, running through gynaecology pages on the internet like a headless chicken. I hoped for my period to arrive like the Scarlet Pimpernel to whisk me away from my imminent execution. I had a “period” which was light and spotty and at an unusual time. This could only mean one thing: implantation bleeding.

Family planning is a godsend. The most enduring message for me of my Catholic experience is that of Old Testament prophets and Jesus; to be a person of reassurance and care for someone who feels downtrodden. My experience accessing Family Planning’s resources and healthcare was reassurance that everything was going to be OK. Culturally sensitive and non-judgemental information was available for ethnic minorities like me and my questions were answered with a foundation of science, rather than shame.

We were asked questions about our home lives and our partners, and if the fetus were to develop, would we have a supportive network, and how would we achieve this if it was what we wanted? I initially felt immense shame, like I was carrying around a large scarlet letter. I thought back to what people said in high school. Was I reckless to have not considered contraception failure? But then I thought about the violent environment I was living in. Perhaps that would bring more violence, shame, intergenerational trauma than I ever could with a pill and a healthcare consultation.

After I fled home, I learnt two things. That fleeing is the most dangerous time for a family violence survivor and her associates. And that my honour violence situation is far more common than people realise in Aotearoa. It’s just not talked about. I was pursued and tracked repeatedly by my family and family friends who continued to send violent threats to me online. It was only after I completed my education in family law and connected with family violence awareness organisations that I learnt that all these behaviours are precursors to a survivor being killed.

Domestic violence is a leading reason for seeking abortion. Unwanted pregnancy can be the effect of impregnation as a form of entrapment, sexual abuse and can torpedo the consequences of killing for family honour. If the embryo develops, the child will be forced to enter a cycle of intergenerational violence. For fellow abortion clients the decision was often not reckless or like going to the store; clients were thoughtful and perceptive about the future of unwanted pregnancy.

My access to abortion was key to me to surviving and realising I deserve a life free from violence. With the overturning of Roe v Wade, I worry about what this will mean for people like me. People who wish for a life outside their tower, who are torn apart by family violence, people who are discarded over artificial constructions of shame. I realised that to be truly pro-life is to consider the dignities of the living, instead of the shame and ridicule I found to be so common inside the movement. Bodily autonomy and a life of dignity and safety go hand in hand.