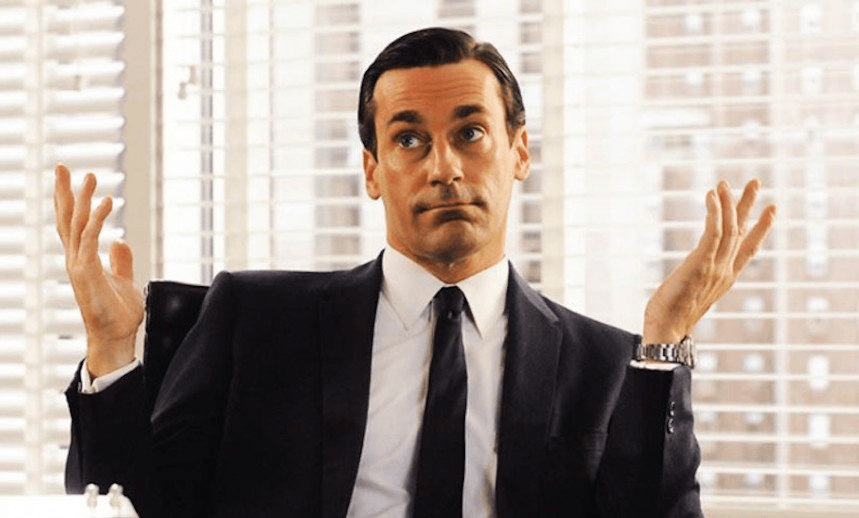 Hello Caller: I’m the calmest person I know. Am I good at coping, or am I actually dead inside?

Is being a super serene person a sign of good mental health – or does it mean you’re a secret sociopath? In-house therapist Ms X weighs in.

I was the creepy baby that never cried. All my life I’ve been the super calm one in my family, friend group and relationships – nothing rattles me. When shit happens it’s usually like water off a duck’s back, and I’m able to compartmentalise like a fucking pro.

It’s not like I don’t appreciate the seriousness of things, or can’t sympathise with other people, or love deeply, or tend to bottle things up and then explode – it’s just that there’s something in my brain which kind of goes “okay, that sucks, but it won’t matter in a year…just re-read some Harry Potter and get over it.” And it works, every time.

It’s kind of like the reverse of the hedonic treadmill concept. When shit hits the fan, it’s a blip on the radar/flash in the pan thing, and I feel totally fine soon enough. My mood remains constant.

And while I love being this way, for some reason, others get really bothered by it. My ex-boyfriend broke up with me, telling me he was unsure if I was extremely well-adjusted or extremely fucked up – like it has to be one or the other?! My sister was dissatisfied with my reaction to my parents’ separation, and said I often got confused between “coping really well with something, and not coping or dealing with it at all”.

I do feel sad at times, of course I do, but it’s mainly in an abstract, detached away…like I’m watching something sad on the news. And I just change the channel to feel okay again. It doesn’t mean that I can’t be there for other people, or understand what they’re going through (in an intellectual, if not visceral, sense, sure). I’m not a sociopath or anything – I’ve done a bunch of online tests (haha).

Do you suspect there’s something wrong with my approach to life’s rough patches? Any perspective would be greatly appreciated!

Am I dead inside?

I really hope you work in emergency services. Or at least volunteer for Civil Defence. Because we really need you and your crisp, calm ways. The ability to be clear headed and steady is a great asset particularly right now when it feels like the world is having an epic fever dream.

Before we pull your letter apart, it’s worth considering how we are socialised to expect women to react. I’d like to think that popular culture is mature enough to embrace and reflect diversity in women’s personalities, but there are still some stereotypes strongly in play on our TVs and on the streets.

I am still amazed (that’s a lie, I am incandescent with fury) when I hear about some random man on the street telling a woman he doesn’t know to smile. I am open to suggestions but I have yet to find a better response than a bright and breezy “Hey you have a nice day and get fucked.” Imagine a society in which women felt it was just fine to instruct strange men to “Smile sweetheart, it can’t be that bad.” I guess that is the handiest example I have of how there is still different expectations about how women react emotionally and how some people feel that it is more than okay to comment on it.

So maybe you have some people in your life who have some redundant or cliched expectations of how women behave or emote. If they are strangers then you can quite merrily tell them to fuck off or some version of that, but if they are related or intimate then I understand that might not work. I am going big with understatement this week, Caller.

In particular this seems to become a problem for you when people (like your sister or ex) feel like you don’t empathise with them. Because, as you say, you tend to skew intellectual or logical in your reaction style. I don’t think I deserve a detectives badge for that interpretation by the way – it was your casual use of “hedonic treadmill concept” that led me there.

Calmness can be interpreted as coolness by some people. I reckon you also seem to have a double serving of perspective in your personality. You seem to feel that a lot of shit is not worth getting upset or agitated about. If you told me you also had a feeling of emotional flatness or an inability to feel joy then I would suggest talking to a therapist but what you describe is perhaps just an abundance of rationality. I don’t think that is a bad thing as long as it doesn’t lead into long periods of the previously mentioned flatness or a depressive-type zone.

So how might you express empathy to someone that thinks you’re disconnected or too cool but who you really do want to comfort?

There is a therapist’s technique that might be of use to you with your sister or anyone close. It might help you dilute their impression that you are detached and allow them to feel heard by you.

Its called reflective listening. It means that when someone says to you “I am so so fucking angry with XYZ” then you reflect back what they have said – “I get it, you are really furious right now especially about XYZ”. Basically, you paraphrase what they say and serve it back to demonstrate that they have been understood.

But be careful how you use it, because sometimes it can come across as a wildly insincere gesture of the kind learnt at a pyramid selling course. In fact it can be even worse when it’s a bunch of baby therapists trying it out on each other like the Vulcan death grip except using only nodding and condescension. Like any communication tool, it helps if you are coming from a place of sincerity and positive regard.

Speaking personally, I sympathise because I am not much of a crier. There have been some remarkable geyser like exceptions to that (noticeably when my hormones have taken the wheel) but on the whole I don’t cry much. This has been a problem for some people, they have seemed a little bit suspicious of me because I don’t automatically join them on whatever level of emotion that they are experiencing. But I can’t manufacture tears or ramp up a false level of distress.

So while I try to make my friends who are criers feel completely comfortable when they need to cry but importantly my closest friends understand while I am completely on their side and there for them there will not be much crying from me. Swearing yes. Tears not so much.

Caller, overall I feel like what you are describing is a personality trait rather than serious problematic behavior. I don’t get the feeling that this is a massive problem or symptom of a disorder; it sounds like it is just who you are. I get the impression that we (y’know, society) over-pathologise a lot of behavior and while it is good that we seek to understand diversity that doesn’t mean we should iron out all the differences.

As for your sister, sometimes we are related to people who even through they grew up beside us just don’t GET us. That is why you get to choose your friends and why you should choose to be with people who feel like your tribe.

Now please proceed to volunteer with Civil Defence because our nation needs you!