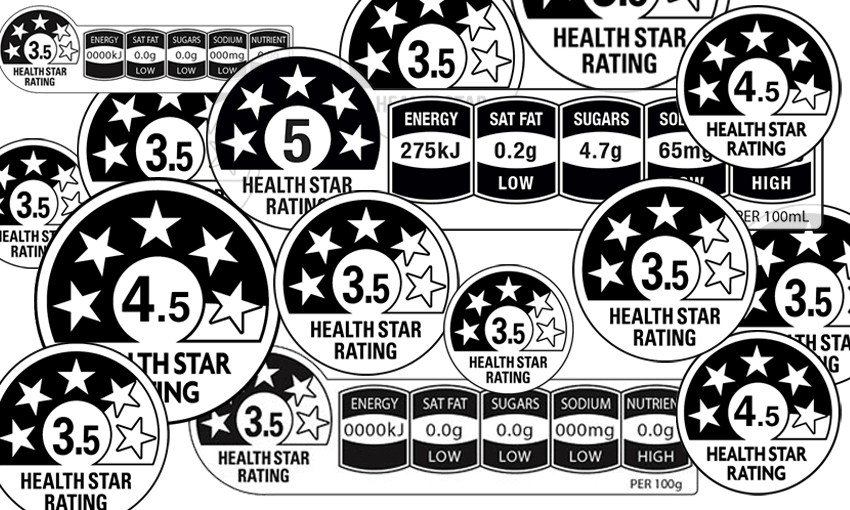 Why Health Star Ratings are bullshit

For years, Milo has (literally) been milking its Health Star Rating thanks to a loophole which allows calculations on an ‘as prepared’ basis. Jihee Junn looks at how the Milo’s removal of its rating puts the spotlight back on the system’s shortcomings and why the HSR is due for a serious review.

Milo has always positioned itself as a champion for kids and sport. Pictures of happy kids running marathons and playing cricket are frequently emblazoned on the front of its products, while fun marketing gimmicks (last year it gave away free activity trackers with every purchase) have all helped to shape Milo’s image as a “nutrient-rich drink for active kids”.

By and large, Milo’s been lent a lot of credence thanks to its 4.5 Health Star Rating (HSR), which is just shy of the highest possible score of 5. But earlier this week, it announced that it would remove the stars from its packaging altogether – a response to longstanding criticism of Milo from the media and its customers.

After all, Milo is basically 50% sugar which, by itself, scores just 1.5 on the HSR scale. But the reason why Milo could claim to have a 4.5 HSR is down to a loophole in the rules – one that lets manufacturers calculate their HSR on an ‘as prepared’ basis. For Milo, that was calculated with skim milk which is lower in fat. But doing so ignored the reality of how most New Zealanders drink their Milo: with standard blue top/full-cream milk, which gives the drink a score of just 2.5. In fact, a survey conducted by Consumer NZ found that when it comes to mixing the powder with skim milk, just a quarter of Milo drinkers do so.

The HSR system – which is run by the New Zealand and Australian governments – has been in place now for almost four years. Its purpose was simple: to make it easier for consumers to pick out healthier packaged foods (hence, you won’t see ratings on things like fruit and veges). Its intent was to take the guesswork out of reading food labels, which can be overwhelming and cumbersome when you’ve got ten different brands of muesli screaming at you from the shelf.

But the fact that Milo has managed to get away with spruiking their HSR with a skim milk recipe proves that a review of the four-year-old system is probably long overdue. Which, by the way, is an entirely voluntary system. It’s why Milo can just as easily take its HSR off as it can put it on. It’s also why a large majority of products with poor nutritional value don’t bother to put ratings on their packaging at all. Instead, many products will display a carefully selected nutrient, like energy for lollies or protein for nuts (although kudos to Arnotts for even bothering to put the HSR on the front of its latest Tim Tams, which scores the lowest possible rating of 0.5).

‘The more stars, the healthier the food’ is the basis for how the HSR works, which is calculated by manufacturers by taking into account fibre, salt, sugar and other nutrients. But perhaps that’s veering towards an oversimplification. After all, the fact that the HSR allows a food’s positives (fibre, protein) to offset its negatives (sugar, sodium) to give an indication of overall nutritional value ignores the way the body works. It’s essentially the same rationale that thinks that the benefit of a salad will offset the detriment of a soda.

Milo, of course, isn’t the only product that’s resulted in problematic Health Star Ratings. Kellogg’s Nutri-Grain, for example, has a HSR of 4 despite being more than a quarter sugar. Sanitarium Up&Go (a 2017 recipient of a Bad Taste Food Award) has a 4.5 HSR even though the average 250ml carton contains roughly 19g of sugar.

Speaking of breakfast drinks, Lewis Road Creamery found itself in a bit of a kerfuffle recently when it was forced to pull its latest 5 star rated product from shelves after discovering the amount of sugar printed on its nutritional label was wrong (it forgot to add the sugar in the milk). Originally, Lewis Road Creamery’s Breakfast Drink boasted of having just 7.7g of sugar. Then it realised it actually had over 20g of sugar, which is ironic seeing as it was praised at the time for having approximately half the amount of sugar of Up&Go.

Star rating systems will always be a simplification. Much in the same way a three-star review for book or film can mean different things to different people, ‘healthiness’ is also largely a subjective construct. Calculating overall nutritional value is only part of the picture and falsely implies that good nutrients negate bad nutrients. It’s why Consumer NZ has recommended in the past that there be a limit to the number of stars a high-sugar, high-fat or high-sodium product can attain. It’s also called for the guidelines to be amended to prevent manufacturers basing calculations on unrealistic assumptions about how products will be prepared (in its most recent meeting, the HSR’s advisory committee acknowledged that the ‘as prepared’ rule needed to change).

Amendments such as the ones suggested by Consumer NZ will go a long way to restore consumer confidence in the system. And while Milo won’t be using a spruiked-up HSR in aid of its carefully crafted image anymore, at least it’s still got its fitness-coated marketing to back it up.