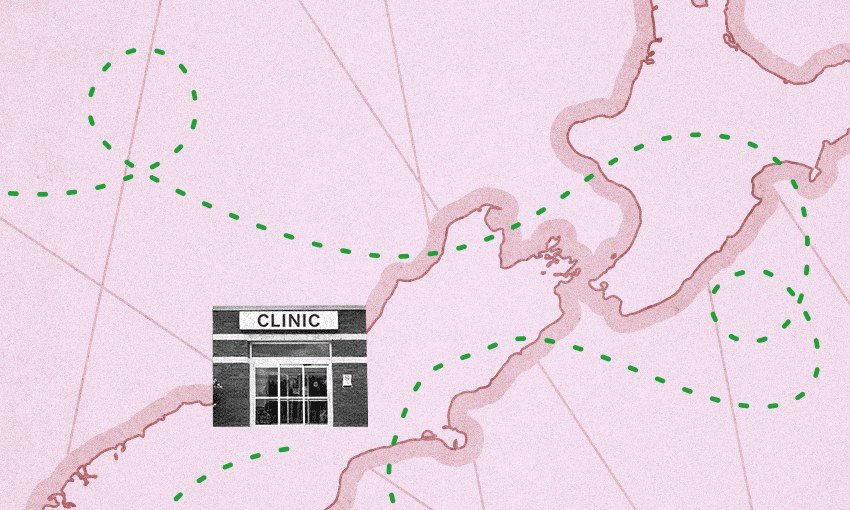 The 2020 law change should have made abortion services easily accessible to all who needed them. But that’s not what happened.

In response to the US Supreme Court’s decision to overturn Roe v Wade – ending the constitutional right to an abortion in that country – prime minister Jacinda Ardern was quick to bring up New Zealand’s recent liberalisation of abortion laws.

“Here in New Zealand we recently legislated to decriminalise abortion and treat it as a health rather than criminal issue. That change was grounded in the fundamental belief that it’s a woman’s right to choose,” she said.

One part of the legislation Ardern mentions requires the Minister of Health to “take reasonable steps to ensure the availability of abortion, counselling, contraception and other reproductive health services in New Zealand.”

So I wanted to find out: how available are abortion services in New Zealand, really?

I started this investigation with the basic understanding that an early medical abortion involved taking some medications which made your body miscarry the pregnancy over the next day or so. In many ways this is the easiest way to terminate a pregnancy, so I decided to focus on this type of abortion.

For more information, I turned to abortion.org.nz and decide.org.nz. Paraphrasing from their websites, an early medical abortion can be done up to nine weeks after the beginning of the person’s last period. It involves the use of two medications to terminate the pregnancy and is performed without the need for surgery. Usually, the patient will experience the miscarriage in their home surroundings.

Given that the procedure is non-invasive, I naively assumed GPs would be able to prescribe the medication to their patients. But the reality is that there are 24 places in New Zealand that provide an early medical abortion. Twenty four.

They include most hospitals, as well as a few health clinics. This means someone seeking an abortion in New Zealand has to travel up to 200 km to access medical care.

In most cases, this is a trip that involves being given the medication before driving home to have the pregnancy end there. Blood tests follow over the next week or so, but this isn’t necessarily at the same clinic.

There are over 50,000 women who live more than 100 km from the closest facility that provides abortion services. Of these, about 14,000 are living in the most deprived quintile (20%) of New Zealand.

This means they’re less likely to have access to the internet at home, and more likely to have low incomes, be part of a single parent family, and live in overcrowded and damp houses. These are circumstances that don’t lend themselves well to an unplanned pregnancy, but paradoxically, they also make accessing abortion care in New Zealand more difficult.

The Ministry of Health is working towards setting up a nationwide telemedicine abortion service by November of this year. For these women and many others, this will be an important step towards actually having abortion services available to them.

It’s time to live up to the legislation that the prime minister was eager to share on the international stage, and truly make abortion services available to everyone in New Zealand.