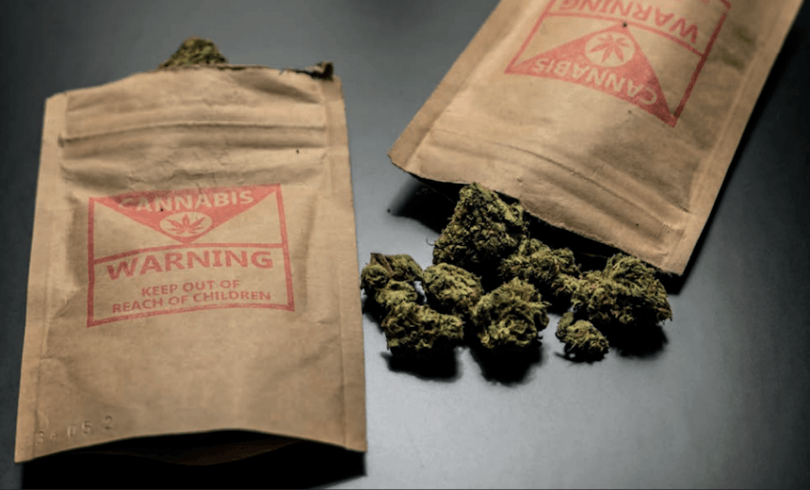 Our politicians won’t do it, so the Drug Foundation did: A model drug law for New Zealand

By Ross Bell
Guest writer
Made possible by

New Zealand once led the world in social change, but we’ve really slipped behind when it comes to tackling our drug problem. We once again need to bring together the determination and smarts that led to suffragettes winning the vote for women in 1893 and the demand for gay marriage gave way to legalisation in 2013. Now is the time to update our obsolete dug law.

The Misuse of Drugs Act 1975 is over 40 years old. It doesn’t work and it is causing long term harm to New Zealanders. It sets out harsh criminal penalties for possession and use of drugs in an attempt to stop people taking them. It doesn’t work, and we need to urgently do something differently.

While many of our politicians bury their heads in the sand, our drug laws are hurting the people they are supposed to protect. Meanwhile we continue to neglect the investment in prevention and treatment that users need.

Even though we convict thousands of people each year for using drugs, we still have some of the highest use rates in the world. Our laws prevent people accessing help when they need it, and they leave thousands every year with a criminal record that damages their future.

It’s a simple fix. We need to repeal the Misuse of Drugs Act and replace it with a new Act that treats drug use as a health issue, not a criminal issue. We need to invest in the potential of our young people instead of burdening their future. We need to equip police to better prevent crime. We need to empower our communities to look after those with drug use disorders.

Under our proposal, commercial supply and trafficking of drugs would still be punished, but people who are caught with drugs for their own use would not face criminal penalties. Why? Because the vast majority of people who use drugs do so without causing harm to themselves or others. Prosecuting them can have a far-reaching negative impact on their lives but has limited or no effect on their drug use.

The minority who do struggle with their drug use need support, compassion and access to treatment. Fear of criminal punishment does not stop people using drugs. In fact, it can make them use more heavily. Offering treatment instead is not only more humane, it actually works.

Changing our drug law is the next step we should take to free ourselves from the harm of conviction, of shame, of discrimination, of stigmatisation. And we want to get this done by 2020. People are ready for this. They want solutions.

The first part of our model drug law is based on the Law Commission’s 2011 recommendations – which proposed a model of health referral instead of criminal convictions and of removing any legal barriers to innovative harm-reduction practices – and the Portuguese model of reform. All currently illegal drugs would be decriminalised. If police find a person in possession of drugs, they would issue a ‘mandatory caution’ which includes health information and legal advice.

After one, two or three cautions (depending on the drug), the person would be required to attend a brief intervention session to assess whether further health assessment and treatment is needed. If so, a range of non-compulsory treatment options would be available. To ensure the focus remains on improving health outcomes, any legal penalty for not attending the intervention session would be restricted to an option to reschedule or a low fine.

A regulated market for cannabis

A poll commissioned last year showed 64% of New Zealanders now support decriminalisation or legalisation of cannabis. Under our drug law it would no longer be an offence to possess, use, grow or sell cannabis, under tightly regulated conditions. Our model for regulated cannabis aims to protect young people and keep health considerations central.

Because cannabis use can be harmful, especially for those who start using earlier in life, we need a system that will minimise the number of people who use cannabis, make it harder than it is now for those under 18 to access cannabis, educate people about the risks, and make it easier for anyone struggling with their use to access support.

The regulatory system set out in the Psychoactive Substances Act 2013 could be modified to accommodate the development of a cannabis market.  The Act is designed to regulate the availability of psychoactive substances to protect health and minimise harm.

Licensed premises would sell only cannabis, cannabis-related paraphernalia and plant seeds, and only those over 18 would be allowed entry. Businesses would be prohibited from selling alcohol and tobacco alongside cannabis. The locations and opening hours of licensed premises would be strictly regulated. There would be no retail outlets near schools, for example and communities would be consulted on premises in their area. Workers in cannabis shops would have training in health issues relating to cannabis, such as keeping an eye out for signs of dependency.

In 2016 Treasury estimated that a legal cannabis market could collect $150 million per year in tax revenue, and would save $400 million on drug enforcement. We want to promote small-scale community development and keep profits in those communities, avoiding a powerful industry lobby like we have in alcohol and tobacco. It makes sense to keep growers as small scale as possible and make it easy to register as a grower. By registering growers we can keep cannabis free from pesticides and ensure it is tested regularly for potency levels.

We do not want to encourage the development of a wide range of cannabis products, as this could encourage new users, especially young people. It would go against public health principles to allow THC gummy bears for sale or for people to sell special brownies at farmers’ markets, for example. Therefore, if edible products are to be available, these should be licensed for sale on a case-by-case basis. A licence could only be issued if manufacturers demonstrate a low risk of harm and meet other criteria.

We support supply models that will enable disadvantaged regions to benefit from growing cannabis. This could be done by keeping licensing requirements simple and inexpensive and helping current small-scale suppliers move from the black market into a regulated market. A previous cannabis conviction would not prevent registration as a grower.

People would be able to grow enough cannabis for their own needs at home. Under the model law, individuals can grow up to three mature plants each (maximum six per household) for personal consumption. People may gift homegrown cannabis to adult friends but may not sell it.

Te Tiriti o Waitangi guarantees legal equality for Māori and other citizens of Aotearoa but this isn’t happening under our current drug law.  Māori are imprisoned and convicted at hugely disproportionate rates. Changes to our drug law could reduce Māori drug convictions by as many as 1,300 per year. That means fewer tangata whenua coming into contact with the criminal justice system and fewer trapped in endless cycles of reconviction.

Our proposals will also improve health outcomes for Māori by significantly increasing the amount spent on drug treatment. We also want to actively promote equity by ensuring Māori communities feel the financial benefits from a regulated cannabis market.

Because we regard this as a health issue, not a criminal one, our model also puts new into spending in education, harm reduction and treatment. In 2014/15, we spent $268 million enforcing our drug laws but only $78.3 million on drug-related health interventions. How might things look if the scales were switched?

It would increase investment in drug prevention and education that is evidence-based, removing legal barriers to providing harm-reduction services such as supervised consumption rooms and drug checking, double the funding for treatment services to eliminate waiting lists, and ensure a full range of treatment options are funded, including community and whānau-based services.

If your son or daughter was struggling with their drug use, would you prefer they receive effective and timely treatment or face a jail sentence?

Let’s not let any pre-election short-term political anxiety prevent us from following that new direction. Indeed, it’s been welcome to see in the last few months a number of political parties happy to engage in very public discussions about reform. But we still need to find a way to help those larger parties overcome their shyness.

A fresh way to deal with drugs is needed more than ever in New Zealand. The Drug Foundation’s roadmap for reform Whakawātea te Huarahi – A model drug law to 2020 and beyond is available online. To debate new approaches to drug law that are fit for the 21st century, the NZ Drug Foundation is running the Through the Maze: Healthy Drug Law parliamentary symposium (5-6 July, Wellington).