As a doctor with an ear to minority ethnic communities, Carolyn Providence has bad news: for many, vaccine hesitancy is perfectly rational – and it’s next to impossible to shame people out of it.


I’ve been thinking a lot about what happens when trust between communities and healthcare systems erodes and fractures. There is good evidence that distrust is most prevalent in minority ethnic groups, in marginalised groups, and those of lower socioeconomic status. Excellent New Zealand-based research in 2019 confirmed deeply entrenched health inequities for Māori. However, to date, there is no large-scale survey on attitudes to healthcare with different ethnic groups. A lot of what we know comes from personal experiences.

Some communities often appear to disengage with traditional providers, which can reinforce their sense of powerlessness. In the early days of my hospital practice in New Zealand, a colleague advised me that prescribing antibiotics to some Māori at discharge was simply an exercise in futility, as “they did not believe in it” and would not “engage”. At the time I struggled to process this information in light of my own knowledge of best practice. As a woman of colour, I frequently felt disempowered within my own professional circles, which I eventually correctly ascribed to experiences of ostracism and gender bias. My hope was that my own troubling experiences could inform my work tackling the apparent disempowerment in the communities I served.

New Zealand’s vulnerable communities are at much higher risk of poor outcomes due to health inequities – and it turns out a pandemic will ruthlessly exploit these preexisting inequities. Vulnerable communities say they find themselves in a much more precarious position today. Yes, NZ has had a world-leading response in eliminating the virus, but we have not correspondingly eliminated medical mistrust. Voices of disinformation have grown louder and more strident. Polarisation risks becoming entrenched. 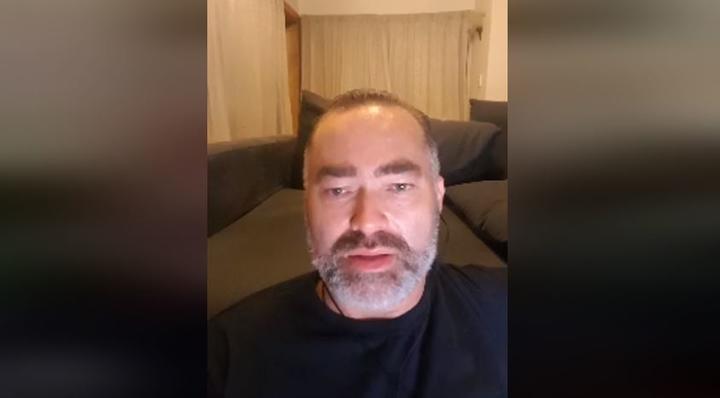 Using cognitive science tools, we can start to make sense of the situation. Poverty, lack of educational opportunity and historical suppression are powerful forces that drive those affected to stick together, especially in the face of an existential threat like a pandemic. The sense of threat can be nullified by congregating with others who look exactly like you while keeping away from those who do not. This tendency has always been present, from our evolutionary infancy to today. Even with the advent of mass communication, the human brain is still hard-wired for recognition of self in others. In marginalised communities that get most medical information from within, clashes often simply reflect mistrust of outsiders.

It is tempting to leave it to conventional medical providers such as GPs and district nurses to directly rebut misinformation.  However if a group bonded by shared experience falls prey to conspiracy narratives, it will tend to stick with them. Much research has gone into the cognitive mechanisms that turn theories into strongly held beliefs. Heuristics are mental shortcuts which are formed not on the basis of logic or analytical thought, but on feelings and intuition, and are crystallised by “groupthink”. They produce biases, a fixed way of thinking. Biases function to anchor beliefs where like-mindedness provides an existential advantage and social survival is the goal.

Should we simply counter misinformation with a deluge of facts? Cognitive science again suggests it’s not that simple, providing clues as to why adherents often stick to conspiracy theories in the face of overwhelming evidence to the contrary. As a pioneering 1957 study showed, when people encounter contradictory evidence to an existing belief it tends to create in them such discomfort that they re-interpret the evidence in a way that supports the existing belief. We can see this “cognitive dissonance” at work when those who propagate misinformation claim that any such contradictory evidence is simply proof of efforts to suppress them. Resistance seems futile. A photo of a man being ‘treated’ as part of the Tuskegee Study of Untreated Syphilis in the Negro Male – in truth, participants did not receive the proper treatment needed to cure their illnesses. (Photo: cdc.gov, date unknown)

And there is an even greater hurdle to overcome in countering medical misinformation: the instances when theories touted as conspiracies are subsequently revealed to be the truth. It is hard to over-estimate the damage to susceptible populations wrought by these revelations; it can take generations to rebuild some of that trust. I’m currently undergoing a thorough re-education in the ways medicine was used against colonised and subjugated peoples. There are the Tuskegee Studies of Untreated Syphilis on African Americans from the 1930s to 1970s. The barbarous experiments determining human pain thresholds on Aboriginal Australians in the 1920s. We hear claims, currently under investigation, of non-consented sterilisations carried out on immigrant women seeking asylum in the US. Examples like these are vital context for the drift towards vaccine scepticism within tightly bonded but marginalised communities facing a disease that disproportionately infects and kills them.

So what then are some more effective methods of countering vaccine hesitancy? As health care providers we understand that to counteract false narratives effectively one must come from a place of shared experience and empathy. Use logic alone, and you will fail every time. Advertising campaigns are good; human engagement is much better. Leveraging the power of the diversity already within our health workforce can bring untold benefits. Health policy designers must meticulously match the cultural needs of communities to providers, including non-Pākehā, non-Māori communities. For example, in my own community, vaccine information provided in a town hall setting is less likely to be well received than the same information provided as part of a social gathering with food, music, childcare and a focus on storytelling. People respond instinctively to stories and it is imperative that messengers correctly relay and interpret the stories through a lens not of “them”, but “us”.

Having borne witness to appalling inequity in delivery of healthcare to Māori, I now have a more holistic perspective on minority ethnic health provision. I hear the fears under the cognitive dissonance. I recognise the loss of agency behind the faulty heuristics. I empathise through the mere fact of being an under-represented member of the very health sector within which I practice.

Buzzwords like “cultural competency “and “sensitivity training” are good – but more is needed, and quickly. Empowerment is critical, but it must go both ways. Medical providers should be empowered to take a more activist role, not simply to rubberstamp political decisions. Doctors and nurses of all ethnicities should be resourced to utilise the communication methods which more effectively reach their intended audiences. I’m talking especially about social media (where most medical misinformation thrives) and the lay press. Let’s hear healthcare workers regularly reaching out to their respective communities, in their own dialects and languages.

Individuals should be encouraged to raise their voices. Every single healthcare worker can now be an advocate for the community they represent, and it is imperative that this force be recognised and harnessed. It’s crucial that there be institution-wide education on basic principles of communication with respect to vaccination. Those who teach must first be taught.

I now understand how conspiracy theories are co-opted by powerful operatives with their own agendas. These seeds of misinformation have had a fertile ground of health and income inequity, racial discrimination, medical mistreatment and institutional neglect from which to take root. But both individuals and organisations have the tools and opportunity to address the problem. Let’s start now.