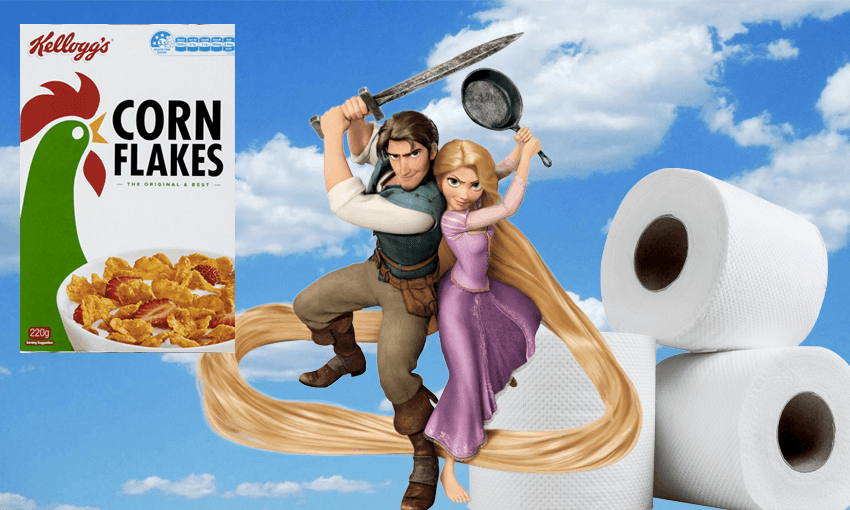 What is a simp? The best of 2020 Google search trends

Google has released its list of top trending searches New Zealanders made in 2020, and surprisingly, they’re not all about Covid.

In this hellscape year, New Zealanders have turned to many vices to help us through. From Tiger King to TikTok, there’s never been a better time to waste time online. While the world’s population has been locked inside their homes for significant portions of the year, Google has taken account of all the trends of things we have been searching for.

It’s no surprise that the top overall trending searches (defined by increase in search interest in 2020 compared to previous years) were for “coronavirus”, “US election results”, and “Zoom”, but further down the list, some far more interesting results begin to show. Here, some of Google’s biggest trending questions of 2020, and just to be helpful, their answers.

Why were cornflakes invented?

They were invented by (massive virgin) John Harvey Kellogg in 1878, who hoped the plain-tasting food would stop people from jerkin’ their gherkin – an anaphrodisiac. It was even marketed as a “healthy, ready-to-eat anti-masturbatory morning meal”, which is funny seeing as the Kelloggs cornflakes logo is a giant cock.

Kellogg never had sex but he did become a multi-millionaire from his cereal company. What’s better, becoming a millionaire, or having sex? It’s a real toss-up, though obviously not for Kellogg – he never tossed anything.

What is a simp?

The seventh highest-trending “what is” question searched this year, and in my personal opinion, the most important. “What is a simp?” is a question everyone should know the answer to, if for nothing more than to make sure they’re not one.

So what is a simp? Before you rush off to Google it for yourself, I’ll tell you. It’s kind of like what the millennials used to call a “nice guy” – someone who does WAY too much for the person they like. A simp thinks buying flowers for their girl is enough to make up for the lack of any other positive personality traits.

There’s a reason “nice guys” finish last, and it’s because “nice guys” are actually “simps” and “simps” are the worst. In the words of Spinoff writer Josie Adams on Monday: “I’ve decided I actually hate simps.”

What is the name of the kingdom in Tangled?

In a year full of shocking conspiracy theories, it’s surprising this one made it to the list. Tangled, an animated Disney retelling of the story of Rapunzel, was released in 2011, but it wasn’t until 2020 it became embroiled in the mess of conspiracies surrounding the pandemic. How? Because the kingdom Rapunzel lives in is called Corona.

“Wait a minute here,” says a popular tweet about the Tangled conspiracy, “Rapunzel is trapped in a tower (quarantine) and hidden from the kingdom named Corona… Did anybody else realise this?”

DiD AnyBoDY ElsE ReaLiSE thIS?

I’m not sure if people thought this meant the Disney corporation was responsible for Covid, or it was some government plot to subliminally prepare us for the #plandemic. I refuse to go any further than reddit in my digging into this conspiracy.

Why is the sky blue?

The ultimate question, the model question, in some ways, the only question. I can only assume this reached the charts due to exhausted parents of three-year-old children just trying to get through a month in lockdown.

The answer is: nobody knows, or that was the answer I always got when I asked questions too early in the morning before Mum or Dad had a coffee.

The real answer, according to NASA, is: “Sunlight reaches Earth’s atmosphere and is scattered in all directions by all the gases and particles in the air. Blue light is scattered more than the other colours because it travels as shorter, smaller waves. This is why we see a blue sky most of the time.”

I don’t know what that means. Good luck to you and your three-year-old.

Why are people buying toilet paper?