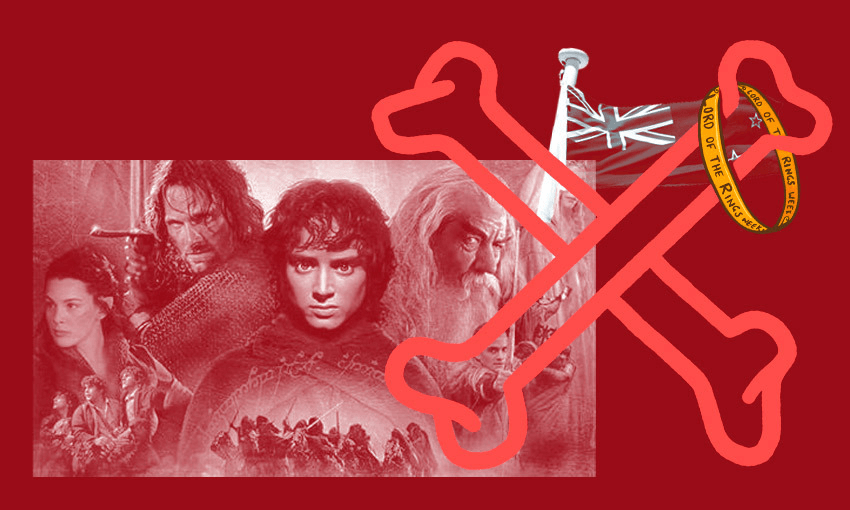 Why we shouldn’t glorify Lord of the Rings

Peter Jackson’s trilogy has been loved by New Zealand for 20 years. Naomii Seah asks if it’s time we take a closer look.

Lord of the Rings is meticulously crafted, beautifully shot and visionary. The project pioneered visual effects techniques and camera work, employed over 20,000 people in New Zealand alone, and has boosted our national revenue through tourism and merchandise.

Why? Well, for one I have the attention span of a gnat, and more than three hours per movie is just too much. But that’s my own fault for watching too many TikToks.

Jokes aside, JRR Tolkien, although in many ways progressive for his time, was not immune to the rhetoric of eugenics and imperialism that permeated Britain in the early-mid 20th century. There’s been endless debate about whether Tolkien was racist. I don’t care about that. But he was a British citizen, writing around the time of World War II. And it shows in his description of Orcs as “squat, broad, flat-nosed, sallow-skinned, with wide mouths and slant eyes: in fact degraded and repulsive versions of the (to Europeans) least lovely Mongol-types”. It’s also evident in the way Orc-Goblins and Orc-Men are considered monstrous: an unpleasant echo of the mid-20th-century eugenics movement, which sought to prevent inter-ethnic marriages. Genetic determinism is also front and centre in Middle-Earth, driving its central conflict.

For a film that began production in 1997, Jackson and co sure did carry over a lot of that 1950s prejudice.

Twenty years ago may seem like a long time. “Times were different in the early 2000s!” I hear you yell across the internet abyss. But it had been an even longer time between the publication of The Fellowship of the Ring in 1954 and Jackson’s film.

Between 1954 and 1997, apartheid and the civil rights movement had brought global attention to systemic racism. Locally, the 1970s and 80s saw an era dubbed the “Māori renaissance”, where indigenous arts and language flourished, as those who’d had their culture beaten out of them began to reclaim their whakapapa.

Increasing indigenous activism saw a rebrand of New Zealand as a “bicultural nation”, and perceptions of race relations between Māori and Pākehā continued to be seen positively overseas, despite the realities of day-to-day life.

And in the midst of this swirling debate about race relations, biculturalism and equity, Jackson created… a white imperialist film?

Let’s unpack. Tolkien aimed to create a sense of history with Middle-Earth. Tolkien’s hobbits are meant to represent domestic middle-class England; a romanticised, pastoral, simple way of life that is long gone. Hobbits are “ordinary folk” and in Jackson’s films, “ordinary folk” are exclusively white – or at least white-passing.

That seems particularly damaging when one considers the film’s positioning as part of New Zealand’s national identity. Are all New Zealanders meant to identify with the (white) hobbits? It’s a callback to the settler culture of New Zealand in the 20th century, when Pākehā glorified the “motherland” and anglophilia dominated the emerging culture.

So where are all the people of colour in Jackson’s Middle-Earth? Surprise! They’re the bad guys. The screen adaptation takes the racial coding of Tolkien’s description of the Orcs and supercharges it. In the films, Lawrence Makoare and Sala Baker – two of the few cast members of colour – played the villainous Uruk-hai captain Lurtz, and Sauron himself. Lurtz’s “White hand of Saruman” bears disturbing resemblance to Aboriginal body art, and the facial piercings, darkened skin and dreadlocked hair of the “evil” races are all cultural markers of ethnic minorities.

While Tolkien at least attempts to humanise the Orcs in his novels, there’s little such nuance in Jackson’s films. Orcs are born bad, from literal mud and filth, and they oppose “ordinary” – white – people.

The central irony is the close association of “free peoples” and nature. It’s a radically revisionist interpretation of “history”, considering colonisation decimated the landscape of Aotearoa. So it seems extra insidious that an English, and let’s face it, white narrative, which explicitly labels the north and west “good” in opposition to the “evil” east and south, has become so deeply rooted in the national consciousness.

It’s a beautiful film, and for New Zealand watchers, it’s particularly gratifying to see local scenes displayed in breathtaking panoramic shots. But Jackson’s film is not set in New Zealand. And the conflation of Middle-Earth – with its English values and imperial undertones – with our post-colonial nation is a troubling one. Particularly when the film, and Jackson, are placed on such high pedestals.

But it’s time we had a closer look at our cultural narratives. Who’s writing them? Who’s funding it? (Spoiler, the New Zealand army helped build Hobbiton. Make of that what you will). What are their interests? And as a nation, aren’t we trying to move on from the atrocities of the colonial era?

So before anyone accuses me of being unpatriotic, let me finish by clearing the air. I don’t hate Jackson’s work. I hate what it stands for.