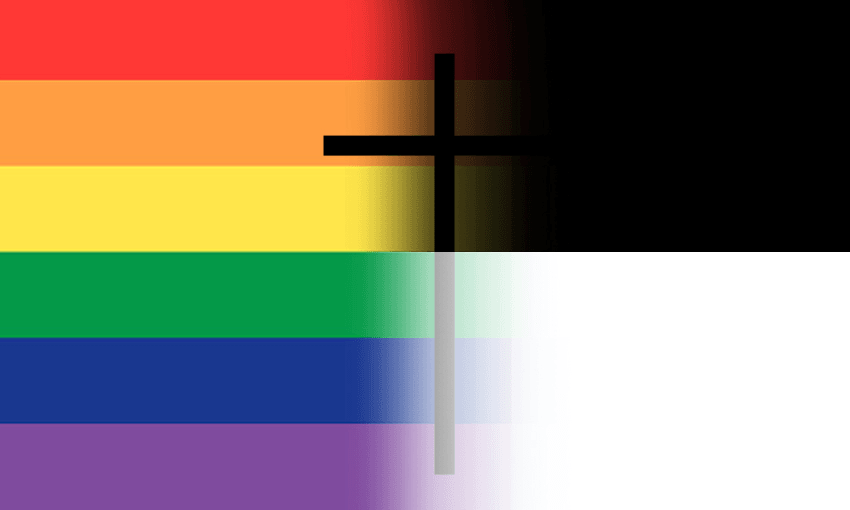 After two unsuccessful petitions in 2019, Labour is finally promising to ban conversion therapy in the upcoming election. Sherry Zhang talks to Anna* about what conversion therapy was like and what a ban on its practise would mean.

“It makes me want to cry. It makes me feel seen, like I’m not just making shit up.” That’s how Anna, who underwent conversion therapy as a young adult, describes the news that Labour will ban the controversial practice if re-elected.

Conversion therapy is a pseudoscientific technique that attempts to change or suppress someone’s sexual orientation or gender identity through shaming, emotional manipulation and/or physical trauma. The practice is primarily used within religious communities and has been linked to severe mental health issues, including depression and suicidal ideation. It has already been banned in Queensland, Madrid and Ontario, and specifically for minors in Germany, Ecuador and Brazil.

National leader Judith Collins also opposes conversion therapy. “I’m a parent and I have said to my son, and I hope other parents would also say this, ‘Just be who you are!’ That’s unconditional love … Not trying to convert your child to anything else,” she told Gay Express. Still, the party has no policy on conversion therapy – or any rainbow policies – for the 2020 election. Along with Labour, the Greens, the Māori Party and The Opportunities Party have also voiced support for a conversion therapy ban.

So what does this damaging practice look like in New Zealand? Anna, who grew up in a tight-knit church community in Hamilton, talked to The Spinoff about what the experience was like for her.

I always knew I was attracted to women. But I didn’t think it meant anything. It was only when I was around 18 years old, that someone I had a crush on had a crush on me back! I was like “woah, I’m not straight”, and it’s been a fucking whirlwind since then.

What kind of experiences did you have with the church?

When I was about 16, our youth pastor sat down and had a chat with us about homosexuality. She said, “you might feel like you’ve got some feelings for your friends who are the same sex as you, but it’s just a phase because you’re going through puberty”.

I remember arguing with her: “But my cousin’s gay, and she’s old. So it can’t be puberty”. Our pastor also always told us that her husband was never her type, but one day she looked at him, and thought “wow I’m kinda attracted to him.” So I questioned her, what’s the difference? I asked because it didn’t make logical sense to me.

A lot of people were homophobic behind each others’ backs in the church. I used to live in this house of church leadership and someone who was a lesbian had found us on this Christian flatmate website and came and viewed the flat.  After she left, everyone was like “ew no, what if I want to shower and walk around in my towel?” After that, we had a church dinner at someone’s house and it just went on and on, them expressing their disgust. At that point, I was out to myself.

That’s a lot to take in. You mentioned that you came out of the closet and then went back in. What happened?

I cared about these people a lot and so I’d go with them. I felt pretty coerced into it. What else was I going to do with these people showing up at my house? Everything felt overwhelming so I moved to a new town. But the only way I knew how to make friends was through church. So I went back to church and I went back into the closet because I wasn’t going to be able to make friends otherwise.

A lot of people, think of conversion therapy as structured camps. But for you, it was people you loved and cared about turning up at your doorstep.

Absolutely. The second time I came out, I was still living in that church leadership house. I had these people I thought were going to be my bridesmaids telling me to watch videos of Sy Rogers. He was someone who used to preach about being an ex-gay Christian and so they’d send me these links. Or I’d get home and [his videos] would just be on the TV because “if you really loved us, you’d just sit down and watch it”.

Sy Rogers would say: “I’m married with a wife now and kids, but I still have to be careful when looking at men so I’m not tempted.” Well you’re still gay then, aren’t you? I just couldn’t take it seriously. You’re still fucking gay, you’ve just dragged your wife and kids into it.

I had people doing prayer, sending me bible verses every day. People telling me they couldn’t be my friend anymore, and threatening to leave the church if I didn’t leave.

I have the misfortune of being friends with people who’ve been exposed as being paid conversion therapists. Sometimes I still feel funny talking about conversion therapy because it doesn’t look like me sitting in a therapist’s office going through that. It looks like pastors taking me out for coffee.

What did it feel like for you during that time?

These are people that I loved so I felt pretty mad at myself. I literally went on top of a mountain and shouted at God, “WHY ME?” It was pretty soul-destroying, and that time in my life could have been the end of my life. But it wasn’t, thankfully. It felt like I was being ripped apart by my community. People were saying stuff like “we can’t have the youth thinking it’s OK to be gay, we can’t have people being like you”.

How did you start healing from that experience?

It was a long process. I started going to actual therapy and my therapist said: “I’m so excited for you. You’re a beautiful, charming and intelligent person. And I’m excited for your future.” It really stuck with me. It made me feel powerful because I felt so weak against the church for so long. I couldn’t even walk down the street, because [other members of the church] would cross the road to avoid me.

I wasn’t specifically trying to heal about my sexuality but heal as a person. I was trying to remember that I’m not a bad person. I’m a good person.

What’s your relationship with the church now?

Even with all these people telling me these shitty things, I was still committed to my faith [for some time]. I used to think about becoming an ordained pastor, and making my own church for the rainbow community.

But now, Christianity and I are not friends. That’s also because I’ve learnt more about Christian involvement with colonisation. I’d say I’m spiritual because I believe in Māori atua, the spirit world. But Christianity, in my opinion, has caused so much pain to the rainbow and the indigenous community.

It’s well established that conversion therapy doesn’t work, But last year, a ban on it failed to become law because of concerns around religious freedom. How did that feel for you?

I was gutted … It made me angry that our prime minister, who everyone thinks is so cool, acknowledged that it hurts people, but brought religious freedom into it. All the other religions don’t have that much fucking freedom.

It makes me want to cry. It makes me feel seen, like I’m not just making shit up. I thought they would only ban it for therapists.

I don’t think people understand the risks. People who go through conversion therapy don’t have perfect lives and they’re being taken advantage of.

I identify as takatāpui. And in our pre-colonial history, we had a space and we were accepted. I’m a descendant of Tutanekai, Hinemoa and Tiki. It’s good to know that it wasn’t always this way.

If you would like to talk to The Spinoff about a conversion therapy experience, email sherry@thespinoff.co.nz.