Gossip Week: Need a refresher on the who, what and why of local gossip? We’re here to help.


All week The Spinoff is taking a look at the role of gossip in Aotearoa’s past, present and future – read our Gossip Week content here.

In the late 2000s, broadcaster Ali Mau couldn’t keep her name out of the gossip columns and the women’s mags, and not for lack of trying. Hounded for months by paparazzi photographers who camped out in cars outside her house and followed her as she got her morning coffee, Mau describes the ordeal as “terrifying”. She spoke to The Spinoff about what it’s like to be the target of gossip mags, and how it has informed her own journalism – full story out on Tuesday.

The greatest bylined gossip writer in New Zealand history, Saunders wrote the About Town column for the Sunday Star-Times and presided over the splashy, silly Auckland society scene of the ’00s. She was so good at her job that she essentially became part of the scene – and once had red wine thrown in her face by Aja Rock. But where is she now? Waiheke? San Fran? We want to know!

Arguably one of the only proper celebrities we have left, model and TV host Colin Mathura-Jeffree has been a gossip page staple for decades. This week, he joins his good friends at The Real Pod to remember the glitzy hey-day of 2000s Auckland, getting regular phone calls from gossip columnists and the curious case of Rachel Glucina and the airport wedding dress.

The reason The Spinoff won’t be publishing any real gossip during gossip week. Sorry.

Pre-social media, E! News was a crucial channel for feasting upon international celebrity gossip here in Aotearoa. Best enjoyed in small slivers on Sky at your rich friend’s house in the mid-2000s. Sadly cancelled last year due to the Covid-19 pandemic. 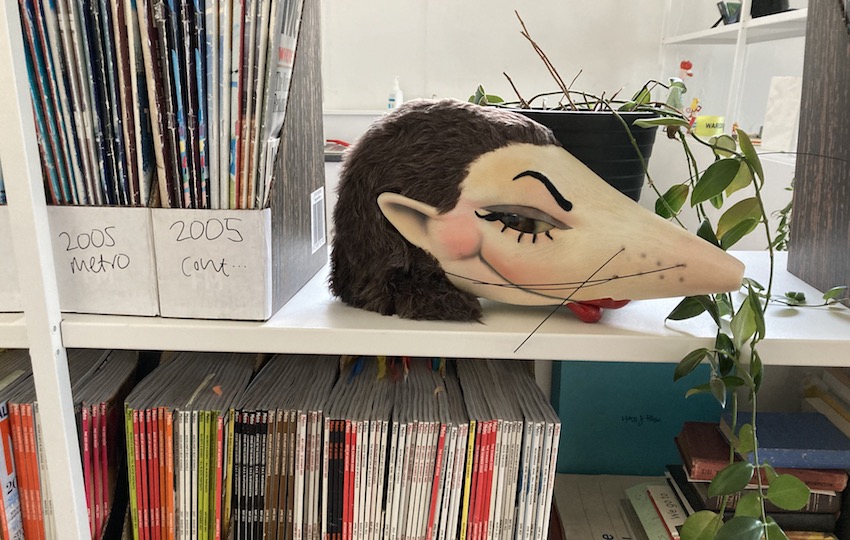 The furry-faced, snaggle-toothed mustelid that skewered high society Auckland (and more than a few international guests) in the social pages of Metro from 1982-2002, and briefly again for a year in 2009. Who was it, who was it, who was it underneath the ferret mask? Judith Baragwanath, Stephen Stratford and Warwick Rogers, to name a few. We spent an afternoon at the Metro offices poring through her greatest hits. For example, which Matrix star was spotted buying TimTams at New World Vic Park in September, 2000? You’ll have to wait and see.

Anonymous gossip tidbits ranging from the banal to the extremely intriguing were regularly published alongside Rachel Glucina’s weekly column, and later Spy, in NZ Herald. “Who has been busy juggling sexual favours with a property developer AND another big noter?” read one 2008 instalment. “Neighbours are talking.” It was widely assumed to be made-up until Colin Mathura-Jeffree revealed on The Real Pod (coming later in the week) that those in the scene often played them like a cryptic crossword, and knew the identities behind every one.

If you thought journalists had all the goss, you should meet some of Auckland’s hospitality lifers. Here’s an excerpt from a first-person piece coming this week that explains the true breadth of intel being exchanged. “I get a lot of tip-offs about crimes, past, present, future. A lot of tip-offs about political machinations. Things that might be unfolding. Who’s getting into bed with who. I get a lot of tip-offs from rich listers about various bits and pieces going on and not going on, deals around town.” Future crimes!

I’m Not One to Gossip, But…

The wonderful title of one of the many books penned by local gossip columnist David Hartnell MNZM, who generously gave his time to The Spinoff as part of Gossip Week. In his interview with Sam Brooks, he discusses the death of glamour, the worst thing you can do to a celebrity, and his thoughts on a certain famous family of sisters. “The Kardashians are the most talented trailer trash I’ve ever seen. In saying that, I admire them.” Full story coming this Saturday. 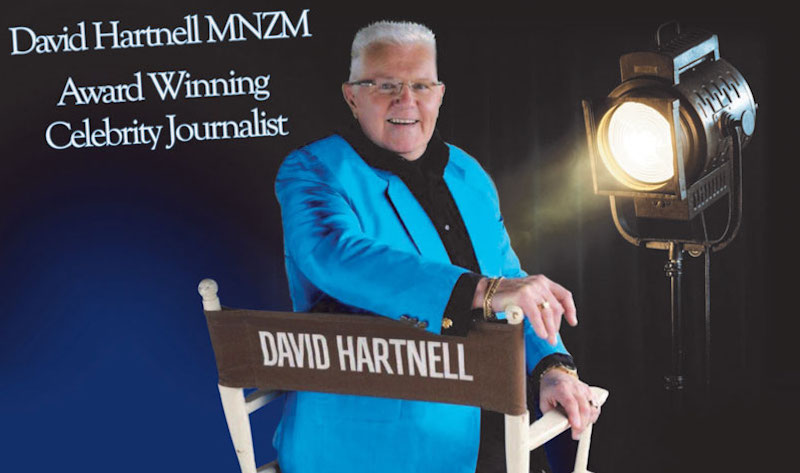 The Spinoff’s completely iconic and often-discussed gossip column that ran for roughly three glorious weeks in 2015. It covered illustrious events such as book launches, open homes, and social netball games, and you’ll be delighted to know that our brave Cub Reporter will be making a triumphant return with a special edition of Jamboree on Wednesday. We can’t reveal too much yet, but let’s just say it will feature a certain someone doing… something.

Keeping Up With the Hawkesby-Hoskings

A doomed gossip segment on our reality television podcast The Real Pod that saw weekly recaps of the online (and on-air) lives of New Zealand’s favourite broadcasting couple. It came to an unfortunate end after Kate Hawkesby blocked everyone on Instagram.

Who? What? We’ll never tell.

In the wake of the Russell McVeagh allegations in 2018, a MeToo blog was created by lawyer and researcher Zoe Lawton to allow people to share their experiences of sexual harassment and assault in the legal profession. In just one month, there were over 200 submissions. This week, Zoe Lawton will write about industry whisper networks, from her own blog to Beneath the Glass Ceiling, and how sharing private stories has found an important public function. 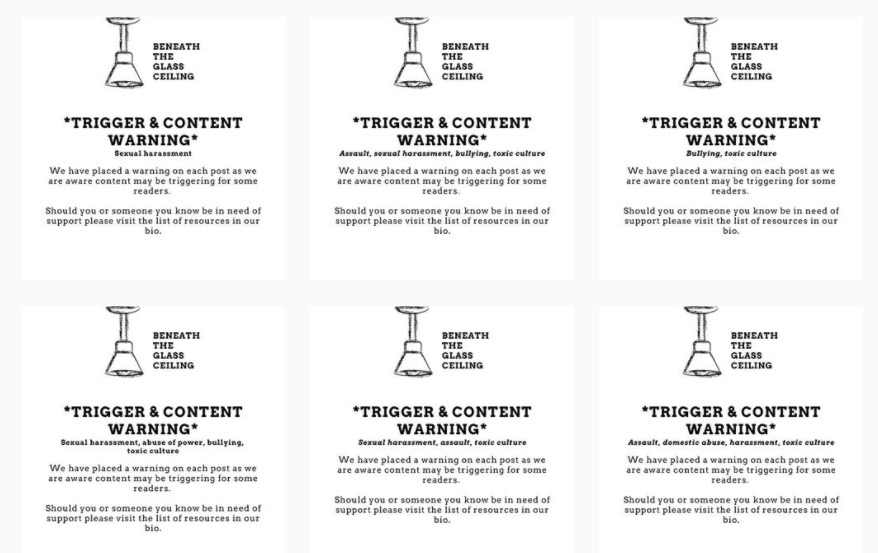 Some get it, others don’t. Why? It’s all about open justice. “Persons seeking name suppression have to satisfy a threshold test and then convince the court why the presumption of open justice should not apply,” says media law and defamation barrister Robert Stewart. A threshold needs to proved: would naming cause hardship, or prejudice the trial? Full story coming this week.

It’s often where the juiciest stuff is dropped, but what are the hard and fast rules of “off the record”? We’ll have a full explainer for you – on the record – at the end of the week.

Absolute gossip legend of New Zealand radio who famously announced her separation from husband Grant Kereama live on air during survey week. “It may not have been a stunt as cynics suggested, but it certainly grabbed the headlines,” wrote Simon Day for Stuff at the time. “Behind the glass walls of bus stops around the country on posters for The Polly and Grant Show show, the couple continue to gaze longingly into each other’s eyes.” Also, remember when she posted this emotional mid-dye-job video? Basically the Leave Britney Alone of 2017.

Jay-Jay Feeney sat atop her throne as Scandal Queenie for years on The Edge, bringing young New Zealanders all the important celebrity gossip while generating her own swathe of juicy headlines. Whether it was her on-air relationship with Dom Harvey, or later her online romance with the mysterious Minou, scandal has never been far from this particular Queenie.

A fearsome gossip presence on the scene for a decade. ‘The Gluch’ ran NZ Herald’s Spy section – a brand still going strong today. She could often be seen at movie premieres, red carpet rollouts and A-lister launch parties, eyeing up couples, spying on conversations and pointing her photographer in her favoured direction. Where is she now? It sounds like a Spy headline she might write herself. 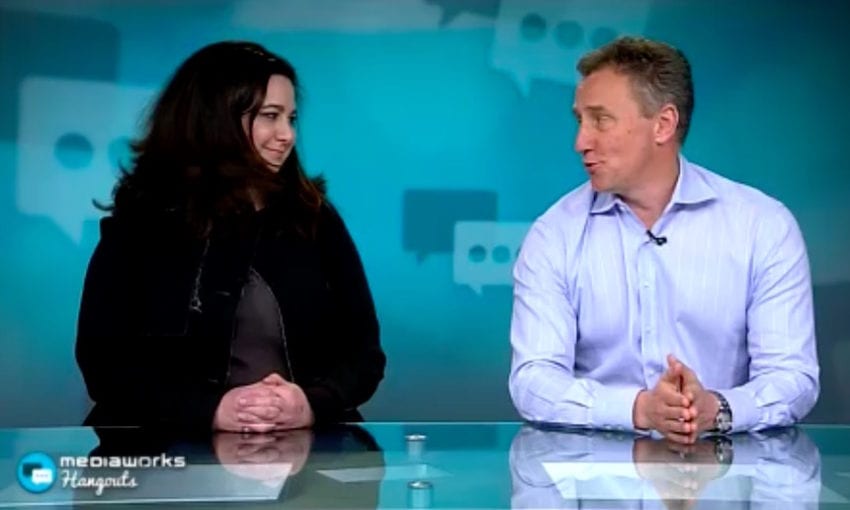 Rachel Glucina and Mark Weldon in 2015

The late, unlamented gossip website, commissioned by chaotic MediaWorks exec Mark Weldon and run by aforementioned Herald gossip icon Rachel Glucina. Notable for its extraordinary opening scoop “Mike Hosking vacuums his car”, saucy mile high diaries and a video with reality TV legend Julie Christie showing the viewer round an investment property. Generally, it generated more gossip about it than from it, but it was a fun nine months back in 2015.

New Zealand Truth was a newspaper which feasted on the divorce courts for seamy, sexist coverage of adultery and other drama, until a prim Labour government passed a law preventing such coverage in the ’60s. Its politics ricocheted from conservative to socialist, and distinguished itself as the closest thing New Zealand ever had to a true red top tabloid, publishing great journalism and scoops alongside its tawdry core. It battled on through decades of declining circulation until the appointment of Cameron Slater as its last editor in 2012 finally doomed it.

As we found out during our extensive Gossip Week research, whales and dolphins are big ol’ mer-gossips. They have love affairs, hold grudges, and some of them are into weird shit. Flipper huffs pufferfish, pass it on. Our resident critter correspondent Josie Adams will be diving into this later in the week so, if you hear any crabs shit-talking The Spinoff, you’ll know why.

Scout’s first scoop was huge. After weeks of hype, Rachel Glucina’s new Mediaworks-funded goss site launched with “exclusive” photos of Mike Hosking. What was the famed Newstalk ZB broadcaster caught doing? Vacuuming his Ferrari with a dustbuster. Quite frankly, we miss those kinds of scoops. So we’re bringing them back. Are you planning on vacuuming your car on the street this week? Get in touch: info@thespinoff.co.nz

Our longest-running, highest-selling gossip mag totems came crashing down when Bauer abruptly closed its New Zealand office last year. Woman’s Day’s days, and Woman’s Weekly’s weeks, appeared to be numbered. But wait, they’re back! Along with bread and milk, supermarket shoppers can still throw the mags into their trollies and read about all those miracle babies, secret liaisons and royal shenanigans – even if much of it doesn’t sound remotely true.

Remember when Yulia sent out a weird press release with her husband about how they were getting married? How about that time she relaunched herself as a “popera” singer during an extraordinary performance on Good Morning in 2007? A great time for celebrity gossip. Also, remember Auckland’s Ya-Ya Club? Good gossipy days.

With most of the world locked inside their houses for over the past year, Zoom-based gossip was all many of us had. Remember the man in cyber court who wasn’t a cat? Remember the fury of the Handforth Parish council meeting? Remember the thrill of seeing inside our MPs homes for the first time, including David Parker’s flame wall and Michael Wood’s Se7en set up? Later this week, Elle Hunt will reflect on the role of gossip in lockdown, and how it felt to arrive in New Zealand from the gossip-starved UK.