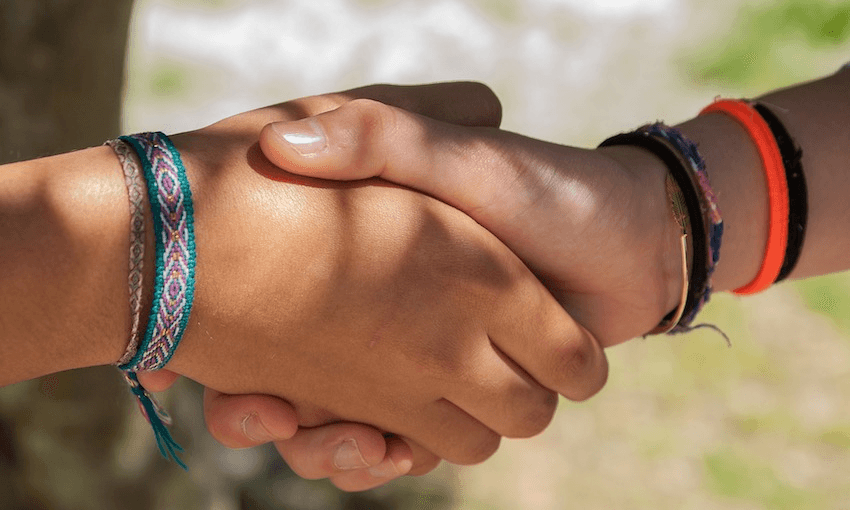 Who would threaten to burn down a restaurant in New Zealand because of the politics of the Middle East? Yael Shochat, owner of the Israeli restaurant Ima in Auckland, responds to the menacing abuse that has followed Lorde’s decision not to play in Tel Aviv.

I‘m sure you’ve heard of Lorde’s decision to cancel her gig in Tel Aviv. An open letter to Lorde written by two young New Zealanders – one Jewish, Justine Sachs, and one Palestinian, Nadia Abu-Shanab – seems to have been instrumental. The fallout was spectacular and I am also sure you are aware of it, but Lorde’s decision was legitimate.

Not many know, however, about the hell to which Justine Sachs has been subjected as a result. She has had death threats, she has had rape threats, and members of her family have been verbally abused. Justine and my daughter, Avigail, have formed “Dayenu: New Zealand Jews Against Occupation”. They are brave and good and I am proud of them. They have both suffered abuse and intimidation before, but this event has brought things to another level.

Recently there was a call online to “Burn Ima down” – Ima being the Israeli restaurant I own and run in central Auckland.

I am an Israeli with strong ties to my country; I love it dearly, the people and the land. The re-creation of Israeli and Palestinian cuisine, which is such an integral part of both cultures, has become my life’s work. Though I have lived so far away from my country for so long, in beautiful, peaceful Aotearoa, which has become my home, Israel still has my heart and my thoughts. It is rooted deep in my soul. I will always be an Israeli.

I watch in pain how my government is hurling us into an abyss. I believe Benjamin Netanyahu and his religious coalition partners are propelling us into a disaster. I have the right to voice my views without fear of abuse. If the state of Israel is the state for all Jews around the world, as it proclaims itself to be, it should give people like Justine the right to voice their view as well. With Israel’s new law against the Boycott, Divestment, Sanctions (BDS) movement it is now doubtful she will be allowed now to visit her ancestral homeland. Lorde’s decision is part of the growing movement to boycott Israel. I personally can’t participate in that movement; please don’t expect me to deny my family and my dear friends in Israel of anything, I just can’t do that.

At the same time, I understand BDS’s call for a boycott given the illegal and brutal military occupation that has been ongoing for 50 years. Israel is controlling the daily lives of 4.5 million in the West Bank, East Jerusalem and the Gaza Strip. The lack of freedom and the material deprivation has not broken these people’s spirit, it has strengthened their resolve and identity. We as Jews should be the first to understand that. The strong and often blind support the Israeli government gets from Jews in the Diaspora comes from a deep fear of persecution: this fear is part of our DNA. Jews are told that they must support this “fragile” state whatever it does because it is their bolthole. They are told Israel is the only place to run to, fleeing antisemitism.

But Israel must change its ways and truly work on a resolution of the conflict with the Palestinian people, or the future of this “bolthole” might not be so bright. At the same time that this support allows for the continuation of this brutal occupation it’s also fuelling antisemitism. It’s a vicious cycle.

So, dear Jewish community, stop the abuse of your members. Check your heart and speak up. Help Israel move forward to a better future. You should be concerned that the fabric of our society is being destroyed from within. The violence doesn’t end at the checkpoints, where we send our children to uphold the occupation of another people. The violence comes back into our lives.

As parents we want the best for our children. How many times have you said these words? “Share!” “Don’t be violent, use your words!” But most of all; over and over again “SAY SORRY!” We must share this land and its resources, we must truly and openly talk to each other.

And to start, we must say sorry. Treating the “Other” as fundamentally different from you is not new or unique to this conflict. However, in this unique conflict, the occupier suffers from trauma and sees itself as the victim. Without denying, or forgetting, we must move forward because we are strong. Both sides have suffered greatly. But because we are the occupier, because we have the might, we have to make the first move. We have to say sorry and mean it.