While lines for a Covid-19 test grow around South Auckland, as Justin Latif reports, those living at ground-zero of this latest outbreak remain determined not to let it overwhelm them.

“Gutted.” That’s the reaction of fellow students of the Papatoetoe High pupil who tested positive for Covid-19 over the weekend.

“I was gutted when I heard,” said Wesley Tuai, a year 11 student, who had just been tested at the school along with his father when he spoke to The Spinoff this morning. Unlike those waiting in a 1km long line of cars, Wesley and his father Hiki braved the heavy rain and walked to the school for their test.

“We were just at church when we heard the news. All we know is that she’s a year nine, we don’t know anything else about her,” Hiki said.

“You can’t blame people and this virus isn’t going away any time soon. Just look at Australia and how many lockdowns they’ve had, so New Zealand has really been quite fortunate given the amount of freedom we’ve had.”

Hiki and his wife both work for a large office supply business, but both will be self-isolating along with their son and two daughters until their test results come back. Despite the disruption, he’s pleased the government has chosen to go back into lockdown.

“What’s another lockdown, I’d rather be safe than sorry so to me it’s a good idea to go to level three.” Lines for a Covid-19 test stretched almost 1km down the road from the pop-up testing site at Papatoetoe High. (Photo: Justin Latif)

Kulwinder Singh is also in year 11. He was waiting in his car with his mother and brother for a test when he spoke with The Spinoff.

“I was devastated [when I heard], especially because we were just getting back into study – and given last year’s lockdown, it’s really unfortunate.”

Knowing the virus was so close to home has caused some anxiety for the 15-year-old, but he’s thankful neither him nor his brother are close contacts.

“Having it somewhere that was a safe place for us is unnerving – it really gets to the community. The school contacted us quite quickly and let us know if we were close contacts, which we aren’t.” 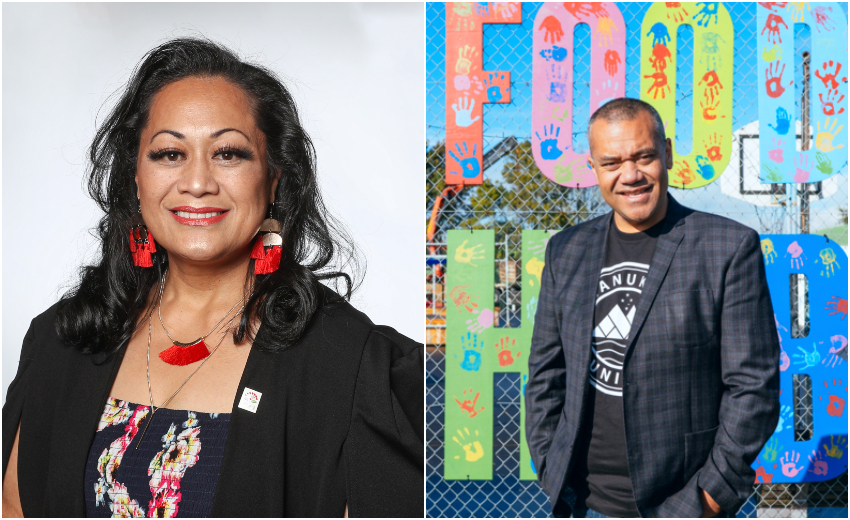 Ōtara-Papatoetoe Local Board chair Lotu Fuli is encouraging her community not to panic, given this is the second time an outbreak has begun in their area (the first cases of last August’s cluster, which also put the city into a level three lockdown, were detected in a family in South Auckland).

“We’ve stopped the spread before and by working together we can stop it again. And remember to be kind. We are resilient and need to support each other, our family and neighbours to get through this latest outbreak.”

Auckland councillor Fa’anana Efeso Collins is also the chair of Ōtara Health, which is supporting South Seas Healthcare run a pop-up testing station from its site in the Ōtara Town Centre. He said staff have moved quickly to meet the increased demand for tests.

“Our team has been here before, and so have been able to increase our capacity as well as begin checking our community’s welfare through our social services staff,” he said.

“Our people are really resilient, but these outbreaks do test their anxiety levels, so I am encouraging everyone to watch out for each other and be particularly mindful of our vulnerable and elderly.”

The announcement of a three-day lockdown has also led a number of conspiracy theorists to air their views via social media, and an anti-lockdown protest is being held outside Jacinda Ardern’s electorate office today. Collins is encouraging people to refrain from inflaming such online debates given the stress many are already feeling.

“We need to keep our conversations with those members of our whānau who believe the conspiracy theories gentle and calm,” he said. “Let’s remember, they’re still members of our households and community and we all need to show patience at this time.”