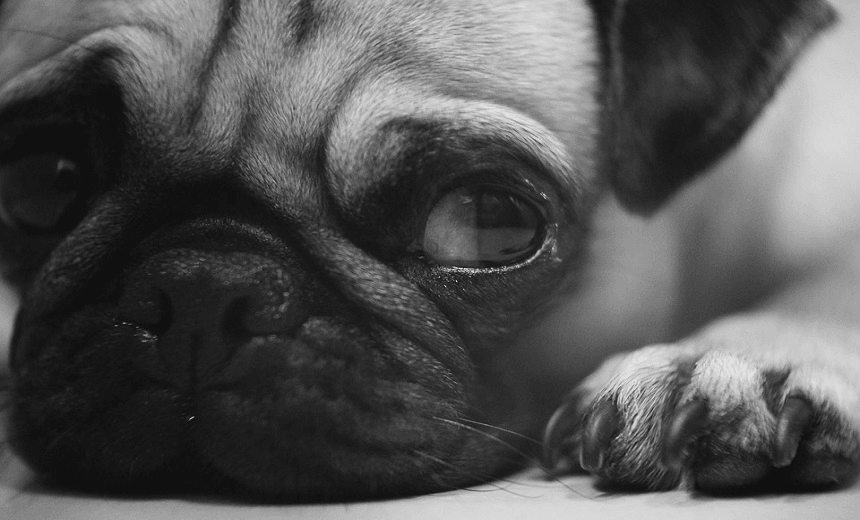 How can we stop puppies and kittens being bred for their looks?

Today TradeMe announced that it would ban the sale of pugs, French bulldogs, and British bulldogs from its website. Veterinarian and New Zealand Veterinary Association (NZVA) companion animal spokesperson Rochelle Ferguson looks at the state of cat and dog breeding welfare in New Zealand and what can be done to improve it.

The recent TradeMe ban on listing English bulldogs, French bulldogs and pugs highlights the welfare issues that arise when irresponsible breeders create dogs to meet the demand for fashionable breeds.

In veterinary practice, my colleagues and I see first-hand the consequences of poorly bred cats and dogs. The catalogue of animal misery from irresponsible matings is a long one, from the young French bulldog that has an airway so small it faints from lack of oxygen every time it vomits, (developing life threatening pneumonia from inhaling its stomach contents in the process) to the middle-aged pug that has lost its eyesight from the constant rubbing of a misshapen eyelid.

A fair amount of veterinary endeavour goes towards performing correctional surgeries to provide these dogs with the ability to breathe, blink, and move comfortably – and they are the lucky ones. Others, with their problems not recognised or dismissed as being “normal for a their breed,” are destined to spend their entire lives with breathing difficulties, painful eyes and sore joints.

Veterinarians around the world are highlighting the diseases caused by exaggerated features such as short snouts as major welfare issues. The difficulties faced by many flat faced dogs and cats to simply breathe comfortably have been highlighted in the British Veterinary Association’s “Breed to Breathe” and the Australian Veterinary Association’s “Love is Blind” campaigns. There are, however, many other breeds struggling with diseases caused by those who breed to create a certain “look”.

Exaggerated features, such as the elongated backs seen in Basset hounds, the short legs typical of sausage dogs, the excessive skin folds that characterise the Shar pei and owl-like appearance from the folded ears on Scottish fold cats put these animals at greater risk of experiencing diseases related to their appearances than the more traditionally shaped cats and dogs.

Exaggerated features also interfere with an animals ability to breed. Almost all flat faced dogs are incapable of mating naturally. With breathing issues, large heads and small hips, a natural birth is beyond their physical ability. In order to produce a litter for sale, the breeder must subject the mother to a risky caesarean section. Every. Single. Time.

Award winning pedigrees do not provide any safeguard to puppies or kittens either.

Judges at cat and dog shows reward those animals that conform to the breed standard. An English bulldog standard that requires a head to be “as large as possible” and a face to be “extremely short” offers no welfare protection to puppies from diseases related to their looks. This is compounded by high levels of inbreeding, particularly in unusual breeds which have small gene pools.

It is not only the way cats and dogs are bred to look that compromise their welfare, but also the conditions in which they are kept and raised. Puppies and kittens are vulnerable to illnesses and infections. To safeguard their health, the environments they are kept in must be comfortable and clean. Breeders have to understand principles of infection control, parasite management and nutrition in order to ensure their animals good health and give them the best start in life.

The needs of puppies and kittens are not only physical. If breeders don’t also meet the psychological needs of the kittens and puppies, problems can be created that will continue for the life of the animal and affect its ability to integrate into a new home. Cats and dogs have a critical socialisation period between three and twelve weeks, when they should be exposed to different people and animals to allow them to develop into well-adjusted pets. Poor socialisation during this period is the cause of many behavioural problems that make life miserable not only for the pet, but for its owner and the wider family. Breeders who keep puppies in isolation or who have more animals that they can regularly interact with, contribute to many of the problems seen in later life with aggressive dogs.

Countries around the world are enacting legislation to protect vulnerable puppies and kittens from those that seek to exploit them for their own financial gain. Many already require breeders who sell dogs to obtain a license. This allows for their premises to be inspected and sets down minimum standards for their care. The sale of pets by third parties is also regulated by some overseas governments with licenses required.

UK prime minister Theresa May has proposed new laws to improve animal welfare in the UK which are expected to come into force early 2018. These include the following regulations:

New Zealand has no regulation or oversight from authorities. Anyone is able to cash in on the social media demand created by #ILoveMyFrenchie and #PugLife to produce puppies that sell for thousands of dollars.

No officials will check that these breeders are knowledgeable about animal health and breeding practices and nobody will ensure they have the necessary facilities to keep the puppies safe and comfortable.

It is a sad state of affairs, that in the absence of regulations to protect vulnerable animals, TradeMe have had to step in as a quasi-regulator with a voluntary code of conduct for breeding cats and dogs, and a ban on listing some welfare compromised dog breeds.

The fallout from puppies that have been irresponsibly bred is shouldered, not by the breeders who profit from their sale, but by the families that purchase these animals and the veterinarians that treat them.

It will be the new puppy owner that foots the bills for the surgeries needed to widen the nostrils of the flat faced dogs so they can breathe, and alter their eyelids so they don’t rub on their eyes. It will be their new owners that have to listen to cats and dogs snort and struggle to breathe.

It is the vets who must deal with the anaesthetic risks associated with taking bulldogs to surgery to fix their “extremely short” snouts. It is also the vets that support the owners of the one year Scottish fold cat that has advanced arthritis of which there is no cure.

Without any New Zealand animal welfare regulations to protect puppies and kittens, the NZVA ask that prospective puppy and kitten buyers take action. In the absence of laws that hold breeders to account, the power to effect change, and enforce standards lies with the purchasers.

Irresponsible breeders are hiding behind the lack of regulation, their ability to sell through third parties and the general public’s lack of awareness. Responsible breeders do exist and these are the ones that purchasers should be seeking out. If you are planning to get a cat or dog, make enquiries of the breeder about puppy and kitten welfare. Get educated on what is acceptable and what isn’t.

Veterinarians can help, and would much prefer to consult and discuss the health and welfare issues with clients before they obtain their animals, rather than dealing with the heartache when it is too late.

The NZVA have an ethical guide to obtaining a dog and a checklist for puppy buyers to assist them when making a purchase. The British Veterinary Association Animal Welfare Foundation also has an excellent puppy information pack and a downloadable contract to guide buyers on getting the answers they need from breeders.

Share these resources and raise the bar on welfare for vulnerable puppies and kittens. Together, we can make a world of difference to these animals.

Rochelle Ferguson is a veterinarian and companion animal veterinarians operations manager at the New Zealand Veterinary Association. She loves all dogs, from the tip of their noses to the end of their tails.