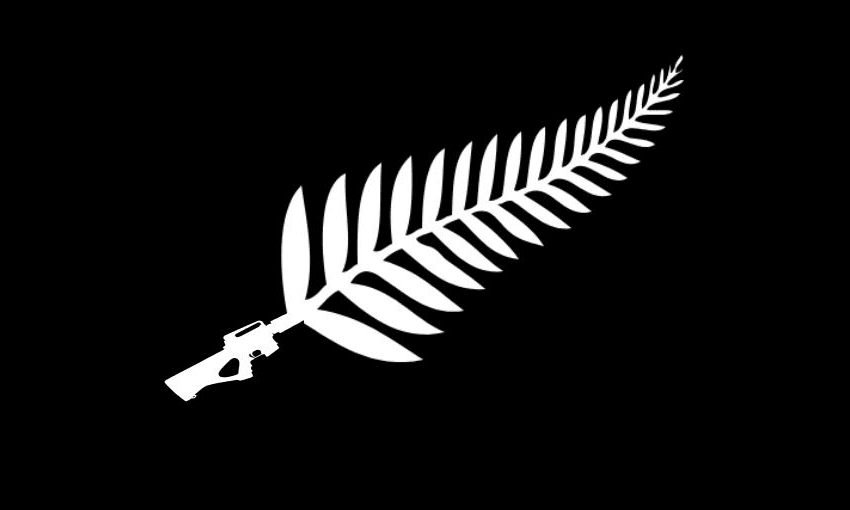 How NZ’s lax, loophole-ridden gun laws made this massacre possible

Most gun owners in NZ are law abiding, safety conscious people. But laws that are easy to bypass enabled the appalling tragedy of the Christchurch mosque shootings. A firearm owner writes.

New Zealand has long been a country associated with firearms. From our history as a rugged wild paradise where life was focused on hunting to survive, and the many introductions of game animals in attempts to turn the country into a giant game reserve, to our modern hunter culture. Many kiwis have fond memories of dads and uncles coming home with a pig or a deer slung over their shoulder and the roasts, sausages and bacon that came from it. Sadly the proliferation of firearms has often led to crime and horrifically enabled the terrorist attack on the Christchurch mosques. Despite many saying something like this would never happen in NZ, between the open gun laws and the undercurrent of racism in this country some manner of attack has been predicted for years.

I’ve been around firearms my whole life. My wardrobe is festooned in various patterns of camo and my truck is growing moss. My father is a hunter through and through. The last time we met he bragged about his new rifle in one of the ludicrous 7mm magnum calibers and the pig he took at 300 metres. My interest has always been archery but engaging in the hunting community means chatting with all sorts. The fowlers, the hunting dog community and the black powder muzzleloaders. Everyone gets along and shares tales of triumph and that one prize buck that just barely slipped their grasp, as well as technical information on their preferred means of hunting.

Firearms are seen as necessities for many people in New Zealand. Hunting is one of the main methods of controlling introduced pest species doing harm to our fragile and unique ecosystems. Many species often require culling in order to prevent massive damage to vegetation which leads to starvation and predators pushing endemic species such as the kiwi to extinction and simply puts food on the table for many families especially those with low incomes. The agricultural sector need firearms to kill injured and ill animals that have no chance to recover.

The biggest event that led to gun control reform was the Aramoana mass shooting of 1990. Lone gunman David Gray killed 13 people including children over an argument with a neighbour. There had been talks of reforms prior to the tragedy and public opinion was set on change. Licensing for military-style semi-automatic (MSSA) firearms was introduced. That was intended to prevent semi-automatic firearms with certain characteristics being available to those with the standard A category rifle.

The main limitation related to high capacity magazines: rifles with magazine capacities of over 15 rounds for rimfire cartridges and over seven for centerfire cartridges. Other traits were flash hiders, freestanding pistol grips, folding or telescoping stocks and bayonet lugs. Extra storage requirements and limitations on travel with the firearms as well as a more rigorous vetting process are also required to gain an MSSA license. Semi-automatic firearms can still be legally owned by A category licence holders as long as none of those traits are present.

The new laws were met with many challenges from the gun lobby who served their own niche interests instead of gun owners as a whole. Gun lobbyists were essentially able to write their own version of the proposed laws that was passed without much pushback. Large loopholes were left in the reforms that have been abused to this day with the major loophole allowing the sale of high-capacity magazines with zero regulation. Any New Zealand citizen is able to purchase a 30-round magazine for an AR-15 or a 75 round drum magazine for an AK pattern rifle online or in stores that stock them without any kind of firearms licence or background check nor is it illegal to possess them while owning standard A-category firearms. The owner only breaks the law when attaching a high capacity magazine to their rifle.

The apparent white supremacist who stands accused of the terrorist attack in Christchurch had A-category, legal semi-automatic firearms as seen by posts of his weaponry. New information released shows he had an A-category licence and procured his firearms legally. That included, in his AR-15, the main rifle used in US mass shootings, a fixed stock with bar running from the grip to the buttstock, a common bypass on the MSSA regulations on freestanding pistol grips. This rifle was available for sale to anyone in NZ with the most basic level of licensing. It would only take one friend or accomplice willing to go through basic vetting in order to acquire firearms for an attack or criminal intent and then gain magazines with no trouble. Other screenshots show semi-automatic rifles with standard buttstocks and high capacity magazines suggesting more bypassing of the MSSA laws used in the attack.

Firearms are much harder to acquire in Australia. Semi-automatic firearms are restricted to specialist licences and high-capacity magazines are nigh impossible to gain legally. Every firearm is registered to the owner unlike in New Zealand, where lobbyists fought national gun registration. We only require the registration of firearm owners, which means there is no reliable way to know how many firearms are in the country, who they are owned by or to track most private sales. That leaves the chilling question: Did an Australian citizen choose to carry out his attacks in New Zealand because of our lax gun laws?

Many sellers in New Zealand offer high capacity magazines for sale. Among them is Gun City. A chain which boasts of being “the world’s largest gun store”, its website has dozens of 30, 40 and even 75 round magazines for sale with minimal warnings about legality when combined with A category firearms. Gun City’s owner, David Tipple has previously been convicted in the US for failing to notify airlines that he had firearms in his luggage, and in New Zealand for multiple driving offences, including being clocked at driving at more than 180km and hour. Tipple has lobbied against changes to firearm law and threatened legal action against to Police to maintain his ability to sell high capacity magazines. The first link on the Gun City website is the AR-15 shop with multiple listings for 30-round magazines.

This issue has long been known in the New Zealand firearms community. While many will not openly share their plans to bypass the MSSA, anyone who has spent time around firearm owners will hear about rogue elements. Most gun owners in NZ are law abiding, safety conscious people who only want to provide for their families and protect the ecosystem. But with laws as easy to bypass and little chance of prosecution, it encourages the worst in people and it has enabled tragedies such as the Christchurch Mosque shooting.

Basic manually operated firearms with limited magazines can do all tasks required by legal owners. There is no hunting necessity for semi-automatic firearms or high-capacity magazines. While some fowl hunters will claim it is easier with semi-automatic or pump-action shotguns, hunting with classic double barrels is still viable and popular within the sport.