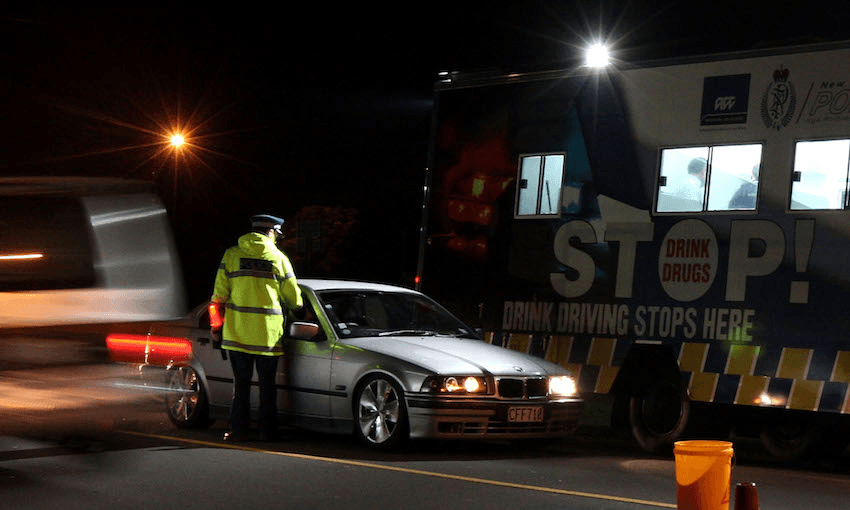 Last year it was reported that deaths caused by drugged driving had overtaken the drink driving toll for the first time. As Roger Brooking writes, that was fake news.

In 2017, 378 people died on New Zealand roads. In June last year, the Automobile Association followed up with a media release claiming “we now have more crash deaths where people test positive for a drug than (test positive for) alcohol”. This statement was simply not true. In fact, twice as many deaths were caused by drink drivers than drivers under the influence of (other) drugs.

Based on this response, AA mistakenly concluded that drugged-up drivers were killing more people than drink-drivers.

The media bought this erroneous conclusion hook, line and sinker. Stuff headlined the story: Drug-impaired drivers now involved in more fatal crashes than drink-drivers. The Herald said: Automobile Association study finds drugs cause more fatal crashes than alcohol. The misinformation even made it to an international audience after The Guardian agreed: New Zealand drug-driving deaths surpass drink-driving toll for first time. Nobody did any fact checking.

All of these stories were, in Trumpian vernacular, ‘fake news’ – because the AA forgot to ask how many people were killed by drink drivers who were under the legal limit, in addition to those who were over it. So I asked NZTA the question. They then disclosed that, in fact, 154 people were killed by drink drivers in 2017. This is almost double the number killed in drug-related accidents. See the NZTA’s response to one of my questions below:

The AA used their dodgy data about drug deaths to argue that police should be given saliva testing kits to tackle what they called this ‘silent killer’. A spokesperson for the AA was quoted as saying:

“The AA has called drugged driving a silent killer on our roads for years and these latest figures confirm how prevalent drugs are in fatal crashes.”

There is no doubt that the number of deaths on the road related to drug use is rising. However, it is still nowhere near the number killed by drink-drivers.

Remarkably, the figures also show that slightly more people were killed by drink drivers under the legal limit (80) than were killed by drivers over the limit (74). What this suggests is that the decision to lower the legal limit from 400 micrograms of alcohol per litre of breath to 250 micrograms in 2014 has had no impact on the road toll – which, in fact, has been going up for the last six years.In 2017, 154 alcohol related deaths plus 79 drug related deaths means a total of 233 people were killed by drivers under the influence of alcohol or drugs. Deducting 21 cases where the driver was under the influence of both alcohol and drugs, that’s 56% of all road deaths that year. Because the AA has been misinterpreting the data for years, it mistakenly claims on its website that alcohol and drugs contribute to only one third of deaths on New Zealand roads.

This leads to an obvious, but politically unpalatable, policy recommendation. If we want to cut the road toll, we need to cut the legal limit for adults to zero – just as we did for teenagers in 2011. This might seem radical but the idea is even supported by those who make a habit of drink driving. At the Make A Plan (MAP) programme for repeat drink drivers in Wellington, participants are asked why they chose to drive after they had been drinking. Often they say: “I thought I was alright to drive.”

In other words, although they had been drinking, they didn’t feel drunk; they were unable to judge whether or not their drinking may have put them over the limit. Participants generally agree that if the limit was zero, the situation would be crystal clear; it would be much easier to make the decision – one drink and they would not be allowed to drive.

Obviously, this would not stop everyone. There are plenty of ‘bloody idiots’ who just don’t care. But for the generally law-abiding citizens among us, clarity is helpful. If you intend to go drinking, don’t drive. Such a move would demonstrate the government was serious about the audacious target of zero deaths on New Zealand roads set by Julie Anne Genter in April 2018. Remarkably, in January 2019 Ms Genter changed tack and said it would be many decades before the road toll would be significantly reduced. It seems like she’s given up.

I know something that might help. Reduce the legal limit to zero. Any road safety strategy with a higher than zero alcohol limit has zero hope of achieving zero road deaths.