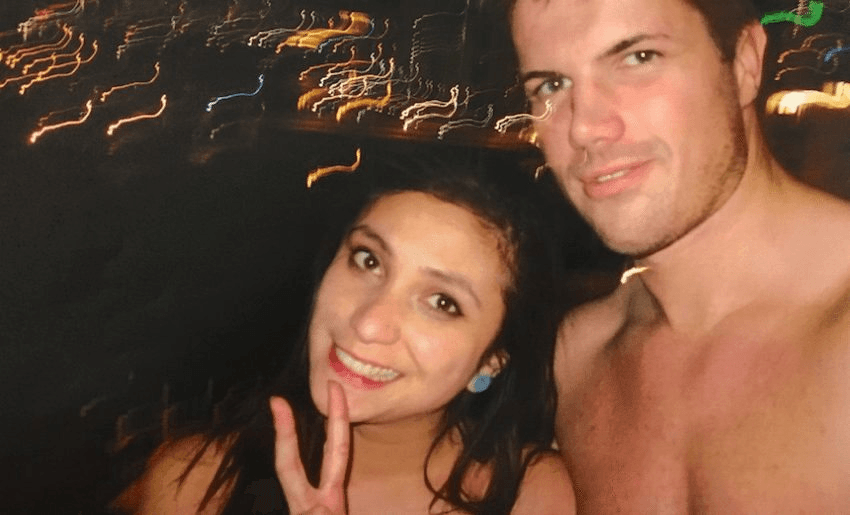 In defence of Warriena Wright: an open letter to a slut-shaming newspaper columnist

Yesterday nzherald.co.nz republished a vitriolic screed in which Northland Age editor Peter Jackson – the Canon Media Awards’ Best Editorial Writer for 2015 – castigated the “Tinder generation” for its sexual depravity. Worse, he repeatedly slut shamed Warriena Wright, the New Zealand woman who fell to her death from a Surfers Paradise apartment balcony, calling her “a willing accomplice” and blaming her for “indulging” in casual sex with a stranger without foreseeing the tragic consequences – that she would lose her life.

This is my letter to Peter Jackson in response – the sentences in italics are quotes from his op-ed.

I’m 27 and I’ve made a lot of mistakes in my life and I’m sure at your age, you’ve made some too. Maybe you’ve misjudged someone? Misjudged a situation? Perhaps you’ve had too much to drink on occasion or even a one night stand. I know I have.

When I was 22 I was sexually assaulted in an apartment by a man I knew and trusted. During the height of my panic the thought occurred to me to climb off his balcony as he had blocked my only escape and I was in a state of absolute terror.

“This with a man who she had never met before, who she did not know, yet whose behaviour she could have predicted.”

I could not have predicted his behaviour despite the working relationship that I had with him, just as I’m sure Warriena Wright could not have predicted how her night would end. Whether by choice or accident as human beings we enter unpredictable situations all the time; in fact we can lose our lives in any number of unforeseen ways. Do we stay at home wrapped in cotton wool because we are human and subject to the free will of others? No.

“What on earth was Warriena Wright thinking?”

She was probably thinking she had the right to have consensual sex with a stranger without it costing her her life.

“If she had observed even a modicum of the social mores of previous generations she would not have been there.”

Previous generations like my grandparents? The generation who experienced the height of sexual freedom in the swinging sixties, when eager participants engaged in group sex and married couples held swapsies parties? Let’s not be coy, men and women have been “indulging”, as you like to put it, in promiscuous sex for centuries. The difference is we no longer have to do it behind closed doors and now we have easier access and more choice in partner. No longer is it whoever we’ve picked up at the bar the night before, as it was with my parents’ generation; these days it’s someone we have analysed and considered via their social profiles. The danger? Misjudgement. But who in their life hasn’t been guilty of that crime at least once?

“He had made his intentions clear before she set foot in his apartment. She was a willing accomplice”

She was a willing accomplice in her plan for consensual sex, not in the tragic chain of events that led to her death. Warriena Wright was not the victim of her sexual appetite, she was the victim of a man who should have got her a glass of water and put her to bed; instead he locked her outside, 14 floors up.

“Think about our daughters and the ease with which our sons prey upon them.”

It’s the same old message: it’s women’s responsibility to keep themselves safe from predatory men. Perhaps we should be teaching our sons to respect all women, or are women who “indulge” in casual sex not worthy of respect?

“People whose sons and daughters are behaving in this awful fashion are no doubt among those who are applauding the news that Rugby New Zealand is to appoint a bunch of silly busybodies to address the culture that is supposedly gnawing away at the game and destroying lives in the process.”

Listen up millennials, not only have we committed a crime against societal standards by enjoying casual sex – we’re destroying the future of rugby in the process! We should be ashamed of ourselves, right? No. I believe the crime here is publishing this sexist, ageist, victim blaming, slut shaming opinion piece in defence of rugby. Peter, I am standing up in defence of Warriena Wright, as she can no longer speak up for herself.

Further commentary from The Spinoff on rape culture and slut shaming:

Alex Casey and Leah Damm: Looking back on a total shitter of a week for women in New Zealand

Alex Casey: It’s 2016 and a rugby exec just found out that strippers are people too

Duncan Greive: Rugby has a giant problem. So why are its most powerful voices silent?

Madeleine Holden: The Kuggeleijn case and the simple concepts we still don’t understand about consent

And please listen to the very essential On the Rag podcast presented by Alex Casey, Leonie Hayden and Michèle A’Court

If the issues discussed in this column have been triggering in any way, please consider contacting any of the following organisations: