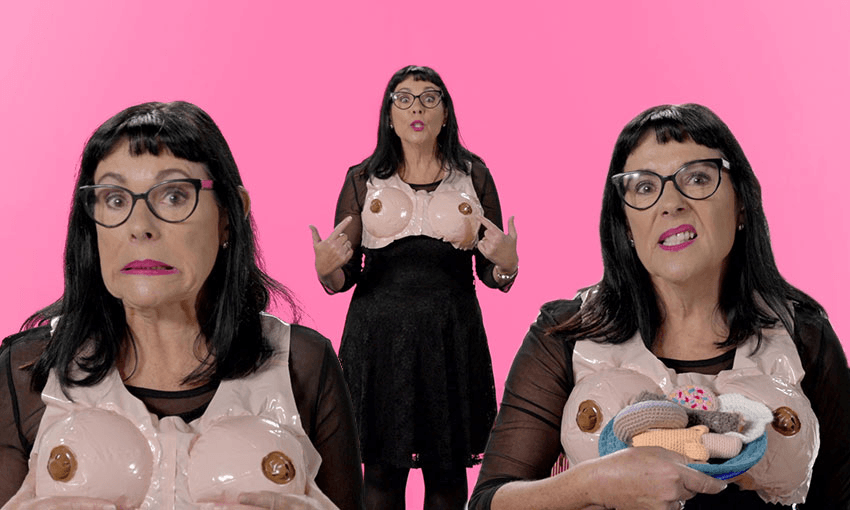 On the Rag: Boobs (Photo: On the Rag)

On the Rag: Where is it OK to get your boobs out?

On the Rag: Boobs (Photo: On the Rag)

In our latest episode of On the Rag, Michèle A’Court wrestles with the eternal question – how much boob is too much boob?

If you have boobs, you may be familiar with the contradictory experience of hearing “tits out for the boys” on the same outing as you might hear “put it away love”. Breastfeeding? People will say you’re disgusting. Topless sunbathing on the beach? People might kick sand in your face. But if you’re in a topless parade promoting a pornographer’s adult event? Good on you, love.

It’s a very confusing set of standards, but thankfully Michèle A’Court is here with her inflatable set of tatas (YouTube won’t allow flesh tatas) to break it down for you. The first lesson is, it’s all about context. A high neckline at the office is considered professional and modest. A high neckline in the clubs, however, might see you mistaken for a local nun.

There’s also age and gender to consider. Until the age of about eight, kids can happily roam topless as the day they were born. But as we get closer and closer to adolescence, things start to change. It’s almost like society is hellbent on sexualising women’s bodies before we barely get to double digits? Who would have thought it!

On the Rag is made with the support of NZ On Air.

Watch more of On the Rag here.