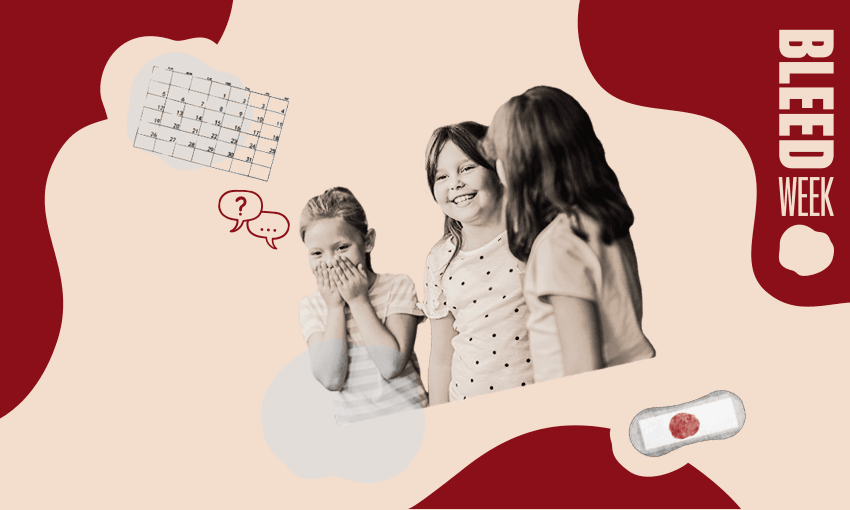 How to not suck at talking to your kids about periods

A stammering, nervous father approaches his daughter and gives it a go.

My daughter likes horses, knitting and pasta. She eats cheese slices and frozen blueberries for breakfast, is obsessed with the Tiny Kitchen Instagram account and can still recite every word of the Frozen films. She has 23 soft toys fighting for domination on her bed.

She is eight years old. Do I really need to interrupt her textbook childhood to inform her that her body is about to change dramatically, and that soon she’ll bleed for several days once a month, a process that will last for several decades?

Yes, says Jacqui O’Connor. “Thank you for wanting to have the conversation and for stepping up as a dad,” says the founder of Mangawhai’s Heart Place Hospital when I call to ask for her advice. “There’s a really crucial missing link.”

That link, says O’Connor, is information. When she was growing up, she hid tampons up her sleeves out of shame. “I didn’t understand what was happening with my body and mind,” she says. “There’s no way you’d talk about [your period]. It was taboo.”

These days, periods are sometimes all she talks about. Along with her team of 10, the former nurse takes workshops and clinics teaching youngsters to study their menstrual cycles so they can “hack” them.

“We can pile our months on top of each other and see a pattern,” she says. “I know how I show up on day one, day two. I now know the power of my period. This is what I share.”

But I’m just a dad. What could I possibly do?

O’Connor tells me to start slow and casual, and just open up the conversation. O’Connor advises me to encourage chats that are friendly and welcoming. Don’t give her too much information. Leave space for her to come back with questions when she has them.

In her workshops, she gets her younger students to colour charts that show the different phases of a month-long menstrual cycle. “I talk to them about the seasons – summer, autumn, winter, spring – and we colour it in and talk about how we feel in those seasons,” she says.

She wears a T-shirt with a uterus on it, and says it’s always a big topic of conversation. “I say we’ve all got a womb, which is kind of like a room,” she says. “It’s like watering a seed so you’re watching it bloom, just like they’re blooming.”

Over time, O’Conner says her students learn how to adapt their daily routines to fit with their cycles. “For half our cycles we’re really high-energy go-getters, really social. The other half we’re conserving  energy and nesting and creating,” she says.

The aim, she says, is to create room for open discussions, rather than running from it, like her generation experienced. “I encourage that … conversation is encouraged and normalised, then they’ll come back in a year or so’s time and we’ll add in a bit more.”

I don’t have a uterus T-shirt, and I don’t own any colouring books. But I took a deep breath anyway, and one night recently I approached my daughter and tried to begin that conversation.

“You know,” I stammered nervously, perched on the edge of her bed, “your body is about to undergo some changes”. I sounded like a mechanic informing a customer their car was beyond repair.

Before I could get any further, my daughter peered up from her book, stared me square in the eye, and with a tone of intense withering pity, declared: “Yeah dad, I already know.”

She knows where I am, I guess.