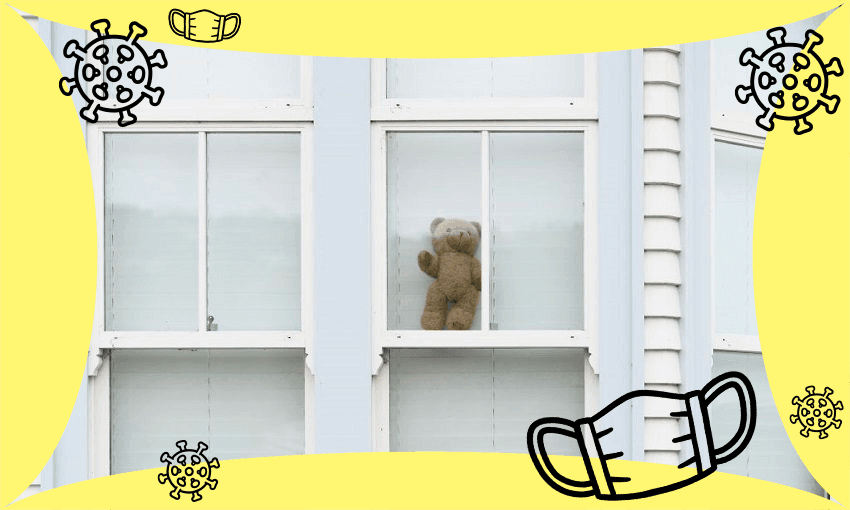 As we look back on how far we’ve come since March 26, 2020, it’s also an opportunity to think about how we’ll fight Covid in the future – and ask whether relaxing restrictions now is the right call.

Two years ago today, New Zealand did what would have seemed impossible mere weeks before. We went into lockdown. Covid-19 had been detected in people with no clear link to the border or international travel. If we wanted to prevent the chaos and devastation we’d seen in China and Italy, we needed to stop transmission of the virus. Schools closed and anyone who wasn’t deemed an essential worker stayed at home, supported by a government wage subsidy. We formed bubbles and stayed in them to keep each other safe. It worked, and our “go hard and early” elimination strategy saved thousands of lives and protected our economy from some of the worst impacts of the pandemic. It also bought time for safe and effective vaccines and treatments to be developed and trialled.

Two years later, the world is a different place. I was hoping we’d bring this pandemic under control like Sars – by stopping the virus from transmitting between people until there was no one left infectious. But there was no global effort to do this when we had the chance. Instead, some countries deliberately took the “let it rip” approach, hoping they could just get it over and done with as quickly as possible. Well, we all know how that turned out. Some of those countries are now on their fourth or fifth wave. Look at the graph below of the confirmed deaths in the USA and UK, with New Zealand for comparison. Go and explore the data for yourself.

And do you know why the waves happen? Because despite all we’ve learned over the last two years about how Covid-19 spreads, and all the public health measures we now know help to prevent or reduce that spread, there are those who would rather abandon all protections when cases start to come down. And then what happens? Cases start to rise again. Some countries that recently removed protections after their omicron wave subsided are now starting to see cases, hospitalisations and deaths rise again.

It feels like Covid-19 is heading down the same road as HIV. Treatments and vaccines will hopefully mean most people come through an infection relatively unscathed. This is why so many people are happy to call the virus “mild” now. But there are still so many uncertainties around this. Will our treatments and vaccines still be as effective against the next variant of the virus, or the one after that, or the one after that? And how many people will develop long-term health conditions given what we know already about the virus’s ability to impact organs like the brain, heart and testicles? Like HIV, Covid will cause most harm to those who are unable to access effective treatments and vaccines, and those people who they don’t work as well for. In other words, just like so many infectious diseases, the burden is going to be carried most by those people and communities who are always the ones left behind.

That’s why I was really disappointed and nervous about the government’s recent announcement to changes to the traffic light system. I’m relieved they haven’t gone as far as other countries in abandoning all protections. But with all the talk of things being safer now Auckland is coming out of this omicron peak, the big question has to be: safer for who? Not our unvaccinated children nor our immunocompromised and disabled communities, for starters. We know that being boosted helps reduce transmission of this virus so upgrading vaccine passes to include the booster would have helped keep indoor environments safer for the more at-risk members of our community. Same with vaccine mandates. I would also have preferred to see QR code scanning kept. That’s hardly a huge inconvenience. It’s much easier just to keep that habit up rather than having to start again in the future.

After my thoughts on the government’s changes were reported, a journalist got in touch asking me “what science or research you are using to support your position that removing restrictions could be harmful, and whether this differs from the science the government is using”. It reminded me of a question I was asked by journalists in the UK when we were in lockdown two years ago: what evidence did New Zealand have that meant we decided to act so early? The implication seemed to be that we had some secret knowledge that countries like the UK lacked. We didn’t. We’d just seen what was happening in China and Italy and realised what would likely happen to us. The journalists’ questions highlight a fundamental misunderstanding about the use of evidence to inform policy: people can use the same evidence but come to completely different conclusions about how to act based on what they are trying to achieve.

I’ve made it really clear what I care about from the very beginning of this pandemic: that we come out of it with the least amount of harm and suffering in both the short and long term, and that we don’t leave anyone behind, especially not those who are always left behind. I’m not in government so I can’t speak to what they are trying to achieve but it looks to me like they want to keep hospitalisations at a manageable level with the least number of restrictions. That’s hardly surprising given they are attacked daily by people wanting us to “get back to normal”.

But as I said earlier, the world is fundamentally different to how it was pre-Covid. Rather than harking back to the pre-pandemic era, I firmly believe we should be asking what protections we need to put in place in both the short term and the long term to make living with Covid in our community safer for everyone, not just the wealthy and healthy. This virus isn’t HIV which we can largely avoid by slipping on a condom and using a dental dam. It’s airborne. That makes it difficult to control. But not impossible. The bonus is that by protecting people from Covid, we can also address inequalities from diseases that we’ve been living with for a long time. Fundamentally, what I want the government to aim for is for us to have the least restrictions that makes New Zealand safer for groups like our unvaccinated children, and our immunocompromised and disabled people. But I also want us to minimise transmission to reduce the number of people who will develop lifelong complications from infection – like long Covid – and reduce the chances of the virus mutating into a more dangerous variant.

Two years ago we did something bold and brave and unexpected and we reaped the rewards. I want us to keep being bold and brave – not just to keep us safe from Covid, but to help us respond to all the other challenges we face. But this threatens the status quo and the one lesson I’ve learned over the last two years is just how far some people will go to maintain it.