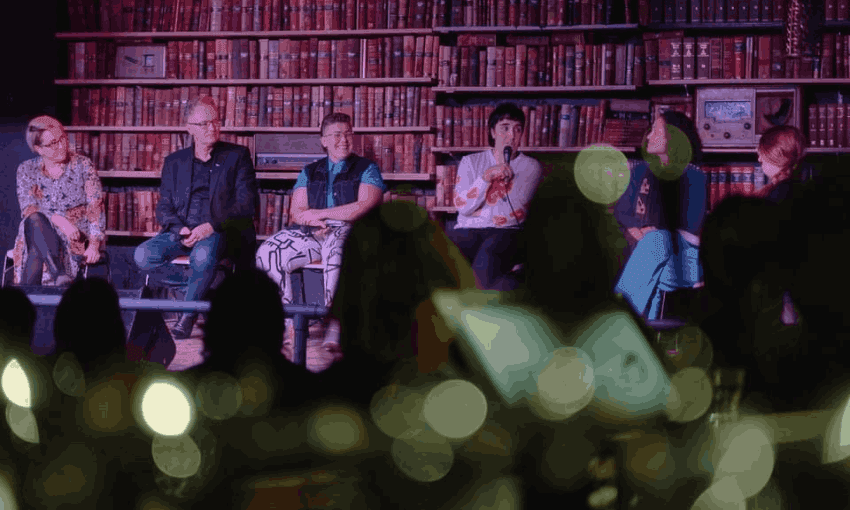 A letter to our biggest failure

Anna Rawhiti-Connell on the lessons learned in confronting an existential failure.

I knew we were on the road to our biggest failure when they called to arrange a time to evaluate sperm donor profiles over Zoom. My husband and I sat on our mattress as the woman answered our question about whether it might be possible to have a donor who, like my husband, whakapapas Māori.

The mattress was on the floor, marae style. We’d taken the base out to accommodate our dog who’d just had bank account-draining surgery to fix his leg. He cost us $200 from the SPCA. His leg is now worth $3000. We would make good parents. As the conversation got increasingly surreal, I dragged my finger across my throat as a sign to my husband, and maybe the universe, that I could not do this anymore. Nobody tells you what the road to failure looks like but doing throat-slitting signs about life-giving sperm seems like a solid sign for the journey.

Our failure belongs to my husband and me. It’s literally existential. We have failed to create life.

Our progressive shared surname dies with us. At the time of construction and hope, we did not want to saddle a child with a triple-barreled surname. Now it will solely exist as a series of bylines in Google news and on the dog’s certificate from daycare which he received for urinating in the right place.

Our failure confronts us everywhere. I have utterly fucked my Instagram algorithm after stumbling on the big family hashtag. Now women who point at overlaid text while counting all the years they have been pregnant follow me everywhere I go.

I know people who have moved heaven and earth to have a child. Spent enough to buy 20 new legs for the dog. Prayed. I attended a pro-choice abortion rally two days after someone in a lab confirmed my eggs were becoming less viable with every breath I took.

As we received quotes and unexpected invoices for fertility treatments and consultations I thought about how we would not be renovating the kitchen. After getting one quote for an operation that was apparently nine and half thousand dollars better than one my husband had already had, we pulled the plug.

After the last operation I stared hard at the “Wash your hands” sign above the sink in the shitty room where he recovered, determined not to cry. Why were the ringaringa so happy? Why were they doing jazz hands?

Over lockdown last year, I came home from a walk and felt so lonely, demented and afraid that I put the plug back in and resurrected the shelved plans to try and have a child. That’s when the mattress chat happened. That’s when we spent days trying to make a call. That’s when I talked to good friends who told me two things.

One: make a decision. You will cope with the consequences. Grief will not follow you everywhere. It will be manageable.

Two: there is a great life for you to live without children.

At last year’s Auckland Writers Festival Gala, Kate Camp told her own story about not having children. She said things I have applied as a balm many times to the wound of our failure. She said she still kissed babies’ heads. She said she had space and time. “That’s some Einstein shit right there”, she said. She said she leaves people to flounder when they get flummoxed by incorrectly assuming she has kids if she doesn’t like them.

Our failure has taught me two things.

One:  Do not live in fear of anticipated grief. I am not eaten alive by this failure.

Two: I have a great life to live without my own children.

I will watch Encanto with your children over and over again because I love that film and I love your children. I am not selfish or inept. I will not drop your baby. I am, however, more carefree. And I don’t mind if you resent that. I do feel occasionally smug at the supermarket. I will renovate the kitchen.

After we made the very last decision to accept our biggest failure, we got a second dog. His certificate from daycare hangs on the fridge. He too has been praised for urinating in the correct place. We will buy him a $3000 leg if he needs it. We make good parents.

In Your Dreams: Letters Aloud is a new multi-arts event that asks five fascinating people to share deep and personal ideas and stories with a live audience. This week on 27 July in Wellington, The Spinoff’s own Alex Casey joins Hirini Kaa, Becky Kiddle, Vanessa Crofskey and Courtney Johnston who will read their letters ‘To My Unfulfilled Idea’ with live musicians creating improvised sonic intros and outros throughout the night. There’s nothing like letters for revealing incredible truths and nothing like music for holding all the emotions.