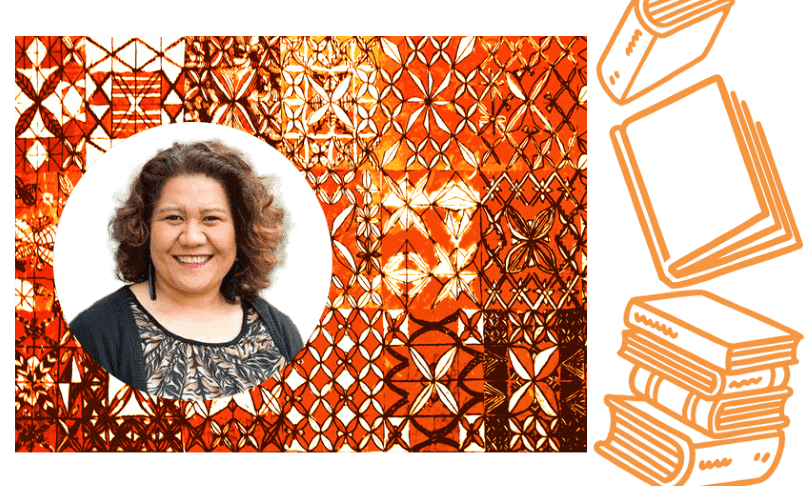 What can you get out of Pacific studies? Just look where Jemaima Tiatia’s at now

In June last year, Pasifika academic Dr Jemaima Tiatia checked her voicemail. On it was a message she would later describe as a “racist rant”.

Tiatia had just finished speaking about her career at a public event aired on RNZ. The voicemail message was long and angry, demanding to know whether she would try to “push [her] culture” on students. “Over here in New Zealand, the colonists and the settlers brought all of their knowledge here and they built here,” said the caller. “They taught the Māoris (sic) about Jesus Christ and they taught the Māori chiefs to stop invading each other’s tribes.

“The way you talked last night, you behaved as if you owned New Zealand. You don’t. You’re all a late arrival,” the caller continued, comparing Tiatia’s ancestors, who arrived in Aotearoa 60 years ago, to the caller’s own ancestors who landed here 120 years earlier. Tiatia shared the voice message on social media “to expose the ugliness. You take the bad with the good – you don’t necessarily have to take the ugly.”

Tiatia’s mother was born in Mangakino, a small town on the banks of the Waikato river; her late father was born in Sāmoa. They worked in the Kinleith Mill in Tokoroa, which is where Tiatia-Seath was born. In 1976 her family settled in west Auckland, where she still lives.

With a background in public health policy and a particular interest in mental health, Tiatia has served on a number of government advisory groups on suicide prevention and support; she’s a current board member of the Mental Health and Wellbeing Commission, set up in the wake of the 2018 government inquiry into mental health and addiction.

Now she’s adding student pastoral care to her teaching, research and advisory roles. As acting pro vice chancellor, Tiatia will advocate for the University of Auckland’s Pasifika population, working to help students feel safe and included on campus while growing the university’s Pasifika academic workforce. She began in December and will be in the role for up to six months while the formal recruitment process for the role takes place.

Tiatia says her appointment reinforces the importance of Pacific studies in Aotearoa. “When people say, what can you get out of Pacific studies, well you just need to look at where Damon [Salesa] and I are at right now.

“We have to celebrate these achievements to curb the misconceptions about Pacific studies’ relevance in the New Zealand curriculum.”

The diversity of the staff teaching Pacific studies at Auckland University “speaks to how interdisciplinary it is,” says Tiatia. “We have social anthropologists, public health specialists, historians, language experts, sociologists and more.

“You’ll find with a lot of our Pacific students, they come into Pacific studies thinking this will be easy, a walk in the park because it’s a subject about them, about their people. But they get in there and their minds are blown away.

“They get introduced to not just Polynesia, but Melanesia and Micronesia and they marvel at how vast the ocean is.”

The challenge for those teaching Pacific studies, Tiatia says, is how to strike the right balance between indigenous traditional knowledge and addressing issues faced by Pasifika in the contemporary world. “You look at the Polynesian Panthers’ time and now we’ve got this generation of students that won’t take any bullshit. They will call you out. They’re strong and steadfast in their values and what they believe in.”

While the Pacific is the poster child for the global environmental crisis, Tiatia observes there aren’t many Pacific people at the forefront of the fight against climate change. That’s another area where Pacific studies can play a vital role, she says, giving students valuable historical and cultural perspectives on the ongoing climate crisis. The more members of this and future generations who understand the impacts of climate change, the more voices will be advocating for change.

The environmental crisis is a hard topic to deal with on your own, but for those at the university’s School of Māori Studies and Pacific Studies, there’s a sense of comraderie in confronting the threat to the Pacific together. Tiatia says much of the feedback received from former students shares a common theme: that this is a place where students of all backgrounds feel that they belong.

“Pacific and non-Pacific students have shared with me that there’s a sense of belonging, being part of the ‘aiga’, or family, where the lecturers look and sound like you. We build confidence and empower our students to be able to represent us on issues like climate change.

“When you’re bathing in that positivity, that reclamation and embodying of our ancestors, there’s no way that you can’t succeed.”