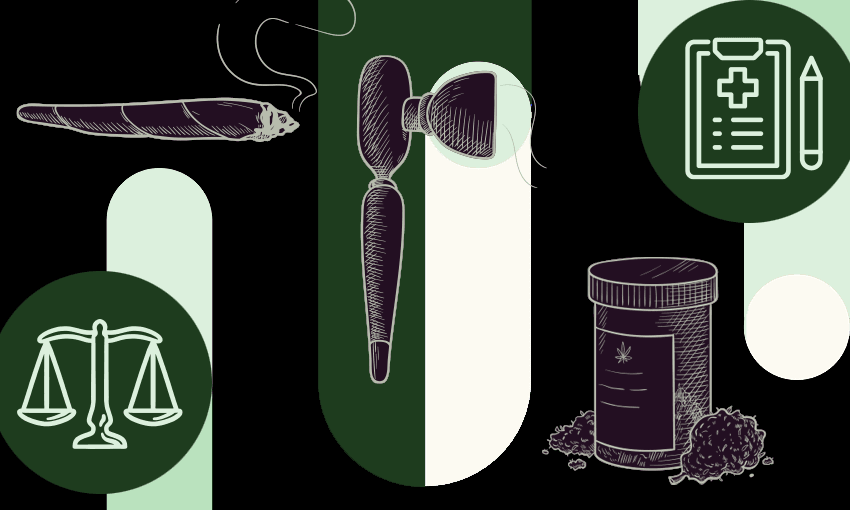 Who gets a conviction for drug possession, and who gets help?

Convictions for low-level offences are down in the two years since amended drug laws came into effect. But some big questions remain around who’s still getting prosecuted and what for, writes the NZ Drug Foundation’s Kali Mercier.

What would you want police to do if they found your child, relative or best friend in possession of cannabis or other illicit drugs?

Most people we talk to say they would like their loved ones to have an opportunity to get help if they need it, and to be left alone if they don’t. Funnily enough, no one ever mentions that they’d want them to receive a conviction for drug use. Why would we want it to be different for anyone else’s relative or friend?

Last week the Ministry of Justice released their drug conviction figures for 2021. We now have two full years of data since the government amended our drugs laws to reduce the number of people prosecuted for possession and use of drugs. The jury is in: the new law is better than what was there before. Convictions have fallen by 28% for low-level possession offences in the two years since the amendment, compared to the two years before.

Why do I think that’s good? Because convicting people for drug use is demonstrably a waste of time, resources and, most importantly, lives. Convictions have a bad knack of following you around, sometimes for decades, affecting employment, education, mental health, travel and family relationships. Meanwhile, the research suggests that the severity of a country’s drug laws doesn’t even impact how many people use drugs there.

People use drugs for many reasons, whether for fun and to feel good, or as a reprieve from physical, psychological, and emotional pain. Your age, where you live, your physical status, gender, ethnicity and who you hang out with are all much stronger predictors of what type of drug or alcohol you are likely to favour than that drug’s legal status. Wishing drug use away by banning and punishing it just doesn’t work.

Worse, exposing people who use drugs to the criminal justice system and even putting them in prison (this still happens), instead of providing support for complex health and social issues, can lead to further compounding problems. So it’s hard to find a downside when prosecution numbers go down.

But we’re still left with a big question: if we’re only going to prosecute some people, which people should they be? And as we try to reduce the number of convictions we hand out, what is the remaining justification for prosecuting anyone at all?

Here’s how it works now. When police apprehend someone who has a small quantity of drugs in their possession, they are required to use their discretion and decide whether to prosecute them, give them a warning or just send them on their way. Specifically, they are asked to consider whether a health-based approach would be “better for the public interest” than a prosecution.

That’s a strange and somewhat convoluted calculation for police to have to make. How does a police officer, untrained in drug treatment, or public policy, decide on the spot who goes the treatment route and who gets the conviction? It’s no surprise that this use of discretion is impacting some groups more than others.

But that statistic hides the fact that Māori continue to be “policed” at a much higher rate, and are four times more likely than other New Zealanders to be stopped and searched without a warrant. The result is that Māori, by population, are more than four times as likely to receive a conviction for drug possession offences than Europeans, and make up 48% of those convicted of drug possession. That’s despite Māori making up 17% of the population.

The second way police discretion falls unevenly is that officers are more than twice as likely to prosecute someone for drug possession or use if they find they have a prior conviction. But should prior offending really be relevant to whether you are offered counselling or addiction treatment, rather than a conviction? There’s a compelling argument to be made that the more offending you are doing, and the more drug use is impacting on your life, the more you might benefit from a health intervention: and the better it will be for the public interest if you get one.

The type of drug you’re caught with is also oddly important in the statistics. Those with no prior offending who are caught with cannabis now have just a 12% chance of prosecution. For those caught with methamphetamine it’s 51% and if you have LSD on you, watch out – there’s a 73% chance you’ll be prosecuted. There’s nothing in the law itself that says one drug is more worthy of prosecution than another. While Class A drugs such as LSD merit higher penalties under the law than cannabis (Class C), they are all equally illegal. So why the difference in prosecution rates? Remember we’re talking about possession of small quantities for personal use here, not supply.

Lastly, the police’s operational manual makes an interesting distinction. If you have addiction issues but are hesitant about getting treatment, that will weigh towards you being considered for prosecution rather than a warning. But surely society’s role is to help and positively motivate people with addiction issues to gradually find a way towards good health – not to lumber them with a stigmatising conviction? If they are committing other crimes alongside, they will no doubt face the legal consequence of that. It’s hard to see the value-add of including a possession or use conviction for drugs to the mix.

In summary, while we’re now prosecuting fewer people, the “chosen few” who do get a conviction are distinguished by a fairly random set of rules, and the impact is felt most by Māori, as well as those who have prior convictions and those who have addiction issues to deal with. Isn’t it time we moved fully to treating drug use as a health and social issue, instead of continuing to beat people who really don’t need the extra trauma with a blunt stick? After all, why should those few thousand people be the ones to carry the burden for the more than half a million of us who use illicit drugs every year in this country?