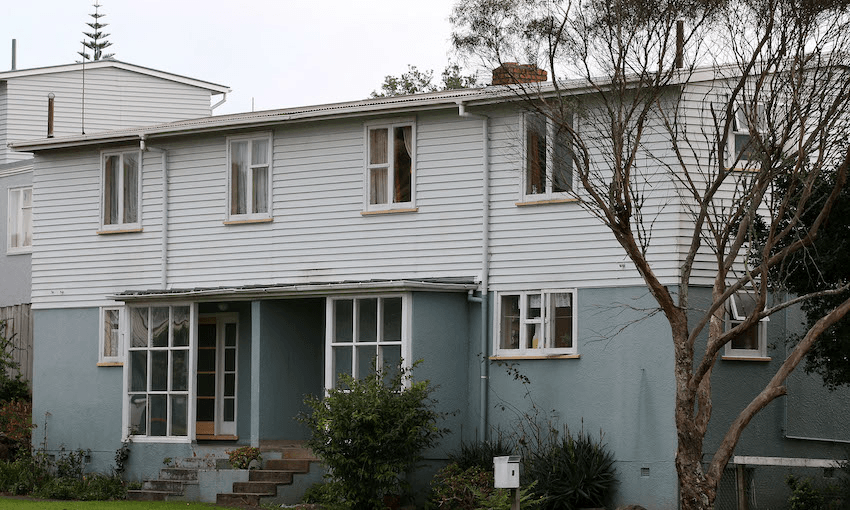 Two deaths at social housing complexes in recent days prompt a former tenant to write about her anxiety for those who remain – and her anger at those who maintain the status quo.

The news of two deaths at social housing complexes in Wellington and Christchurch over the weekend didn’t surprise me. It enraged me.

Our family moved into council housing in 2010 and even as a 10-year-old, I was acutely aware of what this meant. The complex we lived in stood on the main street of a wealthy Wellington suburb. The kids from my primary school scootered past my family’s financial situation as they made their way to the park. A boy in a Year 8 class once said to me, “I’m surprised you even have wifi in there.”

To this day, I still daydream about bumping into him and giving him a slap. But honestly, the joke on him is that the first six years of our time there was pretty great. Sure, our house was mouldier than forgotten bread in a student flat. But our complex held a diverse community of families from all backgrounds. Everyone looked out for each other. When a tired office worker crashed into my mum’s car one early morning, our neighbours lent her theirs for a couple of months. Their kindness kept her, a single mother of two daughters, afloat. Despite my deep insecurity about my family’s living situation, our neighbour’s freshly baked lemon cake always momentarily cured it. And most importantly, I felt safe.

This changed dramatically in 2017. Our lemon-cake-providing neighbours had saved up and managed to buy a house of their own. The happiness we felt for our friends disappeared as we began encountering serious problems with our new neighbours.

As an obsessed teenager, I had planned and ordered the perfect outfit for Harry Styles’ concert that year. The postal service tracking system said it had been delivered, but there was nothing at the door. After several phone calls, they finally managed to contact the delivery driver, who said two young women by my house had approached him for the package, saying I was their flatmate. The alarm bells rang when the description fitted our new neighbours. I knocked on their door in tears asking if they’d seen my package, but they said no and shut the door.

It may seem dramatic to cry over a lost package, but it’s these little things that quickly chip away at your perception of safety. It promptly got worse from there. Once, when I was walking back to my bedroom from the shower, I saw the boyfriend of one of our neighbours looking through the netting in my room. My best friend immediately got her dad to create fake security surveillance stickers to stick around our house.

What was once my home became a place of paranoia. And, being the eldest child in a first-generation immigrant family, I took on the responsibility of attempting to fix the problem. But all I got in return for my repeated calls to social housing services was work shifts spent crying. They said it was out of their control. By that point, my nights were spent bouncing between friends’ houses. I lost a lot of weight from the stress.

The only time it felt like someone was actually listening was when then mayor Justin Lester organised a meeting on my behalf. It’s sad that I felt surprised by his concerned response when he was only doing his job. This momentary sigh of relief came too soon, however, as all I got from the meeting were free tissues. “You’re always going to get some interesting characters living in a Wellington City Council housing scheme,” I was told.

What became clear was that my childhood insecurities came from a valid place. Some people will not value you nor see you equally unless your house holds a RV of $890,000. I can’t help but worry that this guides the ethics of some working in the state housing system. What finally got our neighbours evicted was an attempted break-in of our house in late 2018. This could’ve been avoided if the council valued the safety of their tenants a year earlier.

The system simply did not have our back. Instead, what guided my family through this was the kindness of people. I remember an occasion when the neighbours had stolen our clothes on the washing line – including my little sister’s school uniform. My mum had picked up many extra shifts because she wanted to treat my little sister to a brand new set, in celebration for her first year of high school. We reported the loss to the police but there wasn’t much they could do. My sister and I never saw the extent of how upset our mum was.

It didn’t become clear until my best friend sent me a Vic Deals post from a woman asking for help for her favourite supermarket checkout lady. The woman, it turns out, had been served by my mum, who was clearly upset about something. On finding out about the stolen uniform, the customer went out of her way to raise money for my mum. This is the type of kindness that got my family through that horrible time – those who see people for who they are, rather than as faceless victims of the housing crisis.

The news from the weekend has been absolutely devastating. In Wellington, the council said there had not been “serious concerns” at the Mt Cook housing complex before a woman was found dead there on Saturday night, but I can’t help but wonder if residents had complained in the past. A man has been charged with her murder, and the council has announced a review of its social housing policies.

The anxiety from my time in council housing is still with me today. In my first year of flatting, it was so severe I couldn’t sleep unless before bed, I wished exactly 21 times for whoever is up there to keep my family safe. Some nights, I’d even vomit from the worry. I’ve been taking anxiety medication for a year now but when I go home to visit my family, who still live in the same complex, I’ll call a friend when making the short walk from the Uber to the front door at night.

Three years on, I’ve come to the realisation that my former neighbours are not bad people. I simply think the system failed them. They were given a house as a solution for all their problems, but what they needed was wraparound support. Perhaps what they needed was just someone who would listen to them too.

In response to the death on Saturday, Fleur Fitzsimons, councillor in charge of Wellington’s social housing portfolio, said that “every tenant in city housing should feel safe in their home”. But safety should be the bare minimum. It’s wonderful to see so many new state houses being promised, but first we must make sure the tenants inside our current ones are supported. If we have any chance of easing this housing crisis, we must fix what is in front of us rather than simply extending the problem.