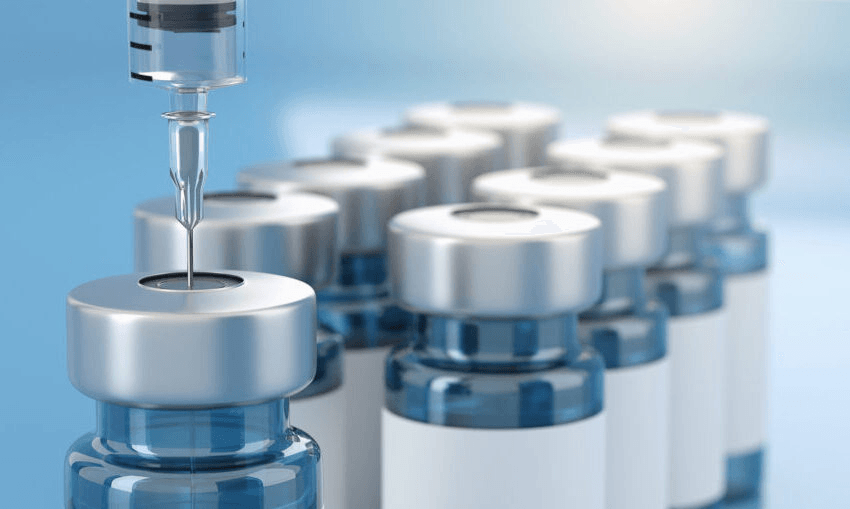 New Zealand needs to get on board the People’s Vaccine

As dozens of unions, advocacy groups and NGOs sign an open letter to the NZ government, Phoebe Carr and Edward Miller make the case for replicating the values of our domestic Covid response on a global scale.

The world watched stunned as New Zealand eliminated Covid-19 from our islands. We did it by listening to experts and going hard and early, coming together as a team, and sacrificing some short-term profit in a bid for long-term health, stability and freedom.

This March we have the ability to advocate for this approach on a global scale. South Africa and India have proposed a temporary relaxation of patent rules through the WTO. Temporarily relaxing patents, along with sharing knowledge on vaccine science, will make it easier for developing countries to produce and distribute generic versions of the vaccines, ending the pandemic sooner for all of us.

Unions, advocacy groups, and NGOs have signed on to an open letter written by It’s Our Future, and New Zealand Alternative asking the government to back this proposal at the WTO.

As it currently stands, experts are projecting that it will take until 2024 for low-income developing countries to be able to fully vaccinate their populations against Covid-19. On 18 January World Health Organisation Director Tedros Adhanom Ghebreyesus noted that while 39 million doses had been administered in rich countries, a mere 25 doses had been administered in low income countries.

The hoarding of Covid vaccines by a few wealthy countries, and a lack of global coordination to ensure equitable supply, risks entrenching this deep divide between wealthy and developing countries. This is obviously unfair. Access to life-saving equipment and medicines should not be based on who can pay: it should be based on need. It’s also unsafe. In a pandemic, we are not safe until everyone is safe, particularly as a virus left to reproduce will continue to mutate.

And the free-for-all in buying up vaccines is exploitative. Individuals and communities in many developing countries have contributed to trials and are now being abandoned.

Finally, it’s bad economics. A new study commissioned by the ICC Research Foundation found that the global economy could lose up to US$9.2 trillion if developing economies are denied access to Covid-19 vaccines.

Wealthy countries stand to shoulder up to half that loss and for New Zealand it will be no different, as many of our current and future trading partners are likely victims of global vaccine inequality.

Pharmaceutical corporations are legally monopolising the production of vaccines by enforcing patents. With a patent, they can block others from producing the same vaccine, and control the supply and prices.

This isn’t a new problem. Intellectual property barriers blocked access to HIV antiretrovirals for people in developing countries across the world, causing over 12 million unnecessary deaths between the late 1990s to the mid 2000s. Big Pharma made billions by enforcing antiretroviral patents while millions of people died of AIDS.

At the WTO, global intellectual property rules are governed by the Trade-Related Aspects of Intellectual Property (TRIPS) Agreement. TRIPS requires member states to protect the holders of copyrights, patents and other rights for a period of fifty years, making claims actionable through the WTO dispute settlement procedures.

Intellectual property advocates argue that these protections provide the financial incentive to innovate, giving companies the confidence to risk their capital on expensive and risky processes, such as developing life-saving pharmaceuticals.

The US and German governments provided funding to the Pfizer BionTech vaccine. The Oxford AstraZeneca vaccine received significant funding from UK taxpayers, while the Novavax vaccine, of which NZ has purchased almost 11 million in-principle doses, received at least $1.6 billion of funding from the US Government’s Operation Warp Speed programme. The development of these vaccines is another case of public knowledge, goods, and money being transferred to private companies.

In October 2020 South Africa and India proposed a temporary relaxation of patent rules through the WTO. They have called for a temporary waiver of four provisions of the TRIPS Agreement  to enable covid vaccines and know-how to be shared more equitably.

The waiver would last for a limited number of years, as agreed by countries, until widespread vaccine has occurred and the majority of the world is immune; it would be reviewed annually.

International organisations including Oxfam, Doctors Without Borders and UNAIDS have got behind this move.

The stakes couldn’t be much higher. Millions of people and livelihoods are suffering through this global pandemic and the economic crisis that stands in its wake. If ever there was time to relax strict intellectual property rules that protect the profits of pharmaceutical companies it’s now.

The South African and Indian proposal reflects what Jacinda Ardern has already called for: “equal global access to a covid-19 vaccine”. In July 2020, Prime Minister Ardern co-authored an op-ed in The Washington Post, with South African President Cyril Ramaphosa, saying “where you live should not determine whether you live”. Supporting South Africa and India at the WTO is about honouring that commitment.

Edward Miller is a spokesperson for It’s Our Future, a citizens campaign group that formed in opposition to the TTPA and other pro-corporate treaties. Phoebe Carr is a co-manager for New Zealand Alternative, an independent organisation promoting a progressive role for Aotearoa New Zealand in the world.