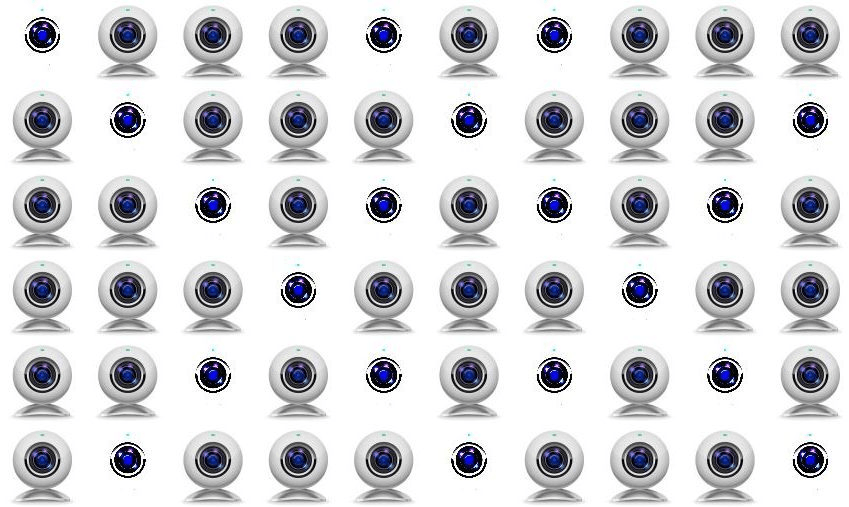 Cam girls: Meeting the women who do sex work via webcam

In the first of a new series on PhD students delving into fascinating subjects, Madeleine Holden talks to Madeline Henry, who is studying the critical psychology of digital sex work.

“Farts. Hiccuping. Pouring squishy food on yourself. Pretending to be a dog. Wearing a bunch of sanitary pads at the same time. And lighting your nipples on fire with shaving cream.”

I’m speaking to Madeline Henry, a master’s student at AUT, about the most unexpected things that customers request from the cam girls she’s researching. She’s writing her thesis on digital sex work in New Zealand, with a focus on “camming”, which is “basically where you put on some kind of sexually themed performance for an audience via webcam,” she says, “and they pay you for it.”

After completing a BA in Sociology and Media, Henry did her honours dissertation in Communication Studies, drawing on data from a project about families using Skype. After taking some time off academia, she heard about a friend of a friend who was camming, and decided to do her master’s in critical psychology on that topic.

So what is the topic, exactly? “My 30-second elevator pitch to someone who has led a blessed academia-free life would probably be a Seinfeld-esque, ‘What is the deal with camming?’” she says. “What’s going on now that sex work is moving online? Do we need to update our laws, arguments and views? Or is it a case of ‘the more things change, the more they stay the same’?”

Her research is interview based, and she’s been conscious not to replicate the anti-sex work lens of many academics in this area. “For a long time, and still quite often, research has been done through a radical feminist lens with the end goal of abolition, so it tends to be very judgmental and paints all sex workers as coerced victims with zero agency,” Henry explains. “So I read all that and was like, ‘Fuck, OK, I don’t want to be like that.’” Instead, she asks open-ended questions and lets her participants talk about what they think is important, covering everything from the mechanics of camming, how much money they make, privacy and security concerns, the social perception of sex workers and the degree of agency they feel they have over their work.

Camming is a relatively new practice, and still an under-researched area. As far as she knows, Henry is the first researcher to specifically discuss Kiwi cam girls – a unique context to focus on, given that sex work was decriminalised in 2003. However, despite the work’s legality, she’s finding that stigma is still a huge issue. “Most of [the participants] aren’t fully open about their work, and even the ones that are often talked about being mistreated or judged because of it, despite living and working in New Zealand,” Henry explains. “Camming doesn’t involve touching clients, which mitigates a lot of the usual anti-sex work arguments (‘Oh god, you’ll get assaulted!’ or ‘How can you have sex with all these different people you’re not even attracted to?’). So, the interesting thing is that most of the work cam girls are doing to keep themselves safe is reputation-based.”

In this regard, digital sex work provides unique challenges and dangers. “Privacy and security issues are huge with camming,” Henry says. “A lot of cam girls do a lot of work to try to keep themselves anonymous, like blocking servers, but literally all of them said that their streams would get ‘capped’ (recorded without their consent) and often uploaded to tube sites.”

The privacy concerns of camming are so pressing that some cam girls said they thought in-person sex work was in some ways safer. “To put it simply, if you bone somebody and it’s not filmed, it’s probably all good,” Henry says. “You can deny it and it probably won’t come back to haunt you. If it’s filmed — and even if you’re not boning anybody, you’re just, I dunno, pouring beans on yourself in a bathtub — suddenly no one will ever hire you again. The potential lasting effects of camming are pretty devastating, and some of my participants have major anxiety about having done the work because of how it could be used against them. But the work itself isn’t usually dangerous: it’s almost all stigma and people being dicks about sex work, and women being naked in general.”

Is camming lucrative? “Ooooh, that’s the other interesting thing,” Henry says. “So, I think camming, the way it’s presented in the media (like being a sugar baby) is that it’s sooooo easy and you just hang out for a couple hours and make thousands of bucks … But a finding that I want to emphasise is that cam models are putting in a lot of time and effort (so, labour) that isn’t being recognised as work.”

While she finds camming a “super interesting” area to research, Henry cautions prospective students against coming into the field with the kind of condescending, almost zoological approach characteristic of some researchers. She says anyone thinking of studying sex work needs to involve sex workers as closely as possible and let their perspectives inform the structure and aims of the research. “You should only go into this area if you care and want to make things better, not just to be like, “Ooh, look at me and my ‘controversial’ research.”

Do you have a fascinating postgraduate research topic you’d like to share with readers of The Spinoff? Email madeleine.j.holden@gmail.com.