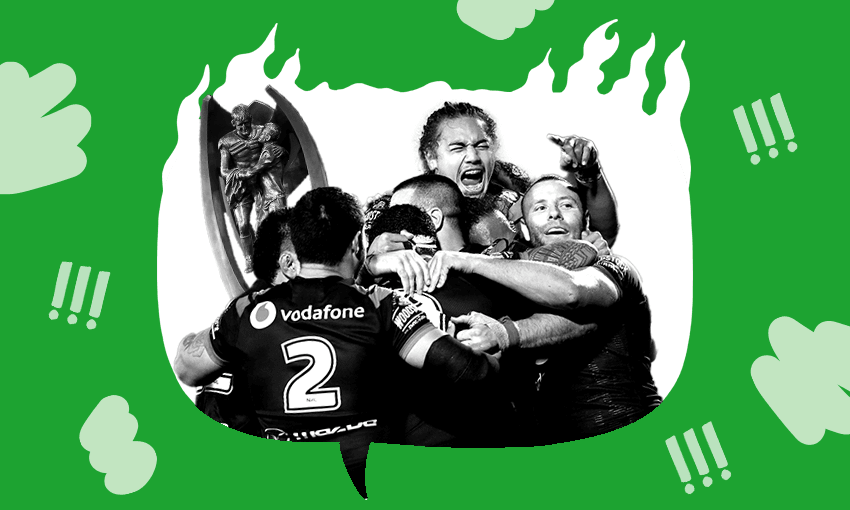 Get back on the bandwagon now – the New Zealand Warriors are going to win the 2024 NRL Premiership. Here’s how.

What do the Panthers in 2003 and the Sharks in 2016 have in common? Both teams won the NRL Premiership after finishing dead last just two seasons prior. After years of being a bit crap, they finally hit rock bottom. They woke up the morning after Mad Monday and decided enough’s enough – something has to change.

It may come as a surprise to learn the New Zealand Warriors have not yet found themselves in this position. Not once in the club’s mostly disappointing 27-year history have they finished the season in last place to take home the NRL’s wooden spoon. Even in 2004, the year subtitled “The Worst Year Ever” on the Warriors’ Wikipedia page, they managed to finish 14th out of 15 teams.

At the moment the Warriors are sitting 15th out of 16 teams on the NRL ladder. It’s objectively fair to say they are a bit crap right now, and have been for some time. The club hasn’t made the playoffs since 2018, and they haven’t won a playoff match since 2011, the year they made it all the way to the Grand Final.

Right now the club has an opportunity to change that. All they have to do is keep losing. A potentially vital game looms this weekend as the 15th-placed side returns to Mount Smart Stadium for the first time since 2019 to face the 14th-placed Wests Tigers.

Understandably, many will be hoping for the Warriors to celebrate their long-awaited homecoming with a win, breaking their seven-game losing streak (their record is nine, set back in 2017). Beating the Tigers would catapult them potentially as high as 12th on the ladder, and put them a potential two wins ahead of their biggest rivals for the bottom spot, the Gold Coast Titans. But at what cost?

Thinking about the big picture and recognising what’s at stake, Warriors fans should actually be hoping the team doesn’t win this weekend. Instead we should cheer them on to smash their own losing streak record and make history by finally winning the wooden spoon. Only once they hit rock bottom will they be in a position to win their first Premiership.